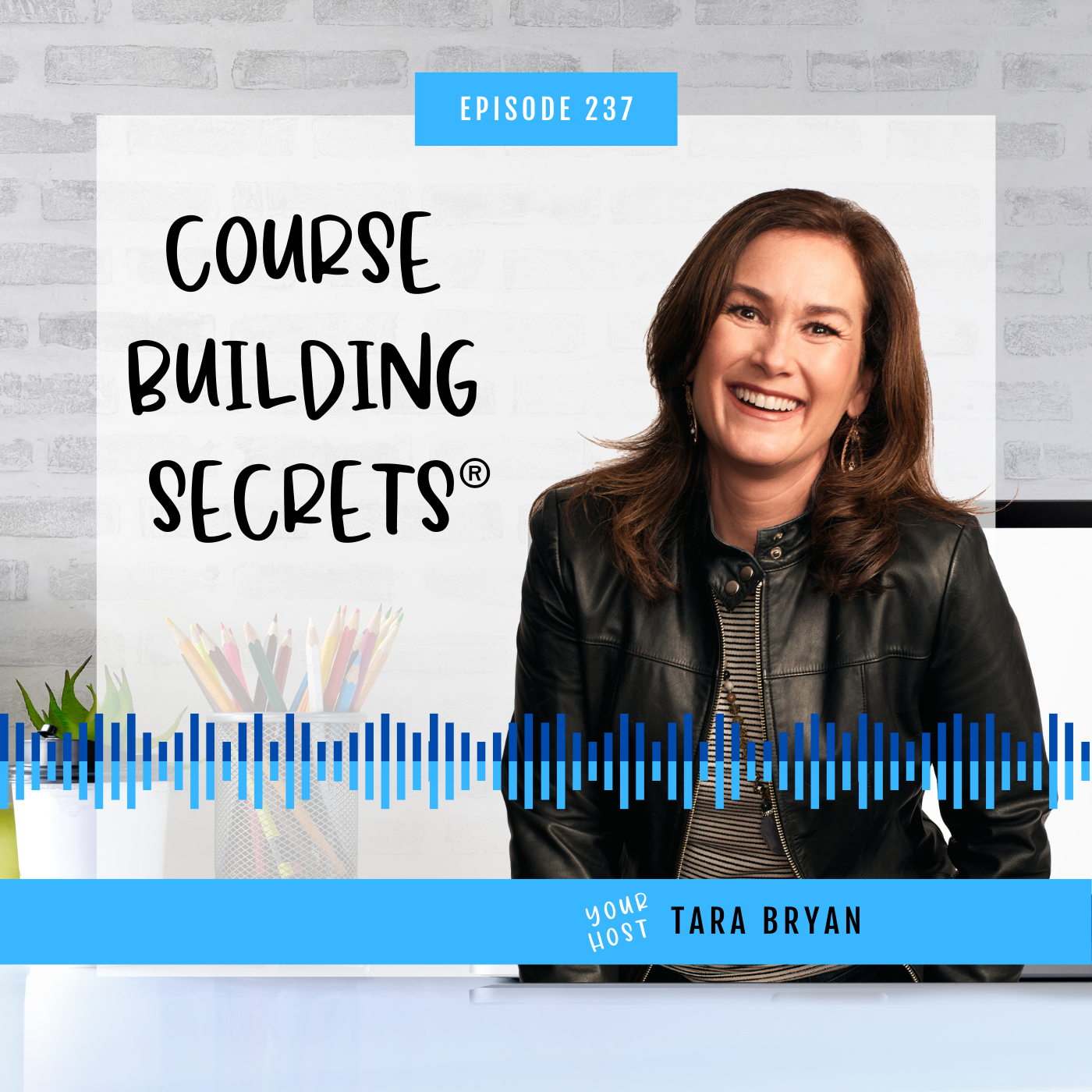 How do you handle accommodating potential clients at various levels of experience without creating a course or resource for each and every one?

In this episode, Tara breaks down the importance of assessing where your clients/customers are coming from and which is the best level for them. By developing various “levels” in your course that still lead towards one specific and measurable result, you are creating a natural ascension for your raving fans.

My name is Tara Bryan. I help business owners break into the next level of success by packaging their expertise into an online course experience. It's my passion to help to find the fastest path to results to create a greater impact and income for you and your tribe.

Check out my free Step-by-Step guide to building your online course. In it are the top steps and questions you need to ask before you get started. Check it out here: https://goto.taralbryan.com/step-by-step-guide

This group is 100% focused on support, knowledge and example sharing, and building a community of online course builders who are passionate about building awesome learning experiences.

In this community, we are passionate about building learning experiences that produce results for our learners. We do that by building engaging, motivating, gamified, and learner-centered courses. We come up with ideas and strategies to ensure that our learners can thrive and succeed in our product.

Here are two ways we can help you grow and scale your online course business:

1. NEED TO CREATE YOUR ONLINE COURSE?

Join LEARN ACADEMY - Learn Academy is the best Done-with-you Step-by-step Implementation program that will help you create, sell, and launch your online course.

2. ALREADY HAVE A COURSE?

Join THE COURSE EDIT - The Course Edit is a program that will assess your current online course to take it to the next level. Maybe you have a course that isn't selling or one that people aren't completing (therefore not remaining customers) then it is time for THE COURSE EDIT.

If you would like to get automatic updates of new podcast episodes, you can subscribe to the podcast on Apple Podcasts or Stitcher. You can also subscribe in your favorite podcast app.

Hey, everybody, it's Tara, Bryan, and you are listening to the course building secrets podcast. Whether you're a coach or a CEO, the success of your team and clients is based on your ability to deliver a consistent experience and guide them on the fastest path to results. This podcast will give you practical real life tips that you can use today to build your online experiences that get results and create raving fans. Why? So you can monetize your expertise and serve more people without adding more time or team to your business? If you're looking to uncover your million dollar framework, package it and use it to scale you're in the right place. Let's dive in.