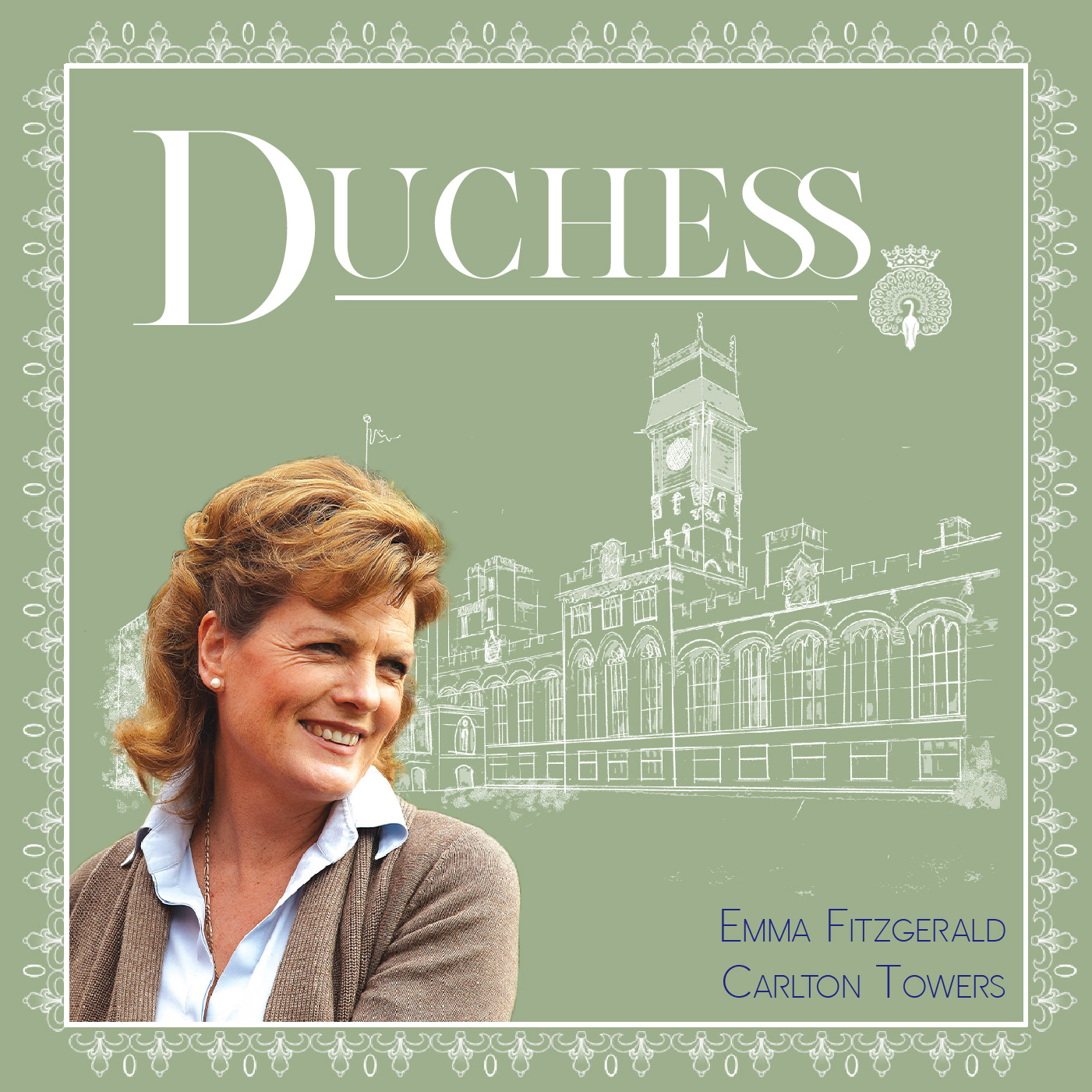 Today on the podcast, the Duchess travels to the magnificent Carlton Towers to meet Lady Gerald. In the show, Lady Gerald opens up about her daunting start to life in heritage, Lady Gerald explains how Carlton became ‘the greatest of all Victorian homes’, and the Duchess is introduced to Carlton’s ‘happy harp playing’ ghost!

"In heritage, there is a sense of duty and a sense of burden." - Duchess

"I'm fearfully proud of being a custodian and whenever we leave I am desperate to come back." - Lady Gerald

Born Emma Roberts, Lady Gerald is the daughter of a GP receptionist and is from Mayfield in East Sussex. Before marrying Lord Gerald Fitzalan-Howard she worked in recruitment in Kensington. She married her husband Lord Gerald in December 1990. The couple have three children together. Alongside her husband, Lady Gerald runs the estate and appeared on numerous television shows, such as The Guest Wing. Lord Gerald is the brother of the 18th Duke of Norfolk, who lives in Arundel Castle.

There has been a house on the site of Carlton Towers since the 14th Century. The manor was originally acquired by Nicholas Stapleton (1320 – 1372) who was Steward of the Household to King Edward II. The stunning appearance of Carlton Towers is largely due to the 9th Lord Beaumont whose dream was to create ‘the greatest of all Victorian country houses’. This he achieved after commissioning  two architects in 1873: Edward Welby Pugin (whose father, Augustus Pugin, designed the interior of the Houses of Parliament) and Sir John Francis Bentley who designed Westminster Cathedral. The family remained in Carlton until the last of the male line of Stapleton who died without an heir in 1716. In 1914 Bernard Fitzalan-Howard, 3rd Lord Howard of Glossop, great-grandson of the 13th Duke of Norfolk, married Mona Stapleton.