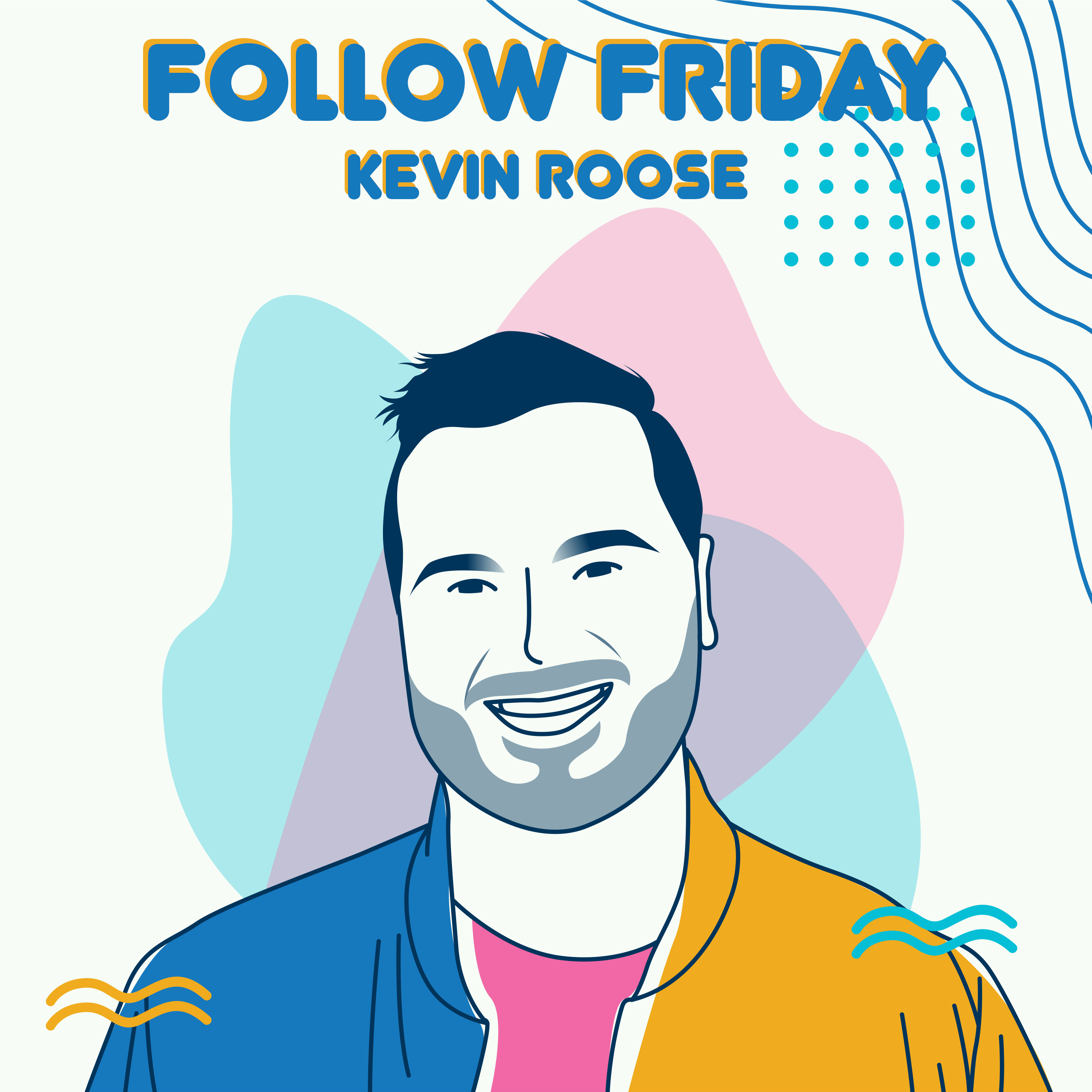 New York Times columnist Kevin Roose is best known for writing and podcasting about online extremism and disinformation. But his new book, Futureproof, is a practical guide that offers "9 Rules for Humans in the Age of Automation," making it a sort of self-help book for people who don't want to be replaced by robots.

"I was talking to someone yesterday and they said, did you write a self-help book?" Roose says on today's episode of Follow Friday. "And it's like, well, literally yes. I was trying to help myself."

He also talks with Eric Johnson about the risk of "becoming a monster" on Twitter, why a Facebook page for Christian moms makes him jealous, and the celebrity entrepreneur he's embarrassed to admit he follows. Plus: Why you should take a nap after this podcast is done.