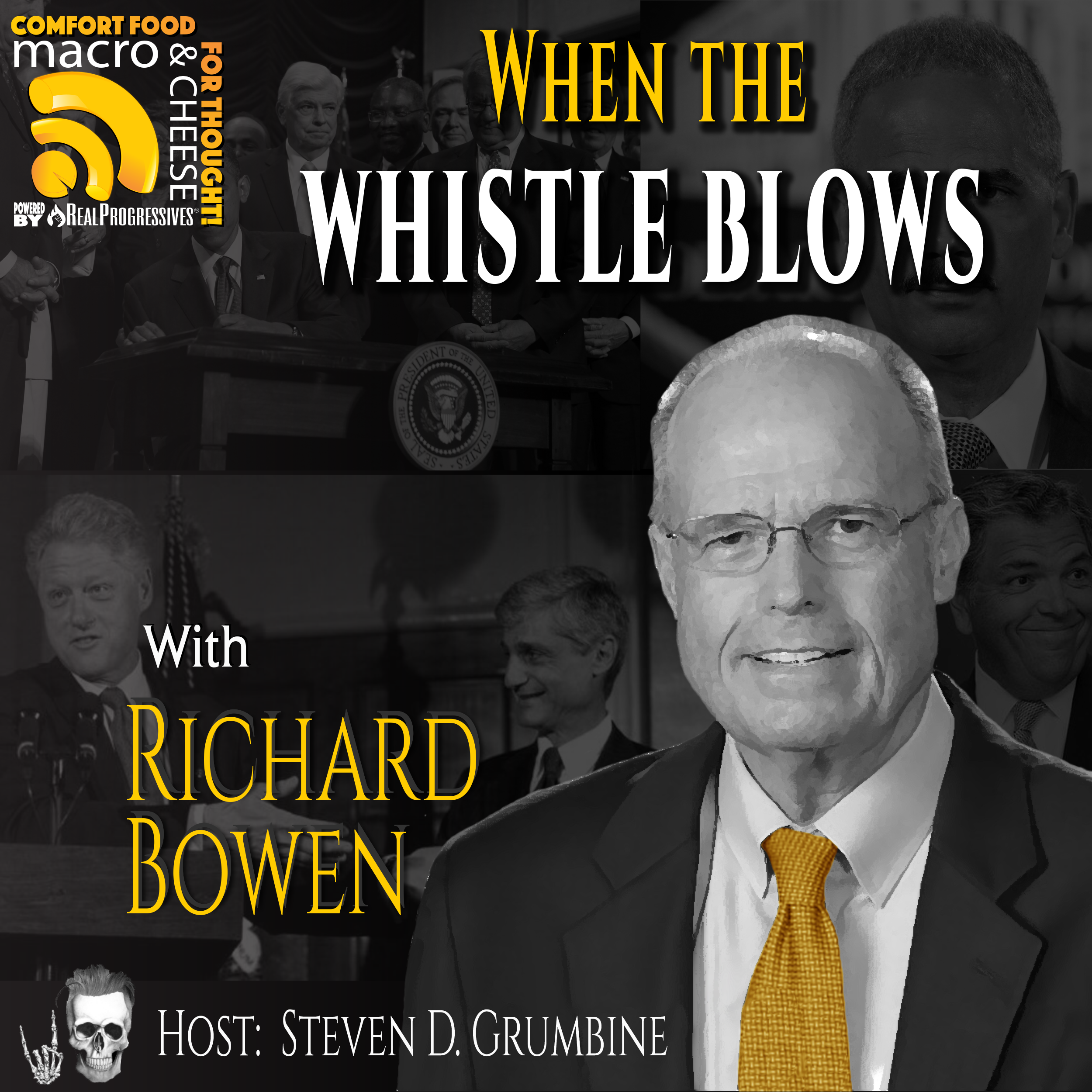 Steve Grumbine welcomes the uncompromising and incorruptible Richard Bowen to the studio to discuss the intricate web of deception and fraud more commonly known as our private banking system. Having been at Citigroup during the mortgage crisis, he had an insider’s eye view of the stranglehold the large banks have on our country. The financial services industry is one of the largest contributors to political campaigns and there’s a revolving door between the regulatory agencies and the institutions they’re supposed to be regulating. He can only conclude that the banking lobby controls the government.

In early 2006, when Citigroup consolidated its diverse mortgage operations, Richard was given a huge promotion to the position of chief underwriter. Citigroup was purchasing $90 billion worth of mortgages a year - mortgages they did not originate but purchased from other banks and mortgage companies. He was responsible for making sure  these mortgages met Citi’s  policy guidelines.

And that basically was the overall job. Now Citigroup, when they purchased these mortgages, immediately turned around and sold most of them. And when they sold them, they gave their representations and warranties. They basically gave their guarantees that these met our policy guidelines ... And, yet I was finding that 60 percent were defective. They did not meet our guidelines. So, silly me, I started issuing warnings. I thought it was my job.

Being a whistleblower is neither a glamorous nor rewarding position to be in, and as Richard tells his students at the University of Texas, one will pay a dear price for “blowing the whistle.” It takes a real toll professionally, personally, and physically. The most heroic acts are often thankless, and as demonstrated by our recent history regarding the treatment of whistleblowers, no good deed goes unpunished. But it must be done.

Citigroup’s handling of Richard Bowen was a story in itself. He came under surveillance and was frankly terrified, afraid to start his car without looking under the hood first. You’ll have to listen to the episode for the story. He was led a merry dance by the SEC enforcement division, who feigned interest in his reports, and the Financial Crisis Inquiry Commission, charged by Congress to investigate the financial crisis. If they find evidence of criminal wrongdoing, they are to send a criminal prosecution to the US Attorney General. This sounds like a slam dunk, given the treasure trove of documents he had submitted to the SEC.

But if you go down that list of all the witnesses, Steve, you won't find the name Bowen. That is because the congressional commission decided that all of my testimony, everything I told them behind closed doors, everything I gave them, everything they got from the SEC, everything including my original written testimony, it all needed to stay confidential. So it was sent to the National Archives with instructions that it could not be read for five years.

Why five years? Funny you should ask. Could it have anything to do with the fact that the statute of limitations for fraud is five years?

Richard Bowen was a senior vice president at Citigroup who blew the whistle on the mortgage fraud that helped trigger the subprime mortgage crisis. He is currently a professor of accounting at the University of Texas at Dallas. His story has been featured in the docuseries, The Con, the podcast, The New Untouchables: The Pecora Files, and the 60 Minutes story, “Prosecuting Wall Street.”