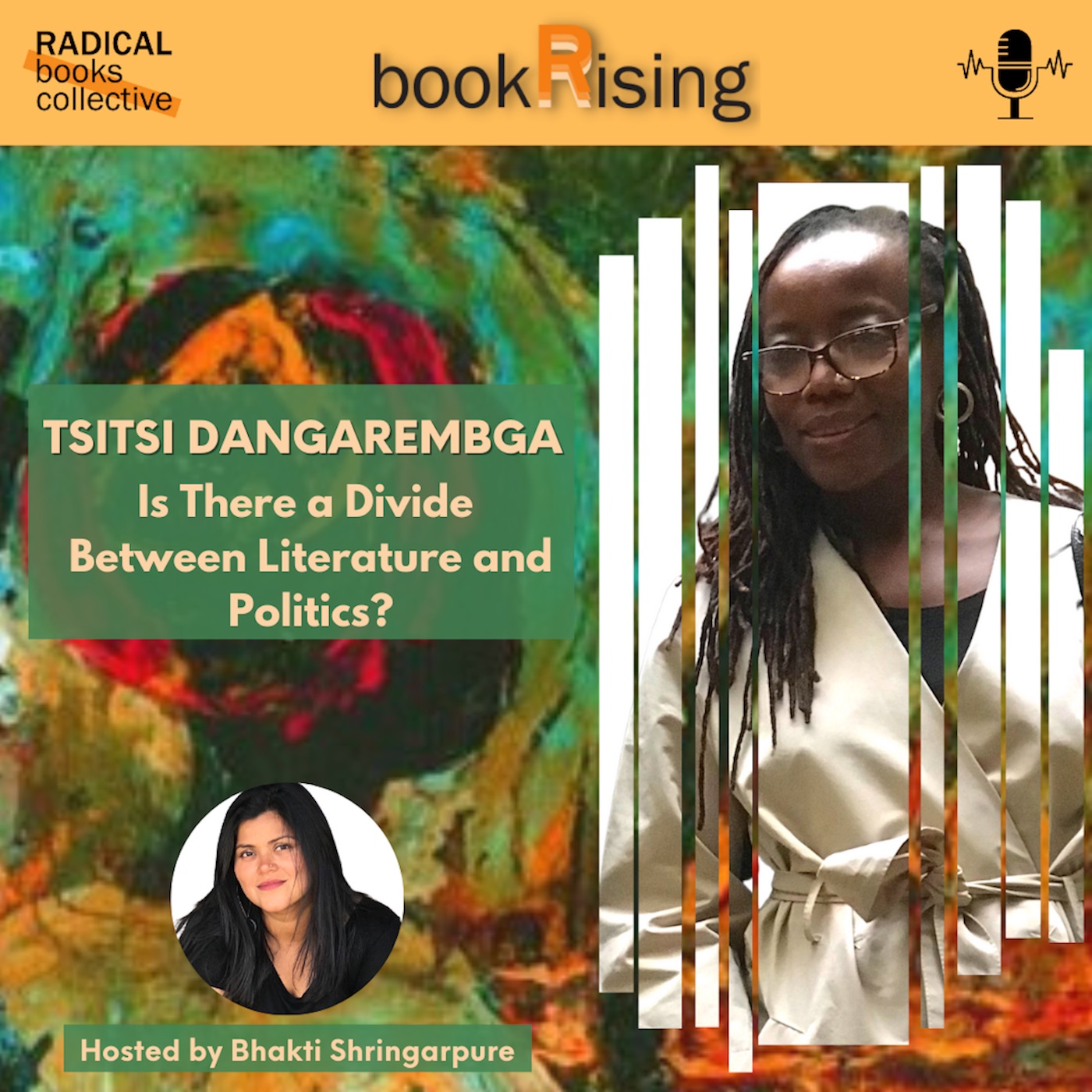 Novelist, filmmaker and activist Tsitsi Dangarembga joined host Bhakti Shringarpure from Harare, Zimbabwe. Dangarembga was awarded the 2021 PEN Pinter Prize which honors literary merit as well as fierce political commitment. The conversation explored the shape and state of "literature engagée" or the literature of commitment today and Dangarembga said that she sees no choice but to narrate the reality of Zimbabwean society and people. She admitted to be shaped by feminist thinking at an early age and strove to develop her writing style with the goal to introduce a "new kind of character to the world." Dangarembga also spoke about how hard it is to avoid being appropriated by capitalist forces and the many obstacles to producing literature as well as film. She also said that while the publishing industry is changing, it has too long been dominated by people who know almost nothing about African aesthetics, styles and modes of storytelling. Finally, Dangarembga said is now reading very selective narratives that she hopes, "displaces me from the center in my own mind." This list includes The New Age of Empire: How Racism and Colonialism Still Rule the World by Kehinde Andrews, Why I'm No Longer Talking to White People About Race b Reni Eddo-Lodge and Undoing the Revolution: Comparing Elite Subversion of Peasant Rebellions by Vasabjit Banerjee.

Tsitsi Dangarembga is a Zimbabwean novelist, playwright, and filmmaker. Her debut novel, Nervous Conditions (1988) was named by the BBC in 2018 as one of the top 100 books that have shaped the world. Dangarembga completed the Nyasha and Tambudzai trilogy after when her novel Nervous Conditions was followed by The Book of Not (2006) and This Mournable Body (2019). She is also a screenwriter and her films include Neria, Everyone's Child, Mother's Day and I Want a Wedding Dress. She was awarded the 2021 PEN Pinter Prize and was a finalist for the Booker Prize in 2020.

Bhakti Shringarpure is the Creative Director of the Radical Books Collective and the host for their BookRising podcast.