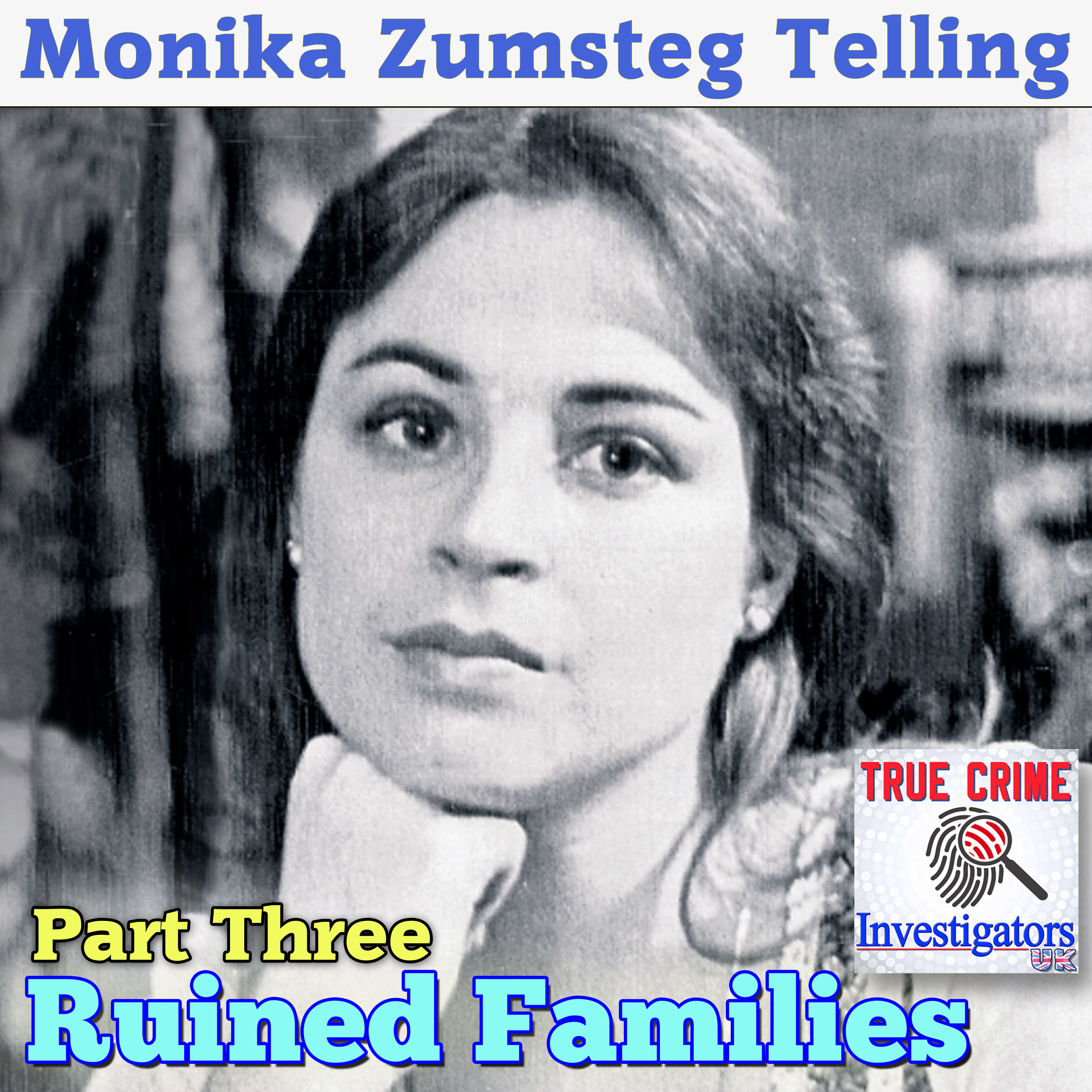 In the Autumn of 1980, a young aristocratic Englishman, Michael Telling, was in Sausalito, a city in Marin County, California, across the Golden Gate Strait from San Francisco, USA. He was riding a special edition Harley Davidson motorcycle. A chance meeting with an American couple, Lou and Elsa Zumsteg, their daughter Erika and other friends, whilst out for a motorcycle ride, was to change their lives forever...

Welcome to the final part of our #truecrime investigation into the murder of Monika Zumsteg Telling. In this third episode we discuss what happened after Monika’s headless body was discovered in a wooded area near Exeter Racecourse. We also talk about how Michael had tried to cover up the murder; which had happened five months earlier when Monika was shot and killed and how he had kept Monika’s body in the outdoor Sauna at Lambourne House. Followed by his arrest and subsequent trial in 1984.

Violent crimes and murders. They can affect and leave deep scars on even the most strongest of families. So we again talk with Erika (Monika’s sister) and discuss how the Zumsteg family tried to cope with their loss and the deep pain it caused them over the years.

If we can, we hope we have helped give Monika a voice during these three episodes and helped tell her sad side of the story to all of you.