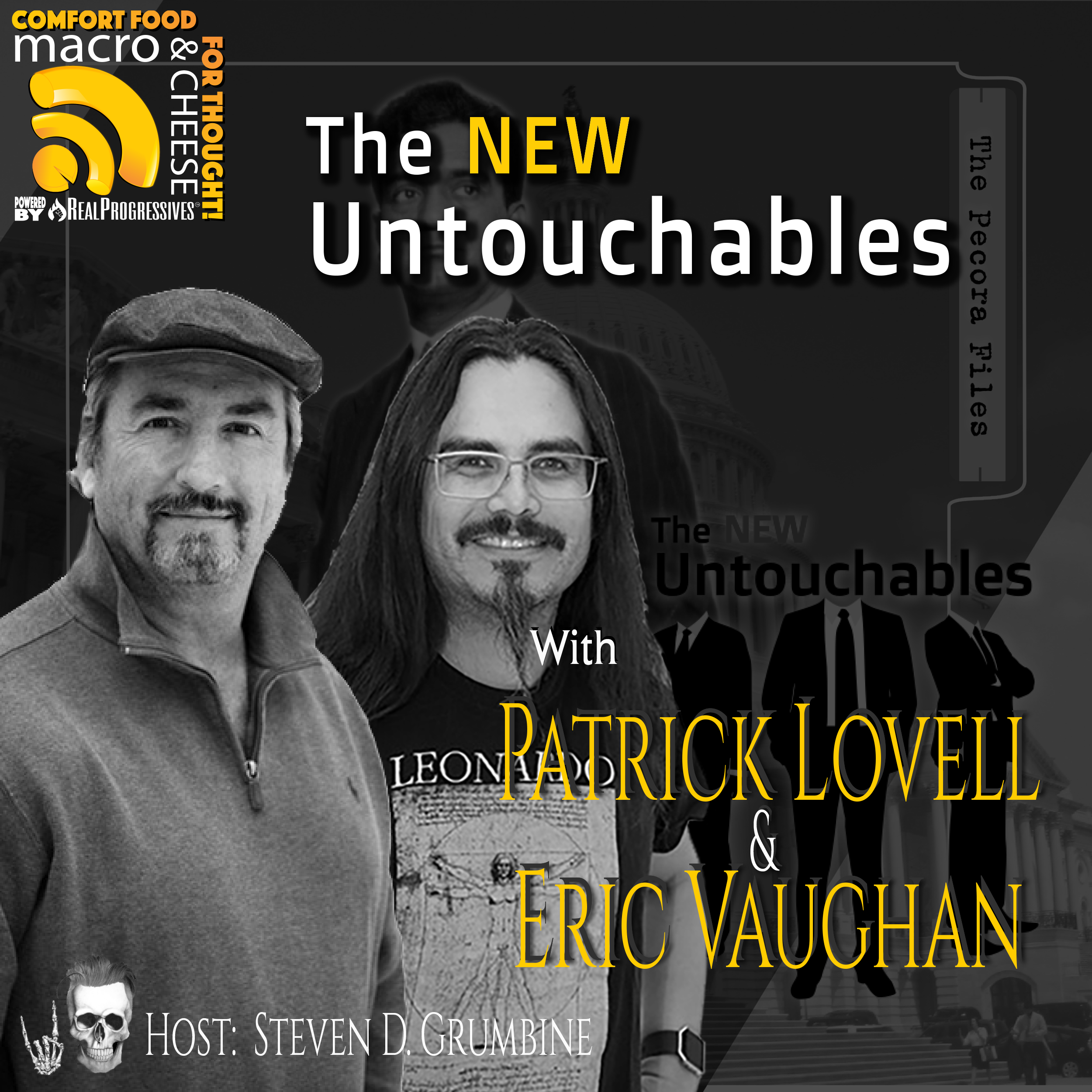 When Bill Black introduced us to Patrick Lovell and Eric Vaughan, they were just wrapping up production of their documentary series, The Con, about the 2008 great financial crisis. More than a year has passed and we’ve become partners on a podcast and video series, The New Untouchables: The Pecora Files. Both series have a second season; TNU’s is five episodes in, and season 2 of The Con is not yet scheduled for release. Stay tuned.

The episode opens with Steve telling Patrick and Eric about the responses to both series. Everyone was affected by the GFC, but many are still struggling to understand it. Eric jumps in to warn we must stop thinking of it as a past event. Just look out your window. We can expect an epidemic of homelessness with the coming spate of evictions and foreclosures.

Patrick and Eric originally came at The Con from opposite directions as each sought to unravel the process. Patrick had been looking for the culprits at the top of the food chain – the CEOs and their ilk. Eric was interested in the victims, who, as we have learned, meet very specific criteria and are just as necessary to the process as the corrupt executives and absentee regulators.

Recent news reports are full of stories about upcoming evictions as the COVID-era moratoriums are coming to an end. Congress has provided $47 billion in rental relief assistance, of which only about $3 billion has reached the people who need it. Patrick compares this to the ‘08 mortgage crisis when, after the trillions spent to prop up the banks, $50 billion was provided by the federal government to prevent foreclosures, to allow homeowners to modify their loans, to prevent foreclosures. Similar to rental relief, most of the money never reached those who needed it, due to a tricky process involving insurance and middlemen. The end result is the same, a corporate entity comes in and vacuums up all the foreclosed properties on the cheap.

Regulators are cops. Fraud and predation are crimes -- some on the books, some not. When it’s legal, it’s a result of the revolving door between the financial industry and politics. Changing the laws to ease up on corruption is itself corruption.

This episode lays out the fraud recipe step by step, from the top of the chain to the bottom, as fees generate fees. It’s not a narrow path. To make it work, they need assessors and underwriters who are willing to sell their souls. Patrick and Eric explain the whys and hows of liars’ loans and documentation fraud, among other practices.

When you see how strategic and cunning the predators had to be to entrap entire poor and minority communities, you must question why anyone would call the victims irresponsible. Yet we continue to hear it. Eric talks about our culture of victim-blaming, which allows us to point the finger at Addie Polk instead of Angelo Mozilo. What regulation we have is aimed in the wrong direction.

As cynical as many of us have become, whenever we hear stories about the extent of the elite control fraud and predation it still makes the blood boil.


THE CON will be available September 21st on Amazon, Apple TV, and XBox

Patrick S. Lovell is a 30-year veteran of media production. He is co-creator of Real Progressives’ series, “The New Untouchables: The Pecora Files.” Patrick is producer and protagonist of the documentary limited series: THE CON.

Eric S. Vaughan is an award-winning commercial director/producer with extensive experience in leading-edge media production from narrative films to VR/immersive experiences. THE CON is his long-form documentary series directorial debut. Eric is co-creator of Real Progressives’ series, “The New Untouchables: The Pecora Files.”