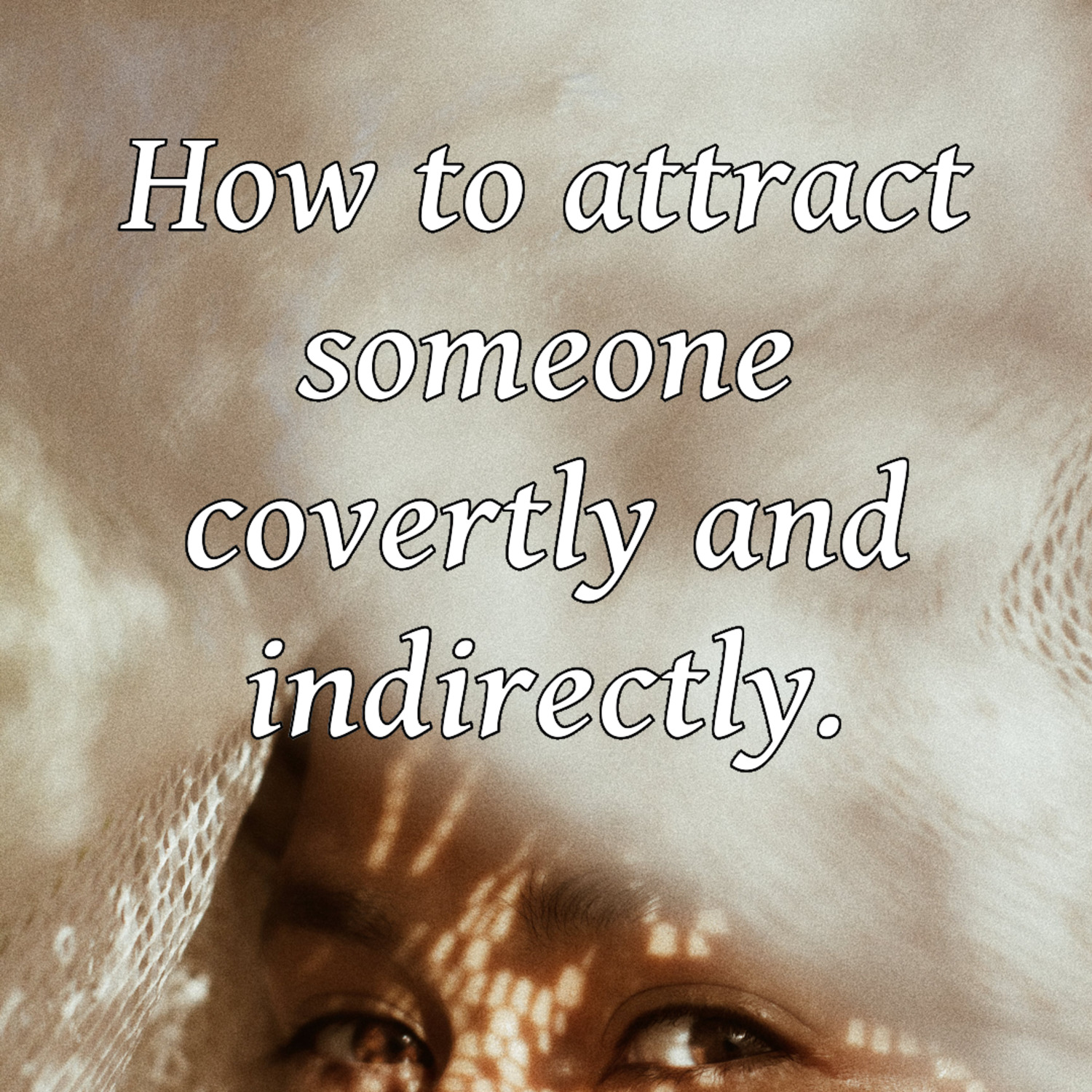 The chase is something we subconsciously do, despite outwardly decrying having to play dating games.

Mostly, the chase has to do with the appeal and addictiveness of intermittent rewards and understanding why human nature works this way.

What is the chase? There are countless definitions of it.

1. Implanting the idea of your romantic interest in someone so they end up pursuing you

2. How to attract someone covertly and indirectly

3. Conveying romantic interest in a slick and sly way

4. A mind game between two interested parties designed to make the other act first and show their cards

5. How to utilize hot and cold, push and pull behavior to entrance someone romantically

6. How to calibrate the right amount of romantic interest in someone to ignite their attraction to you

Hopefully, one or all of those definitions resonates with you—they all describe mostly the same situation or feeling that we try to create. The above come from different models for understanding attraction, but as we’ve said, though the models may differ a little, they all speak to an underlying understanding of an objective fact in the dating world: the connections we desire with others are seldom spontaneous or effortless, and usually if we want to interact with the people we desire, we need to do something to make that connection happen. What that “something” is varies widely.

Here’s what it boils down to: you want to create attraction with others, but you can’t show too much interest; otherwise, you appear too available and low value. But you can’t show too little interest, because then people might not even notice your overtures. Basically, you want to strike the right balance of attention and availability for people to see you in the most attractive light. This is extra tricky because, as we’ve seen, there are unknowns and a lot of guesswork involved.

Even for the people who say that they hate the chase and playing games, they have to admit that they instinctively do things differently when they want someone’s attention or affections. There are more passive and indirect ways to induce someone else to take action and come to us, but it all comes down, one way or another, to us chasing what we want.

Something odd happens in our minds when someone is too available, too interested, and too eager—and we don’t want to be that person! The opposite happens in our minds when someone is unavailable, aloof, and ambiguously interested. We instantly begin to wonder what we’re missing and what could be at stake if they suddenly lost interest. We feel like we need to chase them a bit to get back on their radar.

Just imagine how you felt when you knew that someone was very interested in you. You might actually be slightly repulsed and turned off. Now imagine that same person showed only occasional signs of interest in such a way that you were never truly sure how they felt about you. How do these situations color your perception of their value? The former makes you question their worth if they are so easy to attain and available. The latter makes you question yourself and your own feelings.

In his landmark study, he provided one group of lab mice with a reward every time they pressed a lever, while another group of mice obtained a reward only randomly after pressing a lever.

This tells us that the mice who were rewarded consistently ended up taking it for granted because they knew it would be waiting for them whenever they wanted. They likely got bored because part of the reward for pressing the lever was the anticipation of the reward itself. Whatever the case, they stopped trying as much. The mice who were rewarded inconsistently didn’t know when their next reward would come, so they kept pressing the lever to ease their uncertainty.

Coincidentally, this is also the exact psychology behind why gambling and slot machines in particular are so addictive—if you don’t know when your reward is coming, you’ll be motivated to keep searching for it. Once you finally receive a reward, you’ll be immediately looking for your next one because you are so unsatisfied with how long it took.

Intermittent reinforcement is what we try to accomplish with the chase. We are trying to present ourselves as ambiguously available in order to get someone else to pursue us and become fixated on us. We want to give people just a taste so they are unsatisfied and continue to seek you out for more attention or contact. If you think about your behavior during your pursuit, you’ll realize that this creed informed many of your actions.

Observe the chase in action:

• We delay texting back immediately.

• We pretend to be busier than we really are.

• We make our weekends sound more fun than they actually were.

• We avoid people sometimes even though we want to see them.

• We don’t tell people we like them or care about them even though we do.

We generally attempt to manipulate how available and interested we seem because that’s what creates the sense of intermittent reinforcement.

You meet someone with whom you instantly hit it off. You grew up in the same small town just minutes away from each other, and they share your love of noir fiction and old black-and-white movies.

No games this time, you decide. You’ve wasted too much of your life strategizing, so you’re going to be straightforward and skip the chase.

So you text them immediately after you get home, and then again in the morning when you wake up. You tell them your entire week is free. You reply to their texts within seconds and tell them about how much your family will like them. You ask whether they like Mexico or Greece for next summer’s vacation.

Every time you contact them, they start to look at their phone in disgust because it’s too much, too soon, and they’ve grown tired of the reward you are providing. We prefer a little mystery and intrigue; thus, the more in demand someone is, whether it’s work, dating, or friend-related, the more attractive they become.

Of course, instead of spending all this time and effort cultivating an image of a busy person who is in high-demand and unavailable, your time is far better spent actually being that high-value person: The type who actually needs to wait hours to text back because they are so occupied. The type who truly only has three free nights in the next two weeks.

Instead of plotting your text timelines and how to reply, become the person that is too busy with their friends, family, hobbies, and passions. It’s counterintuitive, but when you’re engaged, you become absolutely engaging. Playing the game can feel icky to some, so that’s the least positive interpretation of it.

You might not enjoy utilizing the chase, but if you’re going to date, at least play to win—in other words, create a sense of intermittent rewards and mystery.

People say they don’t like to play games. If, they say, you can’t make someone like you by conventional means, then you didn’t deserve them in the first place. Ask people who have been friend-zoned repeatedly how that’s worked out for them. Knowing what people are psychologically attracted to is undeniably effective and can often help you cross the line between nothing and a relationship.