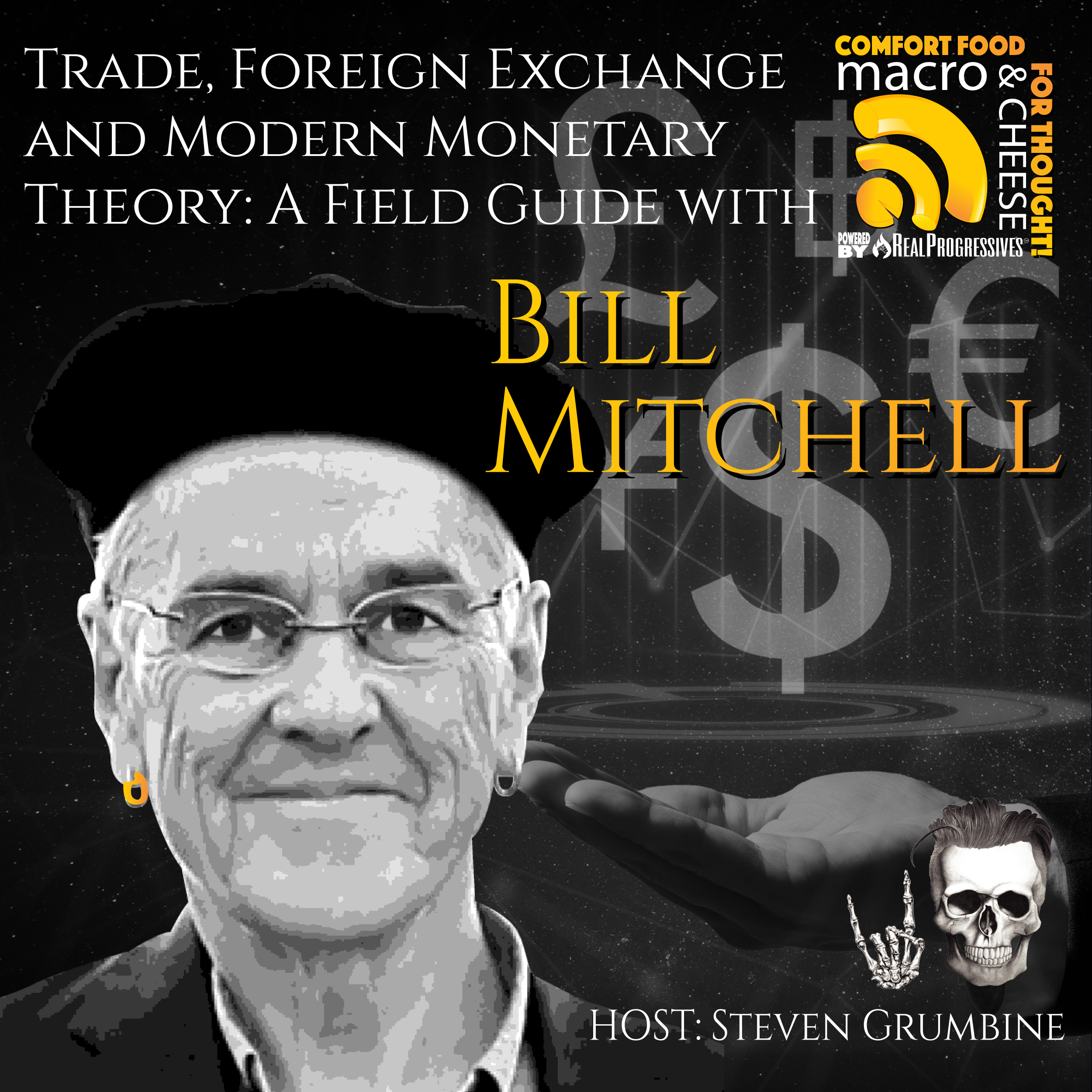 For non-economists to learn essentials such as the balance of payments, currency exchange, and trade between nations, presentation matters. The brilliant Bill Mitchell, as always, distills complex concepts in such a way that everyone comes away with valuable knowledge. He doesn’t simplify, but presents them as common sense. We recently came across this gem from Steve’s interview with him last year and immediately saw that it’s too valuable to gather dust in the library.

Bill begins by addressing a criticism of MMT that has confronted him since the 1990s: "it only applies to the large, closed economy of the US." He explains MMT’s relevance to his home country of Australia - a small, open economy - as well as to developing nations. Material conditions and availability of resources will differ, affecting the balance of imports vs exports, and their respective standards of living reflect these realities. Regardless, the insights afforded by MMT are just as legitimate.

MMT economists start with real-world behavior. Financial flows associated with trade can easily be traced. You go into a car dealership, buy an import, write a check or hand over your credit card, and ultimately your account is debited. But where do those numbers go? Some believe that when you buy foreign goods the money leaves the country and those dollars simply disappear. Bill points out that they can all be traced. “It’s not high intellectual stuff, it’s just detail” -- careful analysis of accounting conventions in real-time existence.

By looking at interactions between commercial banks and central banks - and interactions across currencies through international exchange markets - one can clarify the process and solve the mystery.

With a similar appeal to common sense, he punctures the mystique of the petrodollar, a favorite bug-a-bear of MMT critics. He talks about the changing role of central banks and the IMF from World War II until the present.

The conversation veers to the philosophical when Steve expresses frustration with naysayers and merchants of doom. Bill reminds him -- and us -- that most of us are ignorant outside of our limited realm of knowledge.

We extemporize our own experience which is narrow, ill-informed and emotional. We take advice from experts, relying on them to actually know what they’re talking about. He finds the "experts" in his own field to be a disgrace. In economic matters, we are guided by our individual life experience and that of our friends: debt is a matter of concern in our own household budget, so it must be the same on the national level. Then, we hear the “experts” reinforcing that view. It’s no surprise that we’re operating out of a fog of ignorance that reflects the dominant view.

It’s heartening to hear Bill Mitchell’s take on the cynics and pessimists who predict failure for the Job Guarantee, for they have “such a negative view of human capacity.” Imagine the complex physics, astronomy, and engineering that was required to put a human on the moon 50 years ago -- yet they’re saying we can’t put together a few jobs? The limitations aren’t financial.  Whatever logistical constraints might exist will require foresight, planning, and imagination. Certainly we can rustle up a sufficient amount to make big changes.

Bill Mitchell is Professor of Economics at University of Newcastle, Melbourne, Australia and creator of the first blog devoted to MMT.