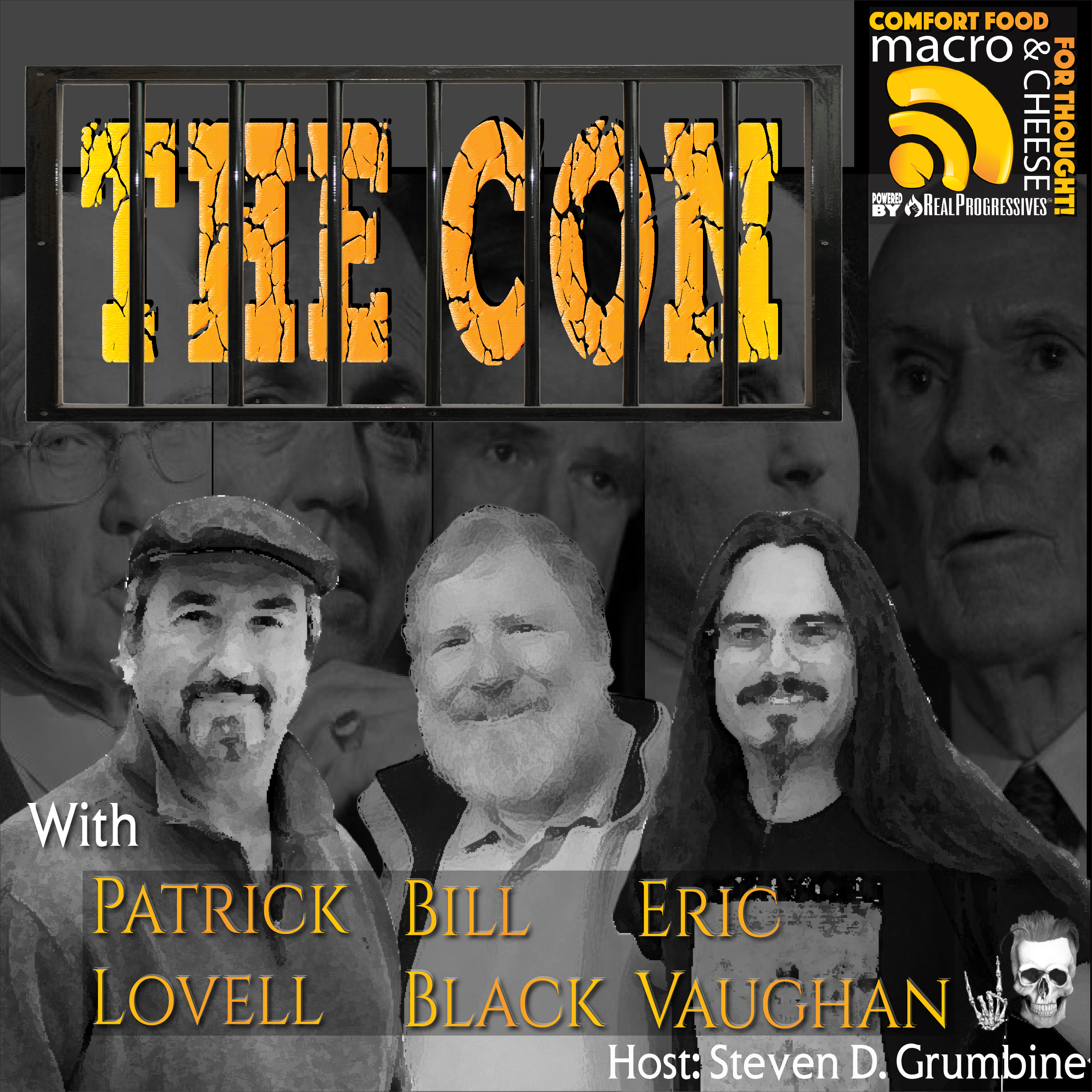 April was the 33rd anniversary of the Keating 5 Savings & Loan scandal, so we brought back our favorite former bank-regulator, Bill Black, to talk about it. It turns out that Bill has been involved in a documentary series about banking fraud and suggested that we should also hear from the directors, Patrick Lovell and Eric Vaughan. He calls them “the Coen brothers of documentaries.”

The Con is a 4-part series that was inspired by Patrick’s own experience during the 2008 Great Financial Crisis. He was a successful producer and entrepreneur who had built a business and owned a home for his young family. The financial crisis wiped him out. Listeners to our podcast will be struck by the similarities to Steve Grumbine’s story.

People who were hurt by the crisis say that they were struck by the disconnect between the media portrayal and their own real-life experiences. The victims were said to have been greedy and irresponsible, trying to “use their homes as ATMs.” The perpetrators were dismissed as a few bad apples. Patrick and Eric set out to uncover the true story behind 2008 and other financial crises. They were fortunate to find Bill Black.

To produce a financial crisis, Bill says there must be two crucial components: elite crimes at the very top of the private sector and corruption by their political allies in the public sector. The Keating 5, in fact, were US Senators who got together with the specific purpose of pressuring S&L regulators to go easy on Charles Keating, the owner of Lincoln Savings & Loan. Bill calls it the first act in the three-act tragedy that produced the GFC.

In making The Con, Patrick and Eric began looking for a top-down explanation of the financial deception that trickled down to ordinary people and caused tens of millions to lose their homes. But when they heard Bill Black say that the targets of people like Keating were “the meek, the weak, and the ignorant” it opened a new lane of investigation for them. Whether being conned into taking a risky mortgage or putting their life savings into uninsured junk bonds, the scams were carefully orchestrated to target the most vulnerable among us. The Con tells their stories as well.

The series is made in the style of a true-crime documentary, which seems like a good way to emphasize that these were not just boardroom shenanigans. They were crimes, perpetrated by criminals on real-life, flesh-and-blood victims. The people who tried to do the right thing were also victimized; they were silenced and, for many of them, their careers were ended.

Bill Black always has important lessons for us. It’s fascinating to hear what these two film-makers learned from him; they clearly value him as much as we do. The Con should be released sometime this summer. We hope they’ll come back then to talk about it.

Patrick S. Lovell is a 30 year veteran of media production. He is producer and protagonist of the upcoming documentary limited series: The Con.