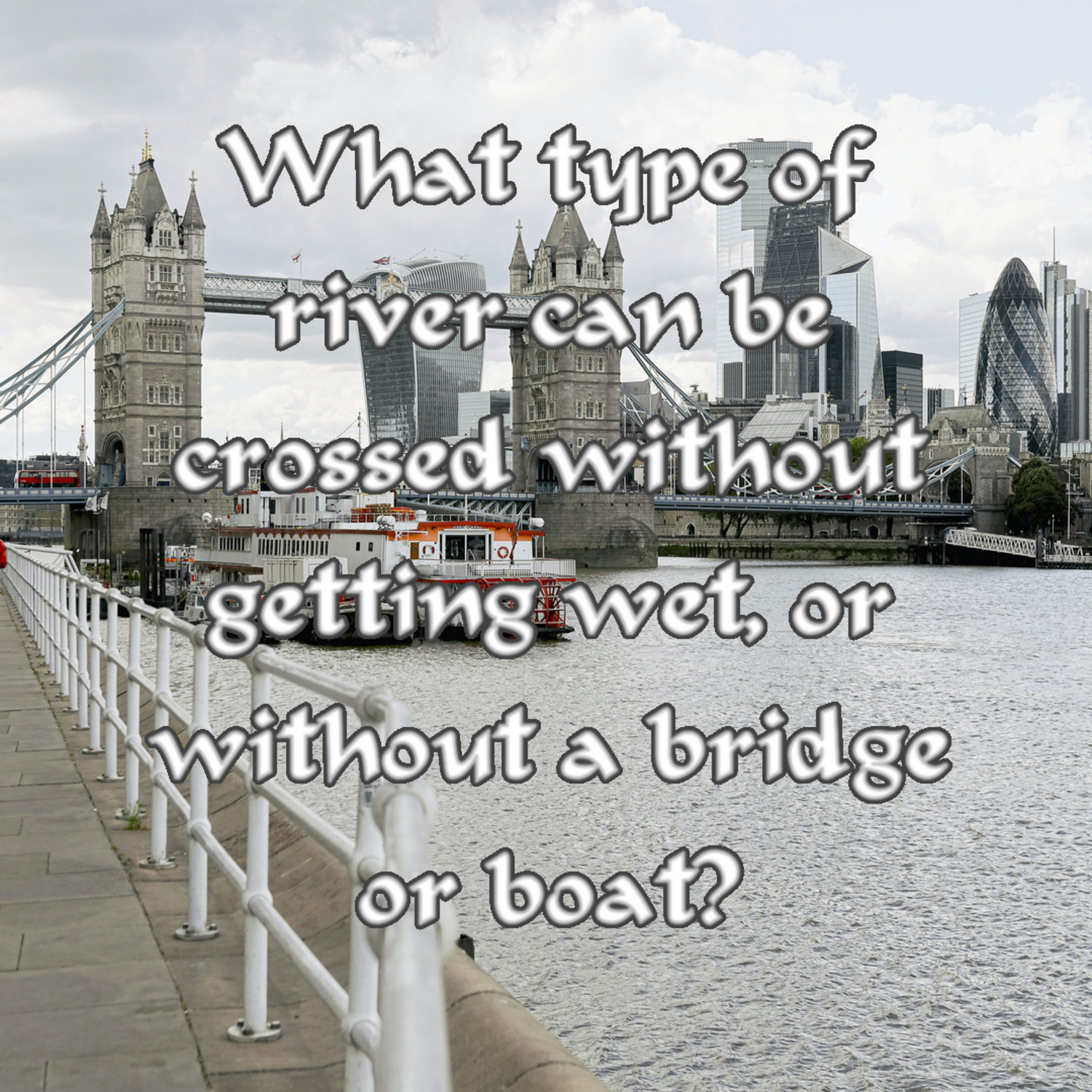 I don’t have a voice, but I speak to you. I tell you all the things that people in the world do. I have leaves, but I’m not a tree; I have a spine but am not human. I have hinges but am not a door. What am I?

The Man, the Car, and the Hotel

We’ll finish this section with a riddle in the same family. We’ve looked at how our assumptions about numbers, words, and concepts can trip us up and keep us from seeing the solution—we’ll take this idea further in this riddle and look at how important context is.

The shortcuts our brain makes are usually to our benefit—right up until we are faced with a truly unique and novel situation. Then, our mental models fail us, and our cognitive shortcuts can actually lead us down the wrong paths. Some riddles seem to be designed to artificially violate our ordinary assumptions, but there are certainly instances in real life where there is a problem in one perspective, which disappears the moment you shift into a different perspective.

This kind of lateral, out-of-the-box problem solving is not routinely taught in schools, but is arguably more valuable than simply knowing how to solve rote problems from memory or an ingrained sense of convention. When was the last time you solved a truly novel problem, or sincerely looked at something in a completely new way? Though the following riddle is contrived and silly once you understand the “trick,” it points to something bigger in the way we usually think: that we rely heavily on context and habit to tell us what something means.

The riddle goes like this: “A man takes his car to a big hotel, and the moment he arrives there, he is instantly declared bankrupt.”

The question is, why?

We could imagine that the man was on the brink of bankruptcy, and the last straw was reached coincidentally as he arrived at the hotel. Perhaps something happened at the hotel to trigger his bankruptcy, like meeting with his accountant who officially declares it. Though this is all plausible, by this point in the book, you probably know that the answer will have to be a little more than this!

We could guess that there’s something meaningful about the hotel, the car, and the man going bankrupt. What could their relationship be? Or more importantly, can we imagine a particular context where this scenario does not seem strange, but completely run of the mill?

What is the relationship between the man and the hotel? Does he own it maybe, or is he visiting? There to do business?

How could someone know that they have immediately become bankrupt simply by being in a place?

Can we imagine a totally different context to the ordinary—i.e. what other contexts include cars, hotels, and going bankrupt as the norm?

The answer to this riddle is this: the man is playing the game Monopoly, with the car piece as his token. When he lands on a square with a hotel belonging to another player, he realizes he’ll have to pay more than he has, and declares bankruptcy.

Sometimes scientific researchers or anthropologists are puzzled by some new finding or bit of data—until they consider where it came from. When they put certain crucial details into place, it all makes sense. They realize their data is impossible when applied to creatures on earth, but not for deep sea animals, for example, or they understand that what is perceived as threatening in one culture is actually welcoming in another. The facts of the problem haven’t changed—only the context has. We’ll consider context in a later chapter.

As you make your way through these riddles, you’re likely learning new ways of seeing information, new mental tools, new ideas about how to approach the unknown. To simply think about the way you’re thinking (metacognition) is already a giant leap. We’ll soon look at many more riddles, but at the end of the book, we’ll try to synthesize all the skills you may have gathered along the way. Riddles are fun, but they’re even better when you imagine them as training for higher-stakes, real-world problems after you close the book.

Here’s the next riddle: “I don’t have a voice, but I speak to you. I tell you all the things that people in the world do. I have leaves but I’m not a tree; I have a spine but am not a human; I have hinges but am not a door. What am I?”

Even if you have never heard this particular riddle before, you may well recognize the tone and format (“I have this but am not a that . . .”). After the previous riddles, you may well have immediately spotted the way to solve this: the item has leaves, a spine, and hinges, only not in the ordinary way. It “speaks” but not in the usual way.

This tells us that the riddle relies on a simple word game. Can we think of other, unexpected meanings or uses for leaves, spines, and hinges? Can you think of one single item that has all three of these things, but not in the expected way? The answer might be obvious to bibliophiles: it’s a book. You may have also guessed an encyclopedia. We solve the riddle by searching our mental databases for the one item that possesses all these characteristics, understanding that the concept is a little different from the more standard one.

A Dog Crosses a River

Let’s dive right into the next one: “A man is on one side of a river, and his dog is on the other. The man calls his dog, and the dog immediately crosses the river, despite there being no bridge of any kind or a boat. The dog reaches the other side without getting wet.”

The question is, how did the dog do it?

Again, on the surface, we have a seeming impossibility. What set of conditions can explain and justify these facts? The main problem seems to be our assumption: “Going into a river makes you wet.” I’m sure you can see where I’m going with this: can you imagine a special kind of river that doesn’t make you wet when you cross it? Or can you imagine a special way for a dog to cross a river that means it doesn’t get wet?

Maybe you imagine the dog crossing the river in a giant waterproof hamster ball, or imagine that the river is really small and can simply be leapt across. These are all legitimate answers, since they draw on your creative thinking prowess. But barring the dog owning some kind of rocket pack or having Jesus-like abilities to walk on water, you might soon turn to the river as the source of the problem. But aren’t all rivers wet? Remember, there is no bridge, not even a series of rocks to hop along, and even if the river was very shallow, the dog would still get his paws wet, which he does not. Yet, he crosses the river. Something must be wrong with our assumptions!

Is it really true that all rivers are wet?

For some people, that may be enough of a clue. When someone says “river,” what pops into your mind? Is that really the only way for a river to be?

By now you might have guessed the answer: the river that the dog crossed is actually frozen.

Don’t worry if you didn’t get it. We all have mental models and fixed concepts we conjure when we hear certain words. But of course, real life is a lot more complex and varied than our necessarily simplified mental models—i.e. the map is not the territory. Any word, symbol, idea, or concept is necessarily made simpler than it really is. Though we understand that rivers can freeze and completely change their properties and characteristics, the truth is that our mental image of “river” is very basic and inaccurate, probably corresponding poorly to real-life rivers everywhere.

Also consider the element of time in your problem solving, and make room for the fact that some aspects will change or take on many different forms. This is an extra variable seldom considered. How did this enormous fish find its way into this tiny pond that’s shut off from the larger river? There’s no miracle—it simply swam into the pond when it was little. The next time you read a word on a page that is intended to point to a real-life phenomenon in the world, remember that it is just a word, and that the thing itself is often more varied, more complex, and more interesting than the symbols we use to talk about it!

A Man in the Rain

Let’s continue with the theme of water and getting wet. The next riddle goes like this: “A man is out walking, and it begins to rain. He’s in the middle of nowhere with nowhere to hide, no umbrella, no hat or hood, and nothing at all to cover himself with. In fact, when he arrived home, he was completely soaked through. However, not a single hair on his head was wet. Why?”

Okay, let’s run through the more ordinary possibilities—maybe the rain stopped long enough for the man’s super fine hair to dry? Maybe, but this doesn’t explain why his clothes were soaked through; surely they would have dried a little as well if his hair had time to dry?

As we’ve learned to do, let’s explore the full realm of possibilities by looking not so much at the problem itself, but the method by which we’re attempting to solve the problem. The riddle goes to great lengths to explain that the man was not wearing a hat or any protection over his head, so we can eliminate this as a possibility. There is no point in trying to imagine how he covered his head—we will probably have to look down a different avenue.

Is there a way to walk that exposes your entire body to the rain, but not your head? Maybe you can imagine a freakish man who can somehow tuck his head under his shoulder like a bird. Still, once we are in the realm of bizarre solutions, we may be flexing our creativity, but it’s not really a true solution yet.

Let’s read the riddle again and be sure that we’ve understood what is being asked of us. The riddle says, “Not a single hair on his head was wet.” Have you guessed it yet?

The answer is: the man was bald!