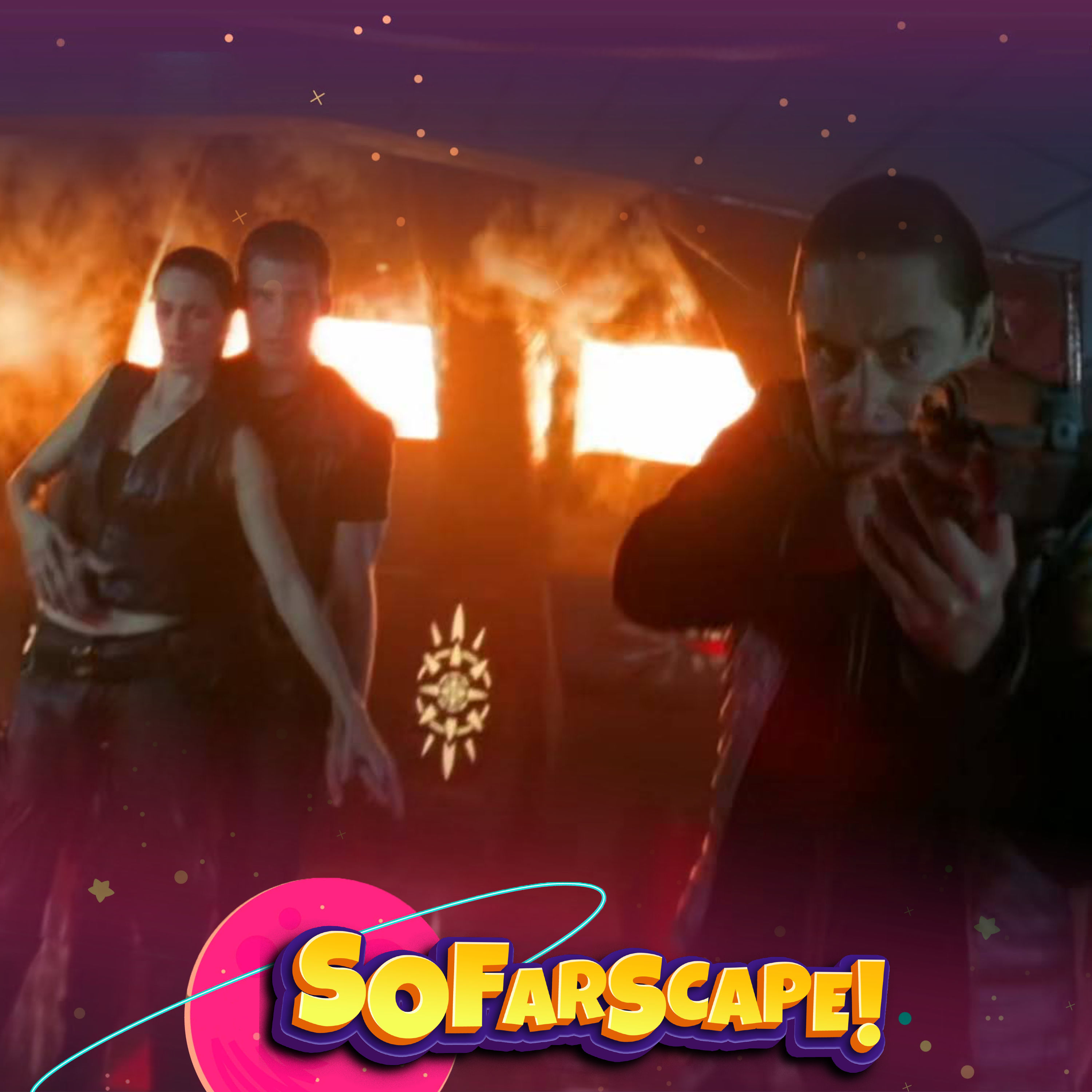 Talyn's passengers find their baser urges irresistible during a struggle to save the ship from a star's mesmeric pull.

“Things get spicy when the crew goes crackers teaching Talyn about the danger of too much sun exposure, but at least Aeryn gets plenty vitamin "D." ” (thanks Jenna!)

“With the ghosts of hell and heaven, Icarus's attempts are less than seven, A Banik becomes Queen, So much sexy steam, And horniness dialed up to eleven.” (thanks Ric from the Delta Quadrant!)

“Shakespearean tragedy as our crew experiences some vices, wrath, lust, gluttony and pride. But only the half blind will lead, as a moth to a flame, from the pilot's den. ” (thanks Dreamscaper!)

“A siren calls for Talyn from inside a burning star. Meanwhile, Stark becomes Talyn's pilot, and the crew must face off against a lava man.” (thanks Billy Roberts!)

“Like odysseus crossing the sea, the crew has to rush to keep the ship from being drawn into a star. Featuring a spacial siren song, sensual stimulants, superfluous sections of the ship, and a smorgasbord of salty snacks.” (thanks Redshirtwookiee!)

“A Sun sings a song, while another Sun is into oral healing. Earth man is standing at attention! Lava's a many splendored thing, they say! ” (thanks MatthewB!)

“A God-like alien causes some unwanted mist to be released which makes the crew go a little crackers. The mist is not your friend, bad mist, naughty mist!” (thanks Lucy !)