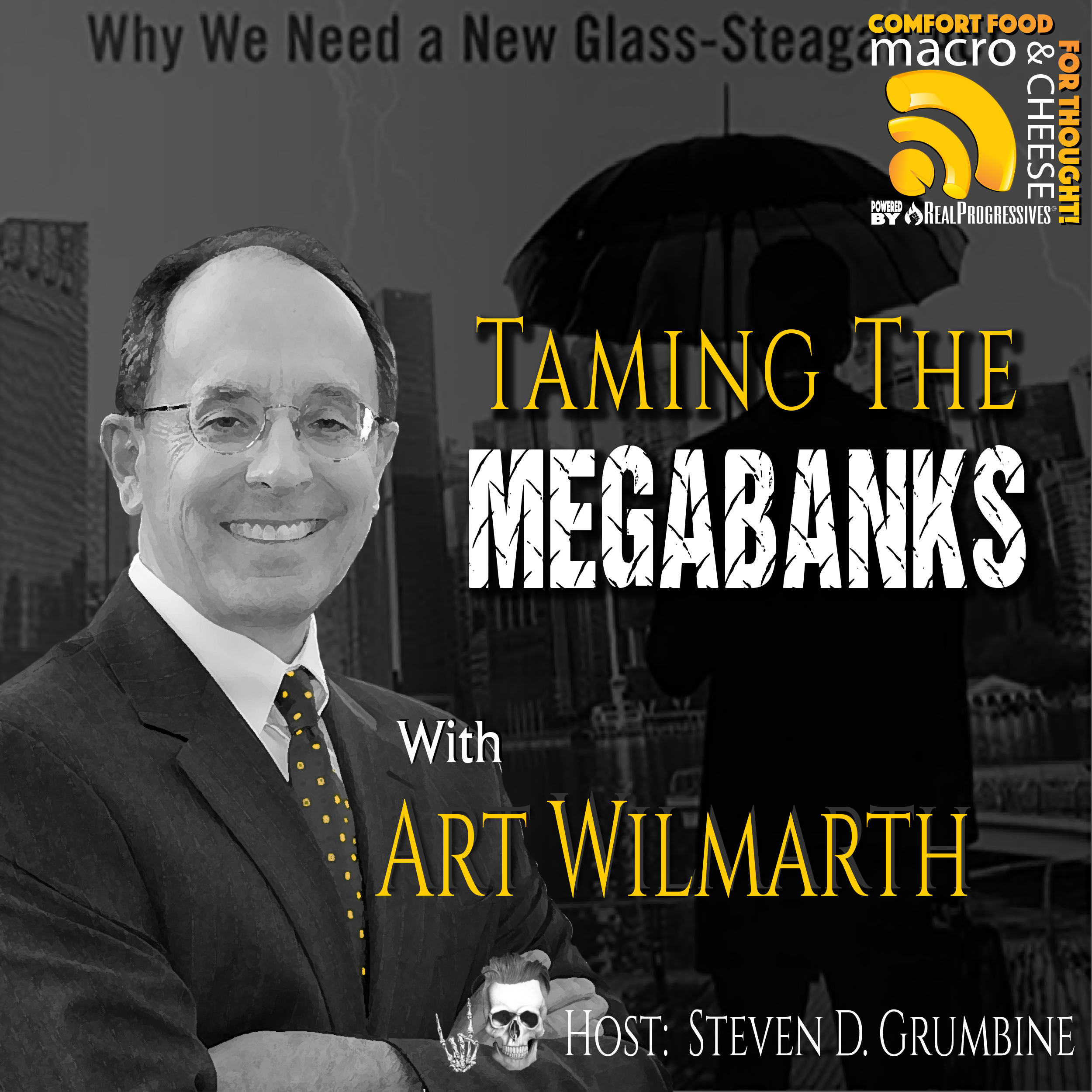 This week Steve talks with Arthur Wilmarth, fresh off his appearance in our current series, The New Untouchables: The Pecora Files, which dovetails neatly into the subject of Art’s latest book, Taming the Megabanks: Why We Need a New Glass-Steagall Act.

Art takes us through the original Glass-Steagall, adopted at the start of the Roosevelt administration as an early part of the New Deal when it became clear that allowing banks to get into the securities business and sell high-risk securities to investors around the world played a very large role in creating the conditions for the Great Depression. Congress saw that banks won’t be objective lenders or impartial investment advisers if they're taking loans and packaging them up into securities and selling them. They become biased and inclined to take lots of risks, which is not what banks should be doing. The act also prevented non-banks or “shadow banks” from engaging in the banking business.

And so there was a very strict wall of separation created between banks and the capital markets, which operated very effectively, and helped maintain a very stable financial system from 1933 at least into the 1980s. There were no major systemic financial crises during that period. There were problems, but the crises that happened tended to occur within particular sectors and they could be contained because you didn't have banks exposed to what was going on in the capital markets.

Art points out that the stock market crash of 1987 didn't affect the banks because Glass-Steagall was in effect, preventing the banks from being involved in the stock market. After a series of liberalization from the late 1980s through ‘90s, Glass-Steagall was repealed in 1999, removing the firewall between banks and the capital markets. When the next boom and bust cycle brought global financial crisis, it started in the shadow banking area in the capital markets and spread very quickly to the banks.

From the global financial crisis through the pandemic crisis, there’s been a continued expansion and explosion of all types of debt. We had a record amount of corporate debt by 2020, including an unprecedented amount of high-risk corporate debt. Much of that debt involved companies borrowing trillions of dollars to finance stock buybacks, serving only the interest of insiders by driving up their stock price. Meanwhile, we’ve had a continuing run-up of consumer debt, particularly in things like car loans, student debt, and credit card debt, all exacerbated by the pandemic.

Art reminds us we’re doing the same thing over and over and expecting a different result - the very definition of insanity. We're continuing the system that churns out debt, protects Wall Street and then bails out Wall Street when the crisis comes. We keep giving them incentives to take on more risk. They think they won't fail.

Art says they will fail. Eventually, they'll get to the point where the government can't bail them out.

But I think the pandemic crisis, in my opinion, confirms everything that I argued in my book: that we're in this global doom loop, I say, where the central banks and the governments are backing up the universal banks and the shadow banks on Wall Street, and everybody is churning out more and more debt without any understanding of how we could make that sustainable over the long term.

Art’s prescription is a new Glass-Steagall, ending bailouts for every hiccup in the capital markets. “Markets are supposed to be where you take risks - and if you lose, you lose. If you win, you win. If we keep bailing them out, they're not markets anymore. They're just one-way gambles on the federal government and as I say, they're crony capitalism.”

Arthur E. Wilmarth, Jr. is Professor Emeritus of Law at the George Washington University Law School and author of Taming the Megabanks: Why We Need a New Glass-Steagall Act. He has testified before committees of the U.S. Congress and the California legislature on financial regulatory issues.