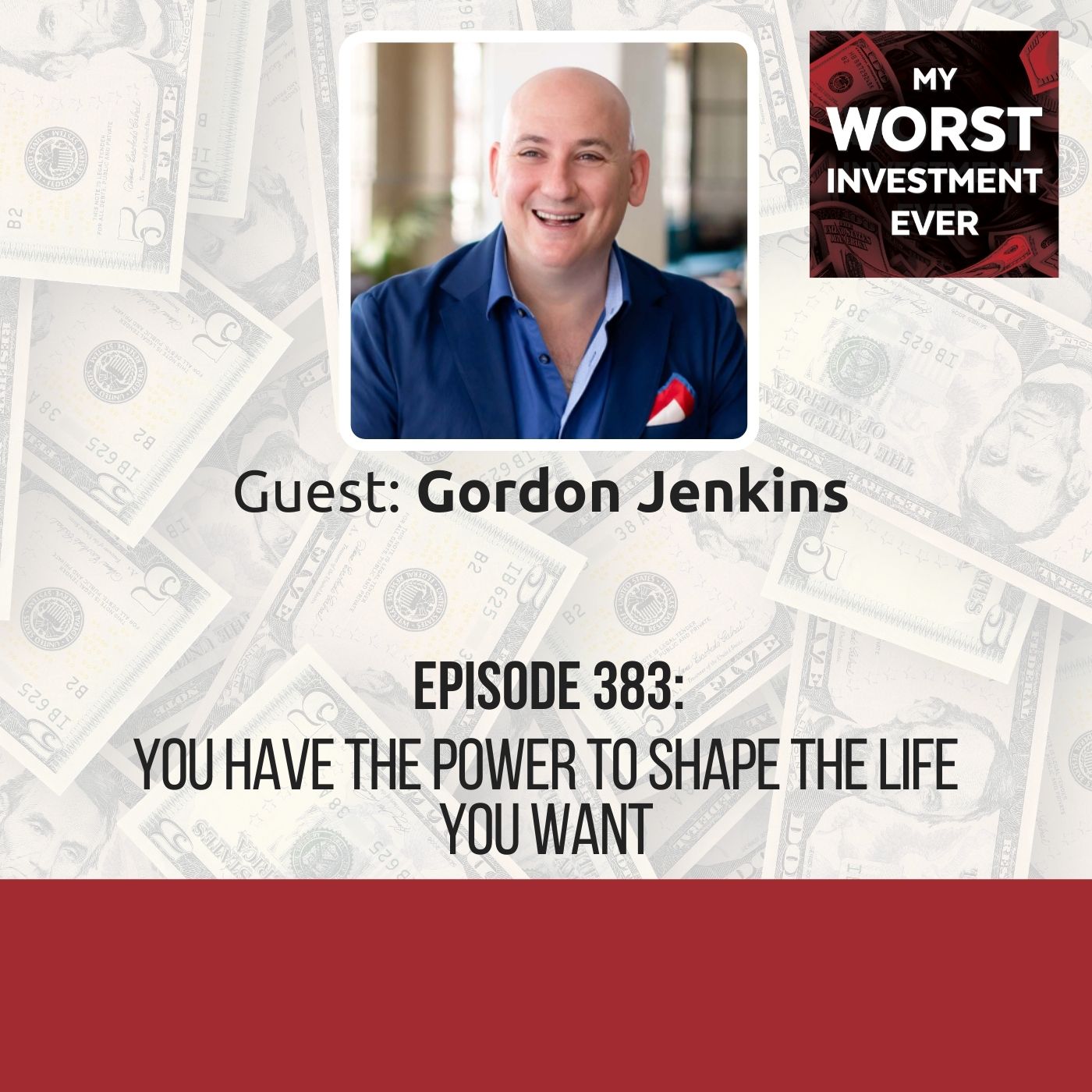 BIO: As an executive coach, speaker, and international author, Gordon Jenkins helps people make a real impact and difference both in their professional and personal journey.

STORY: Gordon grew up knowing that the only way to build a career was to go to school, go to college or university, then get a graduate job and work your way up. That’s precisely what he did only to realize, 10 years later, that he did not want to prescribe to this convection anymore.

LEARNING: Shape your life after your own terms, not on convections. People are more interested in who you are not what you are.

As an executive coach, speaker, and international author, Gordon Jenkins helps people make a real impact and difference both in their professional and personal journey. With his trusty sidekick, Banfi The Duck, Gordon has an innate knack for recognizing and celebrating people’s individuality.

There is a common connection between Gordon and his clients. Success stems from the strong belief that it’s ok not to conform to societal pressures, it’s refreshing to be different, and that celebrating what sets you apart is the key to a rich and fulfilling life.

Gordon’s clients include industry leaders who are regularly recognized by their peers as well as those quite happy to grow, away from glare of the media.

Gordon grew up knowing that the only way to build a career was to go to school, go to college or university, then get a graduate job. Then you sit in that job and work your way up.

Gordon followed the same system even though he always knew that he didn’t fit because he wanted to be a cook. However, he couldn’t take cooking classes because boys had to do woodwork and metalwork. After school, he ended up working in London as a phone exchange trader for a well-known Japanese bank. The job was fun, extremely high-paying, but very toxic.

Charting his own path

Gordon woke up one morning and decided that he didn’t want to do this anymore. It was not going to be his life. He realized that everything he’d been told for the last 10 years and the investment he’d made in himself was never for him. So that morning, Gordon resigned, and one week later, he arrived in Melbourne and hit a wall.

It took Gordon 10 years to realize that he is not someone who follows convention or tradition. He resolved to do what he wanted and not what other people told him was the norm.

People don’t care about what you are; they want to know who you are as a person; they want to know you as an individual first. You could be the best executive coach in the world, but unless you connect with your clients, you are never going to close any deals.

You can walk out of any situation

You do not have to live a toxic life; walk out of that situation. You have the power to walk away

Your job is to shape your life on your own terms. Forget what everyone else is saying. Live the life you want.

Actions speak louder than words. There’s nothing wrong with reaching out to people who can help you turn your words into actions.

Gordon’s number one goal for the next 12 months is to start building the world’s number one Center of Excellence for post-transplant care for organ transplant patients in Australia.