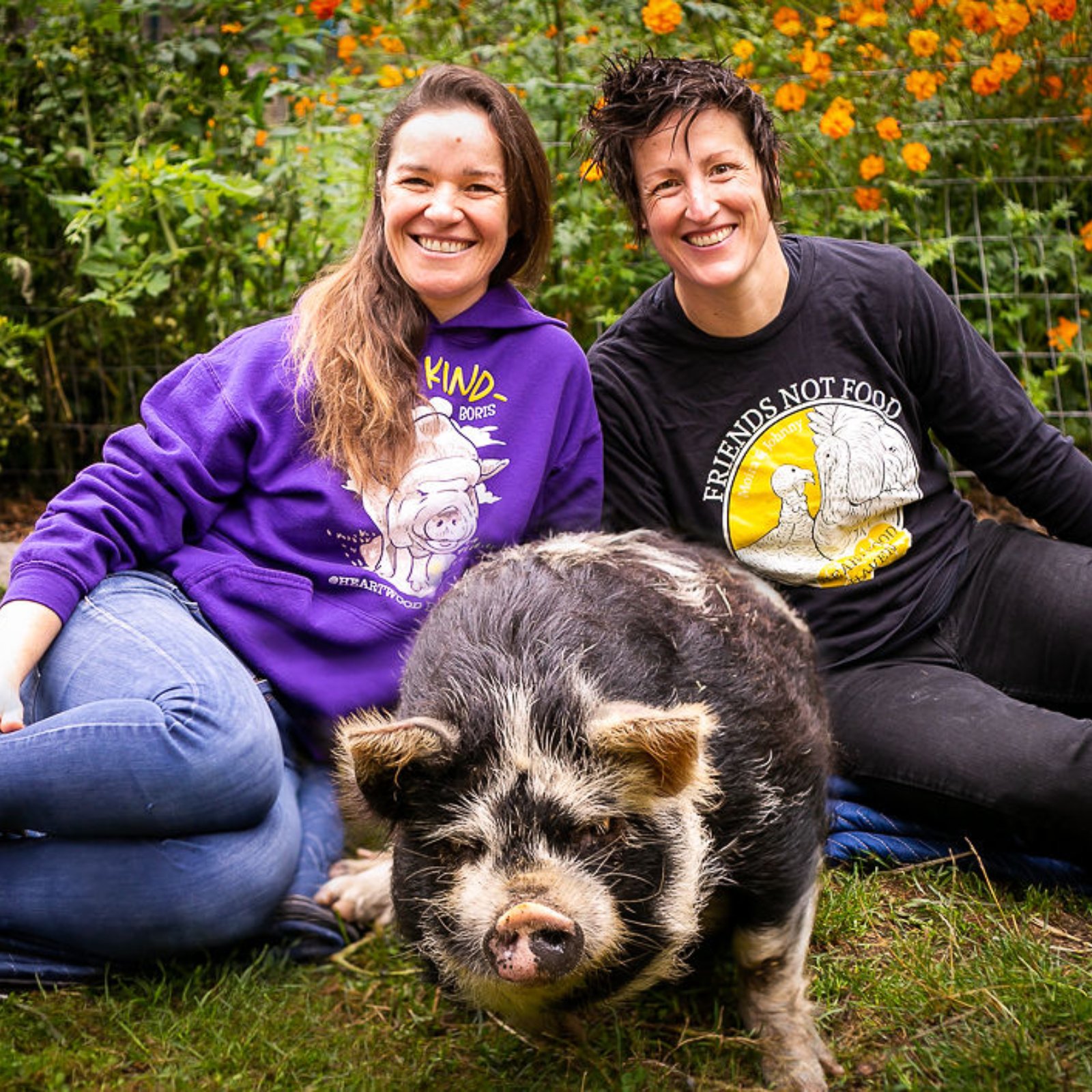 If you've ever thought about rescuing and providing sanctuary to an animal in need, this episode is for you!

Guests Kate Tsyrklevich and Hope Hilman run Heartwood Haven, a popular microsanctuary for farmed animals in Gig Harbor, Washington, USA. Pigs and roosters are their preferred rescues. Many of the hundreds they've saved come from appalling conditions, including cockfighting busts. Unfortunately, the cruel and illicit multi-billion-dollar cockfighting industry operates underground in neighborhoods throughout the United States.

Roosters and pigs are highly sociable and charismatic non-human animals who can thankfully recover and live healthy lives when removed from abusive and traumatic situations. Microsanctuaries such as Heartwood Haven are springing up across the world to reset public misconceptions about these and other farmed animals, whose lives are just as worthy as our much-revered dogs and cats.

Sentient Planet is an independent production created on the traditional land of the Nisqually Tribe in the Pacific Northwest, USA. Please consider supporting our work on Patreon. Thank you!