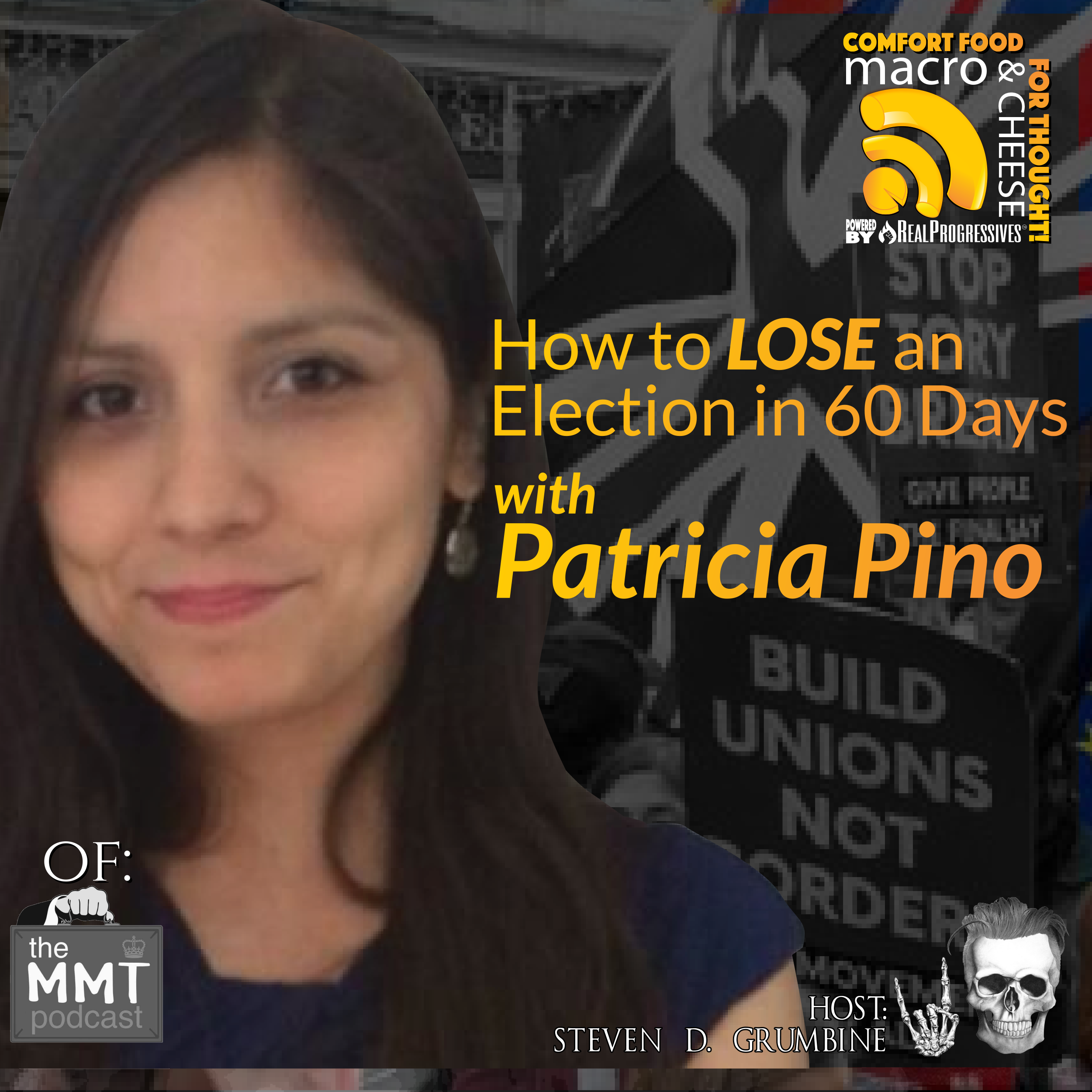 The UK’s MMT Podcast has been an inspiration to us since well before we launched Macro n Cheese. As fellow MMT promoters from outside the academy, we consider the co-hosts, Patricia Pino and Christian Reilly, to be kindred spirits. So it’s always a treat to have them as guests on our show. This week, it’s Patricia’s turn to explain the behavior of our UK cousins as we seek to learn lessons from their most recent electoral debacle.

When Steve spoke with Patricia, she was still feeling intense disappointment and frustration in the wake of the Tory victory. Many in the Labour Party were in shock, trying to make sense of it all. Unfortunately, the most dominant voices are the least likely to admit fault. Attempting to understand Labour’s loss requires considering a multitude of layers -- economic, cultural and political -- historic issues of democracy which have been ignored for a long time. Patricia believes that the issues of sovereignty and perhaps even national identity, may play a stronger role in the UK than they do in the US. Britain joining the European Union was a blatant step in the continued abandonment of the nation-state.

The challenge to their national sovereignty may appear to be less significant to the UK than to the Eurozone nations because the British retained the use of their own currency. Patricia explains that while the UK has more autonomy than the Eurozone countries, the government portrays the neoliberal policies of the EU as if they were mandated or part of an international treaty. The EU has no means of enforcing rules regarding deficits or privatization, but it applies enough political pressure to direct policy in a certain direction, simultaneously providing cover so the government can avoid claiming responsibility for unpopular policies.

In both the UK and the US, elements of the right have tapped into discontent felt by marginalized members of society and gained a new throng of voters. Patricia refers to Jeremy Corbyn as a “Euro-skeptic,” which may explain why he understood the voters’ discontent in a way that other members of Labour’s leadership did not. Just as in the US, the party that was supposed to represent the interests of working people has proven to be out of touch. Labour voters had chosen Brexit; the Labour leadership was perceived as blocking it. The rank and file stopped believing their promises.

As is always the case with Steve and his guests, the discussion turns to solutions -- specifically, how to deal with those people who are supposed to be on our side yet are still spreading incorrect analysis based on ridiculous assumptions, when applying the lens of MMT would bring things into focus. In the UK, even the so-called leftwing economists engage in the same kind of fear-mongering as the most dedicated neoliberal ideologues.

Patricia clarifies that not all MMTers are Brexiters, but knowledge of MMT clearly illuminates the ills of the EU and the consequences of interfering with national sovereignty. Understanding how power is wielded through control of the currency naturally leads one to be an advocate for democratic systems of government. She suggests that she’s ready to step out of the functional finance silo and plans to start working with groups who may not yet support MMT but whose causes will be advanced through knowledge of it. With 5 years of Conservative rule to look forward to, she can’t afford to sit on the sidelines. None of us can.

Patricia Pino is a London-based engineer, artist, and activist. She is co-host of the MMT Podcast and a founder of the Gower Institute of Modern Money Studies.