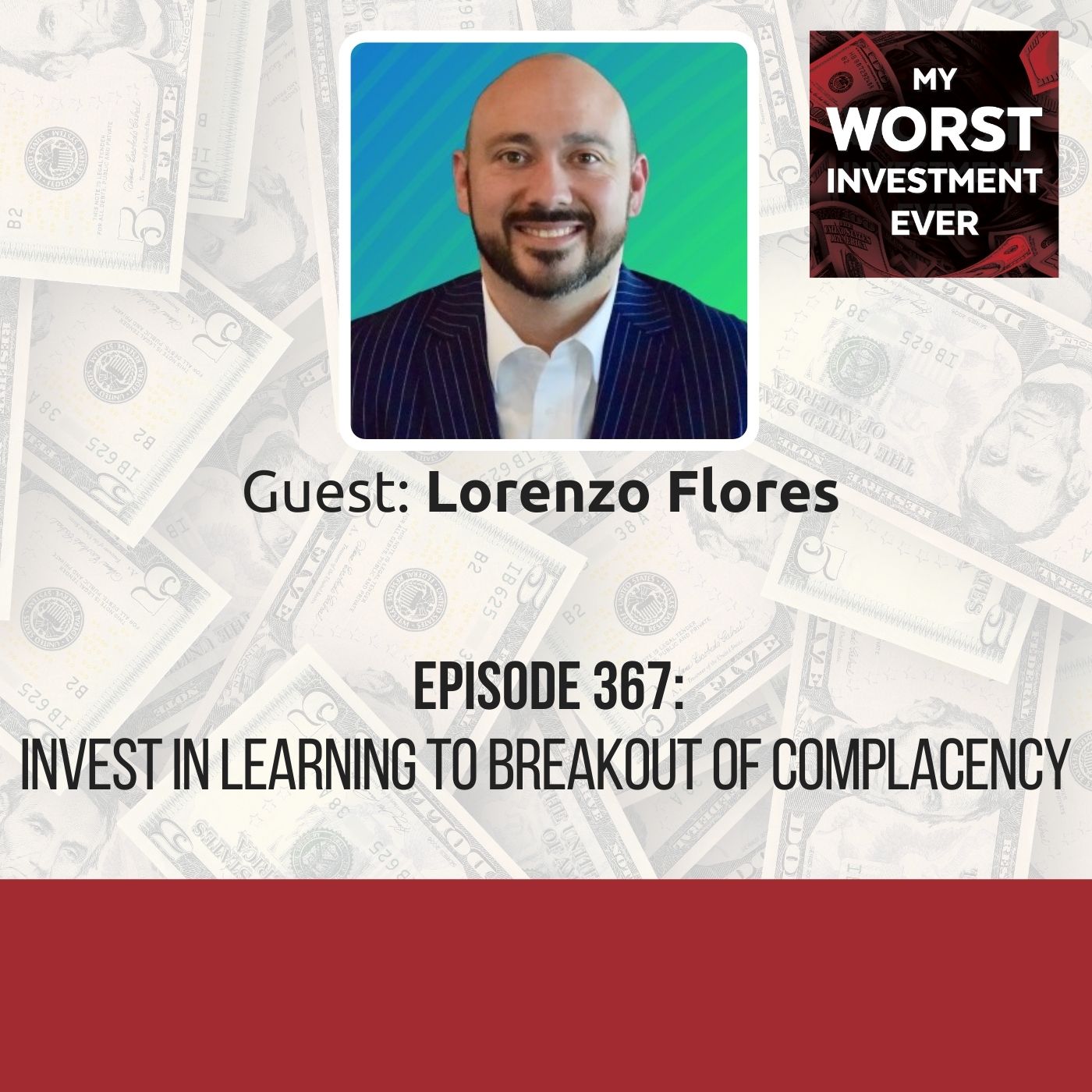 Lorenzo Flores – Invest in Learning to Breakout of Complacency

BIO: Lorenzo Flores, a twenty-year veteran in retail leadership, has rejuvenated, inspired, and rebuilt over a dozen teams throughout his career.

STORY: After years of hard work, Lorenzo finally became a manager. He was super excited to get this title, and he thought that he had finally arrived at his destination. He plateaued and settled in his title, stagnating his career and personal growth for six years.

LEARNING: A title or a job is not the end destination or a place to plateau and settle; you still need to put in work to keep growing. It does not matter how much time it takes to get to where you want to go; it is the work you put in that matters.

“If I’m not following my code of leadership, I’m not helping my people get better over time.”

Lorenzo Flores, a twenty-year veteran in retail leadership, has rejuvenated, inspired, and rebuilt over a dozen teams throughout his career. With a passion for music, Mixed Martial Arts, and podcasting (check out Life of Lozo and Hacking Your Leadership!), he understands the importance of connecting personal vision to the workplace.

Lorenzo’s insights, experiences, and philosophies on leadership excellence are the fuel to ignite every leader’s optimum potential. Join his Clubhouse here.

Lorenzo was very excited to finally be made manager after many years of learning how to influence people to be great individual contributors, to show up, and to exceed expectations. He believed that he had made it.

Becoming a manager made Lorenzo think that he was perfect. He believed that all of his opinions were right. Lorenzo thought he had all the skills and competence necessary to lead people. So he just sat back, relaxed, and allowed the everyday elements of the job to take over his life.

Getting comfortable with his job title

Lorenzo never challenged himself beyond his job title. He never took time to develop and grow his career further. He got comfortable in being a manager.

Lorenzo thought that he would develop through osmosis if he just showed up every single day, put in the time, and did what he was told to do.

Lorenzo prescribed very early in his career to the idea that someone becomes a master of his art after practicing it for 10,000 hours. Lorenzo figured that being in a full-time job working 40 hours a week, in five years, he would automatically be the master of his domain and be the best possible assistant manager you can find. The part that he forgot about is that five years have to be dedicated to improving yourself.

That is where Lorenzo made a horrible investment decision by believing that just being present in the physical was enough to help him grow and achieve his goals, both professionally and personally.

This mentality caused Lorenzo’s career growth and development to stagnate. He also experienced complacency in relationships.

Lorenzo was also complacent when it came to having financial goals. He just lived day by day, week by week, assuming that this is life now. And so for Lorenzo, those six years of complacency were his worst investment ever.

Examine the kind of leader you are

To be a great leader, you have to be your first follower. Take a look in the mirror and ask yourself if you live the life, in all aspects professionally and personally, of somebody you would be inspired to follow. Are you proud of the work that you are putting in?

Be the best leader for yourself

Lorenzo was not focused on being the best leader for himself. He thought that showing up for people, listening to them, providing them with context, or training them was the right thing to do. He later realized following his code of leadership is a big part of leadership.

The kind of leader you are is what matters, not your titles or responsibilities

The infinite end game is that you are bettering yourself every single day as a leader. Focus on learning and growing and challenging yourself to be the best leader possible over time, regardless of your title or responsibility.

If you want to improve yourself, read books. There are so many ways to read books thanks to the internet. It’s so easy to build a competitive advantage in this world if you read.

Do not chase the clock focus on getting the work done

It’s not about the time you take but the work you put in to get to where you want to go.

Find the time to invest in yourself. Hold yourself accountable to understand what it is that you are investing in. If you do that, you will be a better you.

Lorenzo’s number one goal for the next 12 months is to expand his podcast listening.

“Believe in yourself. The simple fact that you are listening to this show shows that you are interested in making yourself better, so continue that work.”