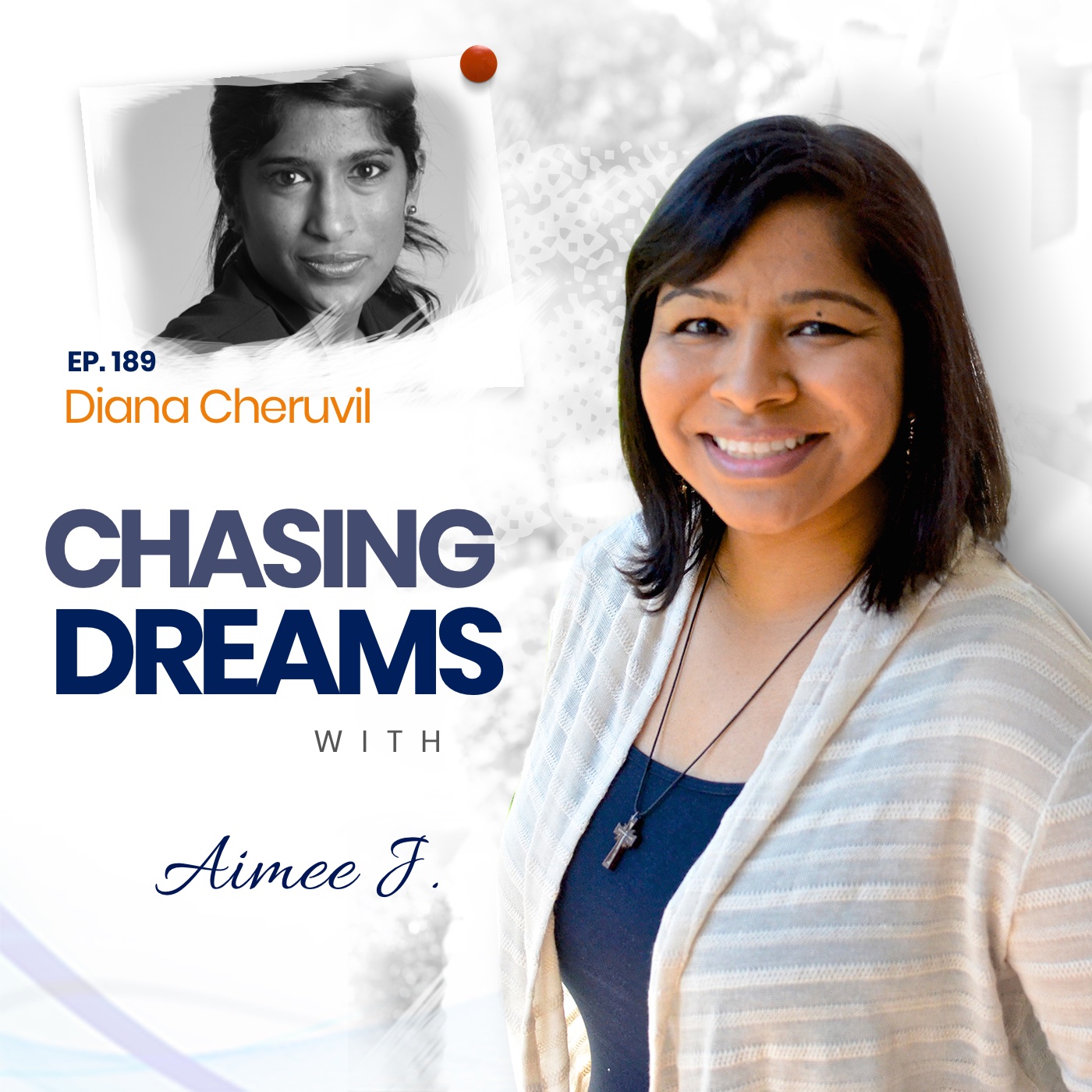 Sometimes all it takes are the right words from the right person to boost your courage and give you permission to take radical steps. Such is the experience of today’s guest, a dream chaser whose path has been anything but ordinary.

Diana Cheruvil is a dynamic and goofy human whose life has been a series of fortunate events. She’s passionate about connecting with people, understanding global perspectives with a focus on local community, and striving for the greater good. She loves to build and nurture relationships in ways that bring others’ most authentic selves to the forefront. Diana’s career spans 12 years of diverse communications and marketing experience that has taken her from Detroit to NYC to South America, and back to Detroit. She has an insatiable appetite for travel, loves her super cool friends and family, gives great hugs, and has very nice hair.

When do you know it’s time to pivot? For Diana, it was clear. She studied pharmacy at the University of Michigan, and even though she loved the subject area, her heart was not into the academics. It was clear that a pivot was in order, and her parents made the decision for her to leave college and come home. Knowing this experience would NOT be the one to stop her, she explored, settling on communications and marketing for her next endeavor. For her, living and working in NYC was always the “shiny, bright object at the end of the tunnel,” so she ran toward it.

TWEET: If you fail, you fail - but fail forward. #chasingdreams

Is it WHAT you know, or WHO you know? Diana moved to NYC (kinda on a whim), and her dreams became a reality. She says we need to realize that we don’t always have to follow a conventional path when it comes to jobs. Often it comes down to the connections you make that can be the most powerful and most impactful. Being backed by people who support you and believe in you makes ALL the difference. Creating strong relationships can help you get to where you’re going.

TWEET: “It is NEVER too late. There is so much benefit in taking a leap because you never know what will happen.” #chasingdreams

What Diana learned from NYC and South America

Can you look back at steps in your life and recount the lessons learned? Diana had many lessons to learn as she worked her way up from an intern to be the head of a department. She learned that one person CAN change things and make a big difference. Spending almost 10 years in NYC left her stagnant and tired, and she was dissatisfied and burned out. Her dad advised her to have courage and be bold enough to give herself permission to change her life---so she did. She spent time in South America teaching English and traveling around. This time helped her change her perspective to one of desiring a simpler life and realizing that she is capable of SO much more than what she ever imagined.

TWEET: It’s never about what you know, but it’s about the connections you make. #chasingdreams

Guest Recommendation: ONE action for a dream chaser to take--”It is NEVER too late. There is so much benefit in taking a leap because you never know what will happen.”

TWEET: I have a real appreciation for the things that really matter, and they aren’t fame or money. #chasingdreams

TWEET: I tried to identify where I find joy because that was what was lacking for me. #chasingdreams