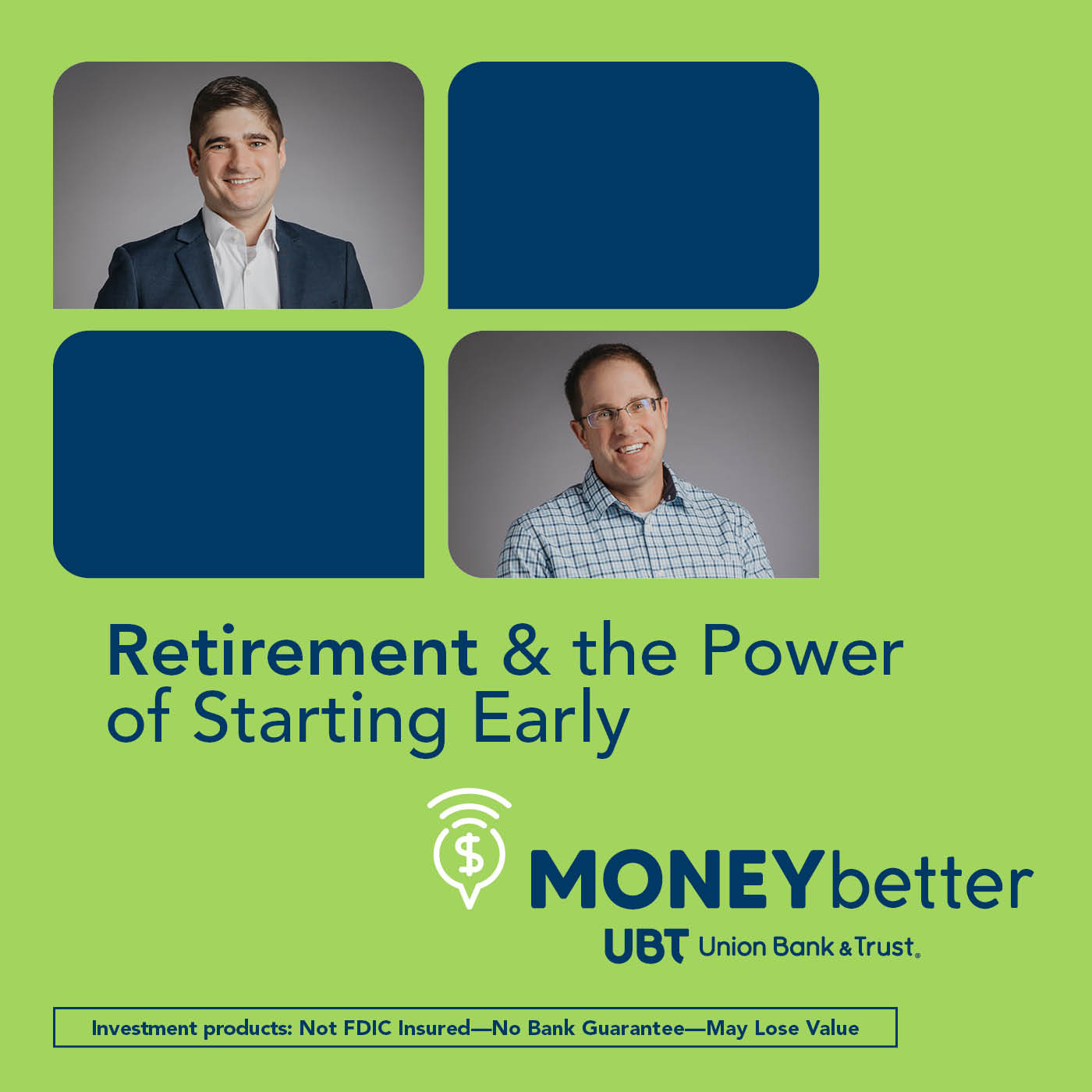 What’s the difference between a 401(k), a 403(b), a 457, and an IRA? How do you grow your money when saving for retirement? Should you get involved with your company’s retirement savings plan? In this episode of MoneyBetter, Garrett Sutton, one of UBT’s retirement educators, joins host Caitlin Moore to answer these questions and more.

Then, we show you the power of starting early by talking with Curt Rohn, UBT’s creative director, about his own retirement savings. Curt started saving for retirement when he was 18 years old and plans to retire at age 53 (well, maybe 56). Hear his story about how saving a little can go a long way and how taking advantage of employer matches and other incentives can put you on the road to a great retirement savings.

8:20: A Roth and traditional/pre-tax contribution, the big difference is going to be how it’s taxed. With a traditional pre-tax contribution, your contributions are going into the plan before you pay income tax on them, so your taxable income for a year is reduced by whatever amount you contributed to that traditional 401(k). But because we didn’t pay taxes on it when contributing it, that means we’ll pay income taxes on that money when we take a distribution, ideally in retirement. That’s going to include the money we contributed and any earnings that have been generated from the investments that we hold in that retirement plan. All of that will be considered taxable income when you take a distribution.

9:14: With Roth contributions, that’s going to be post-tax contributions, so your taxable income for the year as you’re making contributions won’t change at all. All that money goes in on a post-tax basis, because we’ve already paid taxes on that money as we were contributing it, then we get the reward for making that sacrifice early on. Our reward is that we get to take out the contributions and the earnings that were generated from the investments; all of that can come out tax-free, as long as it’s a qualified distribution . . .

30:14: It was my 18th birthday, literally, and my dad had been working with this financial advisor/investment guy . . . he showed up at our house . . . and he said, “hey I’m really glad you invited me over today to get started saving for your retirement.”

32:58: Every time you get a raise, proportionally increase your retirement savings. . .