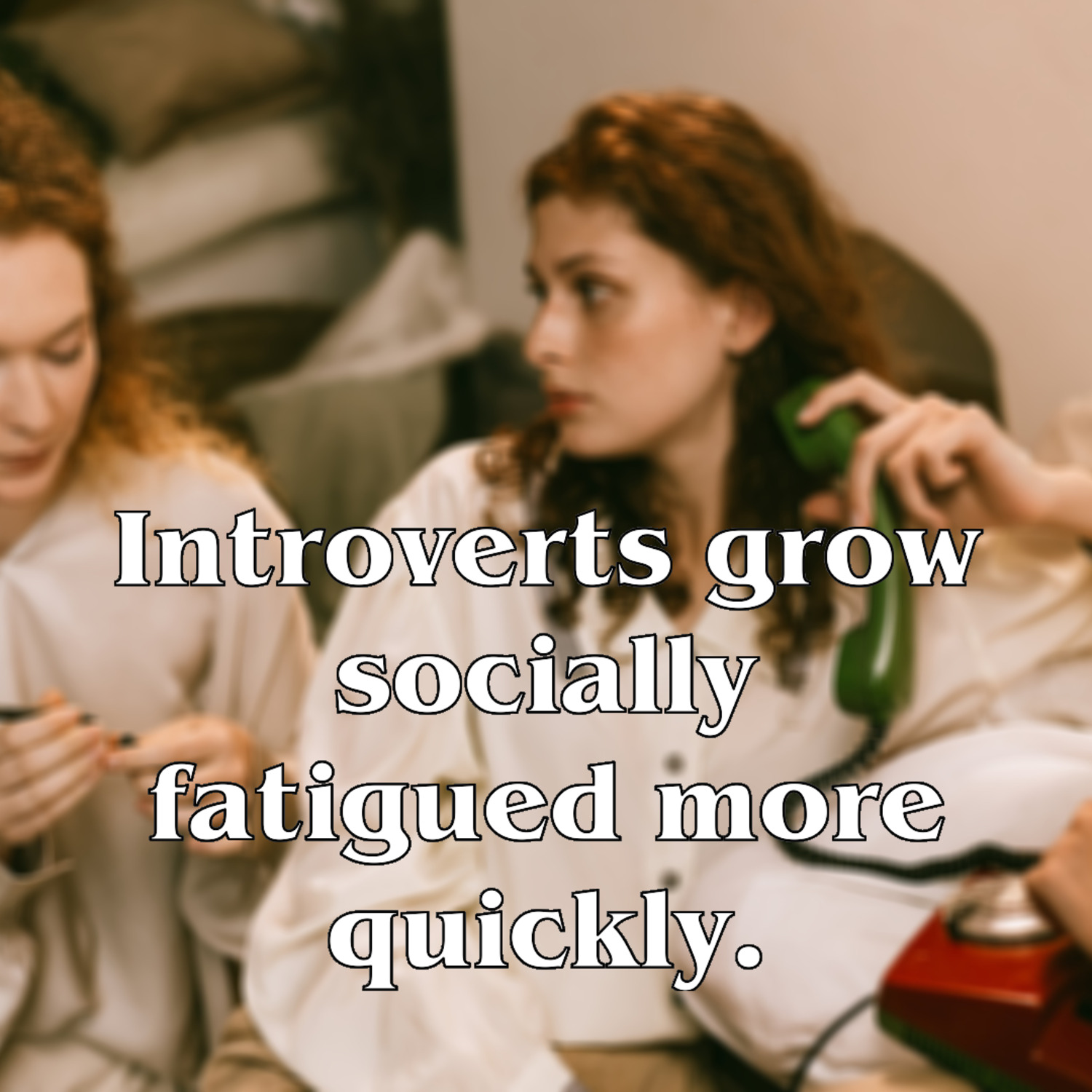 • This chapter is a look at the different biological differences that place people where they are on the introvert/extrovert spectrum.

No matter what someone’s behavior is, it will always start from a baseline that their biology has set.

• The first biological difference is that introverts have denser brain matter in the prefrontal cortex, which is where analysis, ruminating, decision- making, and planning take place.

In fact, it’s where most stereotypical introverted behaviors take place.

It also explains why introverts are said to be focused more on their internal worlds versus the external world— because they are literally stuck in their thoughts more than extroverts.

To support this, extroverts were shown to have increased blood flow to areas involved in sensory processing, which allows them to focus on their external world.

Get the audiobook on Audible

Despite the fact that we are all ambiverts first and foremost, the truth is that there are a few real biological differences between those who skew more one way than the other.

Nature and nurture both have a part to play here.

If you have to psych yourself up for a big party or networking event, you can do that and act the part for as long as you need, but you’ll probably be exhausted for the next day and a half.

We might call this regressing to the mean or compensating for extreme exertion.

Try as we might, sometimes we just can’t change how we’re biologically wired.

While factors including self-confidence, comfort with your social group, and health can all play roles in how you feel as a result of interactions with the people in your life, whether or not these interactions are a source of energy for you or a tax on it is largely predetermined by your brain structure.

In this chapter, we explore all the biological bases for differences in this aspect of personality.

The differences generally have to do with how the brain perceives stimulation and then how it handles it.

Our first stop is the prefrontal cortex.

The Prefrontal Cortex The first major biological difference lies within the prefrontal cortex, which is generally the location for higher-level thinking and analysis.

Buckner and his team found that subjects of the study who identified as introverts had thicker gray matter in certain areas of the prefrontal cortex, while those who identified as extroverted tended to have thinner gray matter in those same prefrontal areas.  To lend some context, the prefrontal cortex is the area of the brain responsible for functions like abstract thought, planning, decision-making, attention span, and focus.

If you are using logic or critical thinking, that’s where it occurs.

Thicker brain matter, meanwhile, is directly correlated with greater brainpower and cognitive ability with regard to all of those functions.

You might feel a slight twinge of superiority from this knowledge, but it certainly doesn’t allow us to draw the conclusion that introverts are smarter or more intelligent.

The only conclusion we can draw is that introverts naturally have higher- density brain matter in the area of the brain associated with typical introverted behaviors.

In other words, the prefrontal cortex of introverts is more developed in exactly the way you would expect—introverts emphasize planning, analysis, focus, and introspection, and therefore, they have developed greater brain mass suited for that.

It’s not without its negatives, as these inhibit things like spontaneity, letting go of stress, and generally being more carefree.

Buckner’s findings act to reinforce many of the stereotypes we hold about each of these personalities.

You’ve probably heard the phrase “live in the moment” or one of its variations throughout your life.

We’ve accepted this as something to strive for and an important part of being happy and living life to the fullest.

It means you are being brave and not letting yourself be held back by others or yourself.

As it turns out, your propensity to “live in the moment” may be correlated with how you recharge your social energy and the corresponding density of brain matter in your prefrontal cortex.

Introverts, meanwhile, may often struggle to live up to this societal ideal.

Because of their denser prefrontal cortexes, introverts dedicate more mental resources to abstract pondering, planning, and decision-making, all activities that are decidedly absent from the idea of seizing the day.

This reinforces Jung’s proposal that introverts feel that the real world exists in their head.

Accordingly, this also reinforces Jung’s proposal that extroverts feel that the real world is what their environments show them.

As they don’t dedicate as many neural resources to analyzing and decision- making, extroverts are able to respond more to their environments and simply react without thinking.

They find it much easier to live in the moment, as their brains predisposition them to react to their environment as opposed to analyze, plan, focus, and ruminate as the introvert brain structure does.

Being spontaneous is something that simply happens naturally, rather than intentionally.

It’s not to say that extroverts don’t think about consequences or are careless in making decisions; they just aren’t innately wired to pause, think, and analyze first.

The increased prefrontal cortex of introverts also explains why they grow socially fatigued more quickly—because there is always cognitive work occurring in response to stimuli.

A party is not just a party; a party is an analysis of the people, environment, conversations, and an endless chain of decisions to consider.

It is endless observation and rumination on everything that is in the immediate environment.

The classic journalistic questions (who, what, when, where, and especially why) are also in play.

Where the extrovert might take something at face value, the introvert can’t help but deconstruct it.

This finding may help us to explain the role alcohol can play for introverts who drink.

Indeed, after numerous behavioral research studies in which scientists scanned people’s brains as they consumed alcohol, it is now widely accepted that alcohol is directly responsible for reducing neural activity in the prefrontal cortex.

Alcohol can temporarily cause people to be more in tune with their environments and less in their own heads, essentially behaving and feeling more extroverted than they typically are.

We have a clear picture of what a drunk person looks and acts like.

Some people say that alcohol frees you to act like the person you’ve always wanted to be, but most commonly, alcohol causes introverts to act more like extroverts!

Alcohol is not just used by people who need or want to be looser in their social interactions.

Even individuals who are already highly extroverted may still enjoy alcohol, chiefly because they get to enjoy the presence of others and living in the moment to an even greater extent than usual—yet another example where, for many extroverts, more is better. For those introverts who are searching for an escape from the feeling of being trapped inside their own heads as they analyze and introspect, unable to live in the moment, meditation can also achieve similar results to alcohol.

Specifically, meditation has been shown to weaken connections between the amygdala—the part of your brain responsible for your emotions—and the prefrontal cortex (Joshua Grant).

This gives you greater control over your thoughts because they are less tied to your emotional states.

Imagine that you are stuck in your head using the illustration of a hamster frantically running on his wheel.

So because of different brain structures, introverts end up more in their heads.