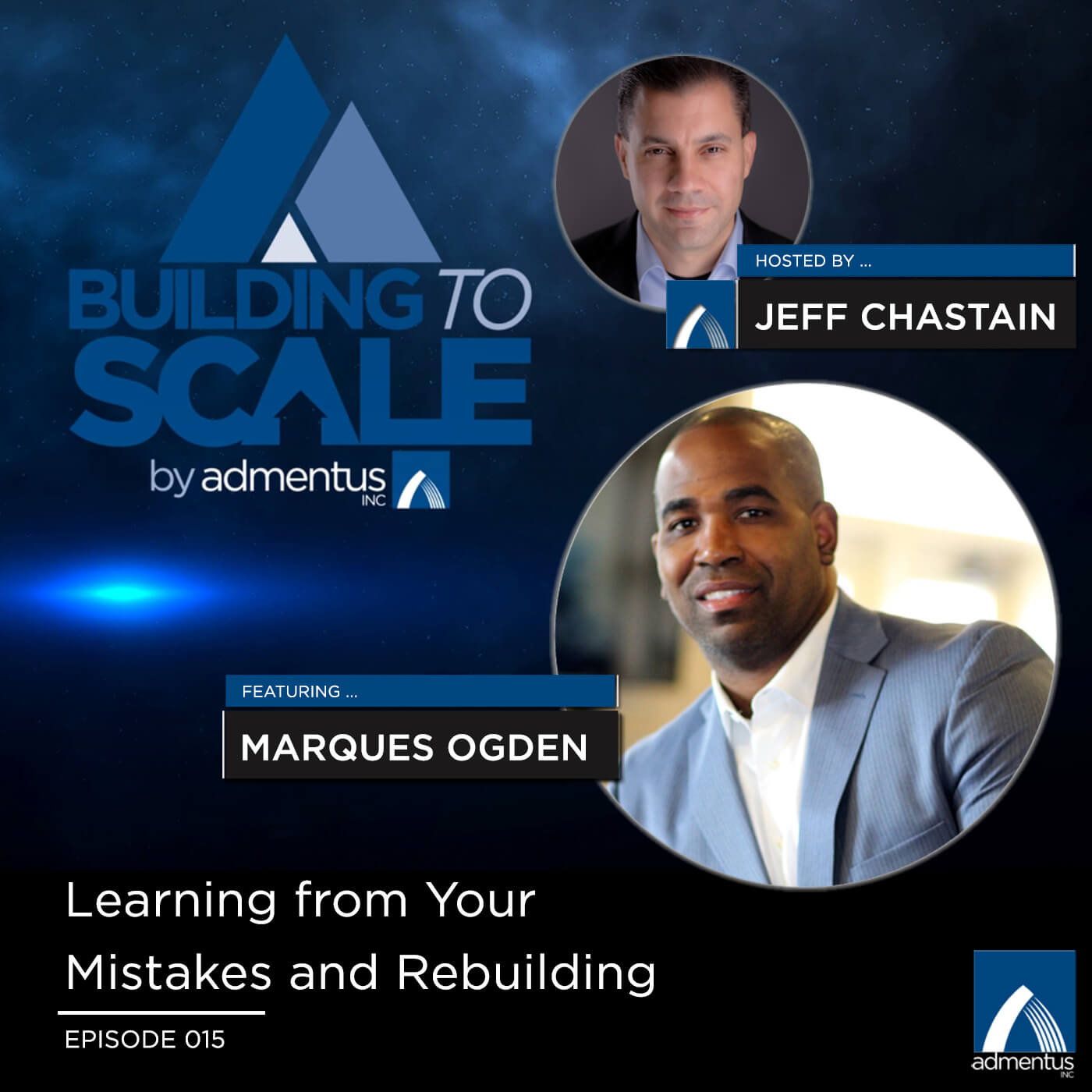 Marques was drafted into the NFL in 2003 as an offensive lineman and after 5 years of playing in league, decided to retire and pursue a career in construction and contracting. At the age 27, Marques founded a construction company called Kayden Premier Enterprises which grew rapidly for the first six years. Then, in a matter of 90 days, the business went bankrupt, losing almost 2 million dollars on one project.

During his darkest hours, Marques pulled himself together, got a part-time job as a custodian and with hard work and determination became an inspirational keynote speaker, executive coach, best-selling author and marketing leader, helping to build the success of others.

In this episode, Marques reveals one of the biggest challenges that stood in his way with every business venture he faced – himself.

Key Takeaway: Know when it is time to fire yourself. As a business leader, you must build a team around and then listen to that team. You do not have all the answers and the longer you make it all about yourself, the more likely you are to fail.

Learn from Your Mistakes – Only the fool continues to do the same thing while expecting different results.

Delegate to the Right People – You hired your team for a reason; leverage their expertise and build a team.

Know when to Pivot – Have leading indicators and always be aware of changes on the horizon to be able to pivot sooner rather than once it is already too late.

Be Our Next Guest!