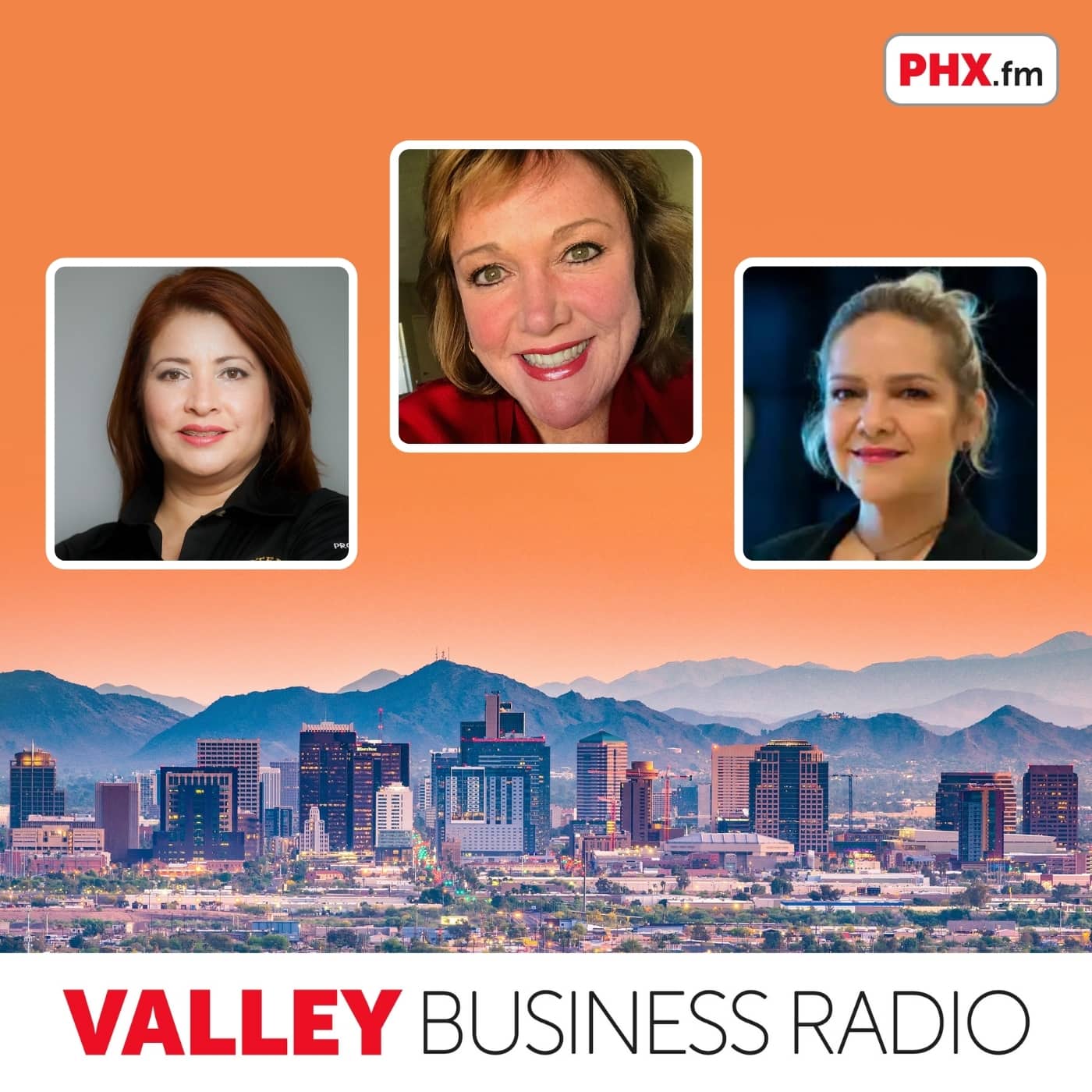 In this episode, the second of a three-part series on women in mining called "What Lies Beneath," Jennifer Burge with WorldWise Coaching & Training, Dr. Margarita Bejarano Celaya with the Mining Cluster of Sonora, and Spanish-English interpreter Ivette Marian Arnold with Ivette Marian Translations talk with Dr. Adrian McIntyre about the MegaWomen of the MegaRegion project focused on empowering women in the mining industry in Arizona and Sonora.

Listen to Part 1 of this mini-series on women in mining.

(Producer's note: this episode of Valley Business Radio was recorded as a bilingual conversation in English and Spanish between colleagues in Phoenix, Arizona and Hermosillo, Sonora, Mexico. The version presented here has been adapted for an English-speaking audience, and the Spanish-language segments spoken by Dr. Margarita Bejarano Celaya are being provided as simultaneous interpretation into English by Ivette Marian.)

Jennifer Burge is CEO of WorldWise Coaching & Training based in Phoenix, Arizona and Hermosillo, Sonora. With experience on four continents and over fifty countries, WorldWise Coaching prepares its clients to thrive in international environments across the globe. The company provides private executive coaching and customized team training in the field of intercultural business communication and multicultural team building. Their expertise includes strategic consulting services to assist in conflict resolution across worldviews, international expansions, and T-MEC/USMCA Mexican Labor Reform Laws. WorldWise has been working with clients and partners in the Mexican mining industry since 2019. The relationship was formalized in 2020 when WorldWise Coaching became the first strategic ally of the Mining Cluster of Sonora in the United States. In 2021, WorldWise and the Sonora Mining Cluster co-organized Las Mineras: MegaWomen of the MegaRegion, in partnership with the US Consulate General of Nogales and the US Department of State, Bureau of Economic Affairs. This partnership has been the catalyst for ongoing cross-border women’s empowerment collaboration activities in mining across Arizona and Sonora. A dual national of the US and Australia, Jennifer uses her broad business experience and technology background to assist others to thrive in global business environments. Her experience includes Fortune 100 companies, such as Honeywell and Fortune Global 500 companies—Accenture Consulting and EDS. She achieved her PMP certification in Amsterdam in 2007. Her certification to teach English as a Second Language (specialization in Business English) was earned with distinction in Madrid in 2017. Following that, she was a Fellow at the Institute for Intercultural Communication in Portland, Oregon in 2018 and Santa Fe, New Mexico in 2019. In August 2019, Mayor Kate Gallego appointed Jennifer to the Pacific Rim Advisory Council for the City of Phoenix where she is now the Vice Chairwoman. The Diplomatic Corps of Arizona appointed Jennifer to its Board of Advisors and she accepted the invitation to join the US Global Leadership Coalition’s Advisory Committee for the state of Arizona in 2020. Jennifer is also an expert contributor to Mexico Business News for the mining industry.

Dr. Margarita Bejarano Celaya is General Director of the Clúster Minero de Sonora / Mining Cluster of Sonora. Dr. Celaya describes herself as "a woman in consta (de)construction, a mother by free choice, a feminist by conviction, and a miner at heart." With 8 years of experience in the mining sector, her first position in mining was serving as the Community Development Deputy Manager for Grupo México, where she was in charge of the government linkage strategy and community development and social responsibility in mining operations in Sonora: Buenavista del Cobre in Cananea, Metallurgical Plants in Esqueda and La Caridad in Nacozari. She is currently the General Director of the Mining Cluster of Sonora, a position she has held since its foundation in 2015, where she is responsible for the design and implementation of the Sonoran mining industry engagement model. In a short time, Dr. Celaya has managed to position the Mining Cluster of Sonora as the largest in size and with an integrative work model that promotes cooperation and economic and social development, through the strengthening of the mining value chain and the integration of local suppliers. She holds a Master's degree in Social Sciences, with a specialty in Industrial Relations, and a PhD in Social Sciences, with a specialty in Economic Development and Social Exclusion, both from El Colegio de Sonora.

Ivette Marian Arnold is the owner of Ivette Marian Translations in Hermosillo, Sonora, Mexico. Appointed as Certified Expert Translator by the Supreme Court of Justice of the State of Sonora, Ivette provides English-Spanish-English translation and simultaneous interpretation services for both in-person and remote meetings and events. Most of her written translation assignments involve legal documents in specialized topic areas such as mining, agribusiness, medical, and government. Ivette also provides simultaneous interpretation for numerous international conferences, seminars, congresses, meetings, courses, and field trips in areas as diverse as mining, explosives, police training, orthopedics, biodiversity, shrimp and fish farming, and environmental protection. Need an expert translator or interpreter? Connect with Ivette Marian via WhatsApp or through her Facebook page.

Las Mineras: MegaWomen of the MegaRegion, a conference organized by the Mining Cluster of Sonora and WorldWise Coaching LLC, was held on International Women’s Day, March 8, 2021, sponsored by the US Consulate General in Nogales and the US Department of State, Bureau of Energy Affairs.

The 7th Discoveries Mining Conference will be held October 5-7, 2021 in Hermosillo, Sonora, Mexico.

The Valley Business Radio show, hosted by Dr. Adrian McIntyre, is recorded and produced in the studio of PHX.fm, the leading independent B2B online radio station and podcast studio in Phoenix.