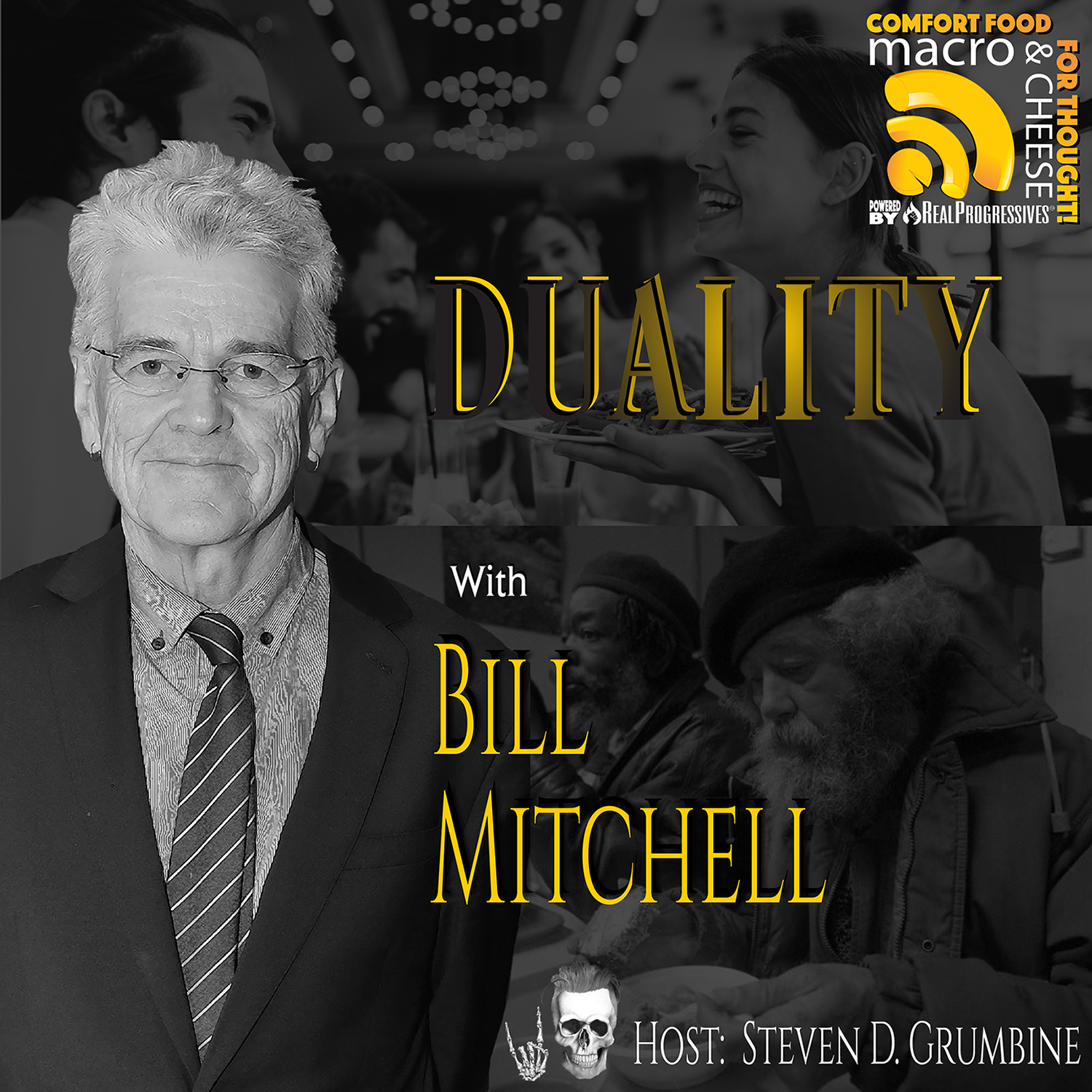 We call this episode “Duality” because it covers what Bill Mitchell describes as separate realities experienced by the elites and the masses. We do not occupy the same universe. The results of this duality are reflected in the manufactured divisions within the working class itself and in the unequal economic power relations between countries. There is a conflict between the public’s need for services and capital’s need for profit and privatization.

The point is, we live in 2 worlds – and the disparities are extreme.

Bill lays out some of the ways our lives are organized around serving capital. Most of us understand how the education system serves to condition us to passively obey authority, but even our leisure time has been transformed. Bill refers to the book, Labor and Monopoly Capital, by Harry Braverman:

What Braverman spoke about was more than a spatial spread of capital and capitalism of the type you’ve just been talking about, but also more and more activities that we typically never thought were part of our working lives, our productive lives. In the past, we would go to work for 8 hours a day ... and then we'd come home and have leisure. We would have non-work time. We'd go and play sports or we'd go dancing or whatever. But increasingly, those non-work activities have become surplus producing profit-making activities. So, you can't go to the football match in Australia now without being completely confronted with surplus creating processes, sport has become a corporate machine. Music has become a corporate machine. And so, more and more of our lives become subsumed within this process of surplus production and profit realization.

The pressure of mass solidarity and citizens’ uprisings – from events like the Paris Commune of 1871 and the labor movement of the first half of the 20thcentury – forced certain concessions by the ruling class. The neoliberal era brought a retrenchment, a rollback of many of those gains. Now, instead of paying a living wage...

The financial engineers could trap us in increasing debt, which allowed us to maintain our consumption, which allowed the participants in this other reality to realize profits through surplus value creation. And that's my worldview. And that's how I see the struggle of MMT. It's a transverse between the first reality and the elite reality, and it threatens the propositions because the elite reality reinforces itself and secures itself by miseducation. And it controls media. It pumps out lies … and it keeps us under control in a state of ignorance.

Bill’s commitment to teaching Modern Monetary Theory stems from his belief that, for the first time in economic history, MMT directly challenges the miseducation program used by the elites to suppress us. His free course, MMT Ed (URL below), is available to all. We urge you to register.

Professor Bill Mitchell holds the Chair in Economics and is the Director of the Centre of Full Employment and Equity (CofFEE), an official research centre at the University of Newcastle. He is also a Visiting Professor at Maastricht University, The Netherlands, and is on the management board of CofFEE-Europe, a sister centre located at that university. He is co-author of the MMT textbook, Macroeconomics.

Enroll, support and donate to MMTed at mmted.org