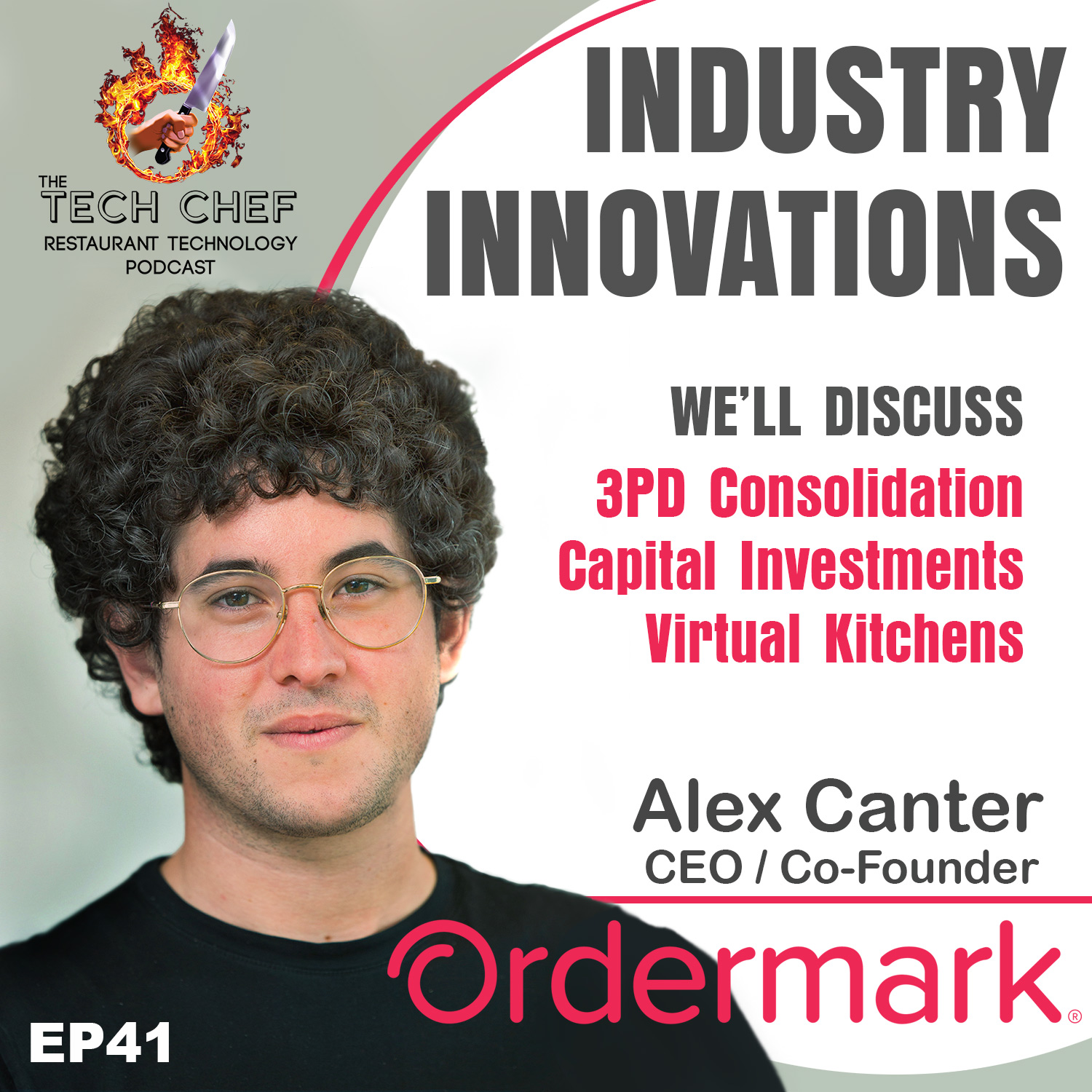 For those of you joining us for the very first time, you are in the right place if you want to learn more about these industries from a technology perspective.  Season 1, we had a blast and had some many awesome guests on the show, Season 2 we are stepping up our game and it will not disappoint.

If you have not done so already, please hit the subscribe button in your favorite podcast listening software now.   This will make sure you don’t miss a single episode and you are always on top of the latest topic and news.

Our guest today has been in the news quite a bit lately.   If you have been at ANY restaurant technology conference over the past couple of years, you have probably seen him speak.

Alex is a restaurant industry innovator, in-demand speaker, and passionate advocate for restaurant operators and workers. He was raised in the kitchen of the world-famous Canter’s Deli in Los Angeles, where he and his team invented Ordermark.

A fourth-generation restaurateur, the restaurant business has been in Alex’s blood for over 85 years. In addition to being the visionary and leader of Ordermark, Alex is active with the Techstars network and enjoys mentoring other restaurant technology entrepreneurs and occasional angel investing. He is a 2019 recipient of the Forbes 30 Under 30 and Fast Casual Executive’s Top 25.

Alex previously led several technology ventures and most recently, Ordermark announced the close of its $120M Series C funding round led by Softbank and returning investor, Act One Ventures.

Next week is a special treat as I have one of our Rockstars guests, Karen Bird, CIO for Hooters of America.  If you don’t know her name, you either are brand new to the industry or instead of knowing who the Rockstar’s are, you have been living under a rock!

She is always a sought-out speaker at conventions and there is a reason for that, obviously.   I can’t wait to share with you our conversation about their new fast casual concept, Hoots.  By the way, this is the first podcast she has every done so there is reason alone to listen to next week’s show.