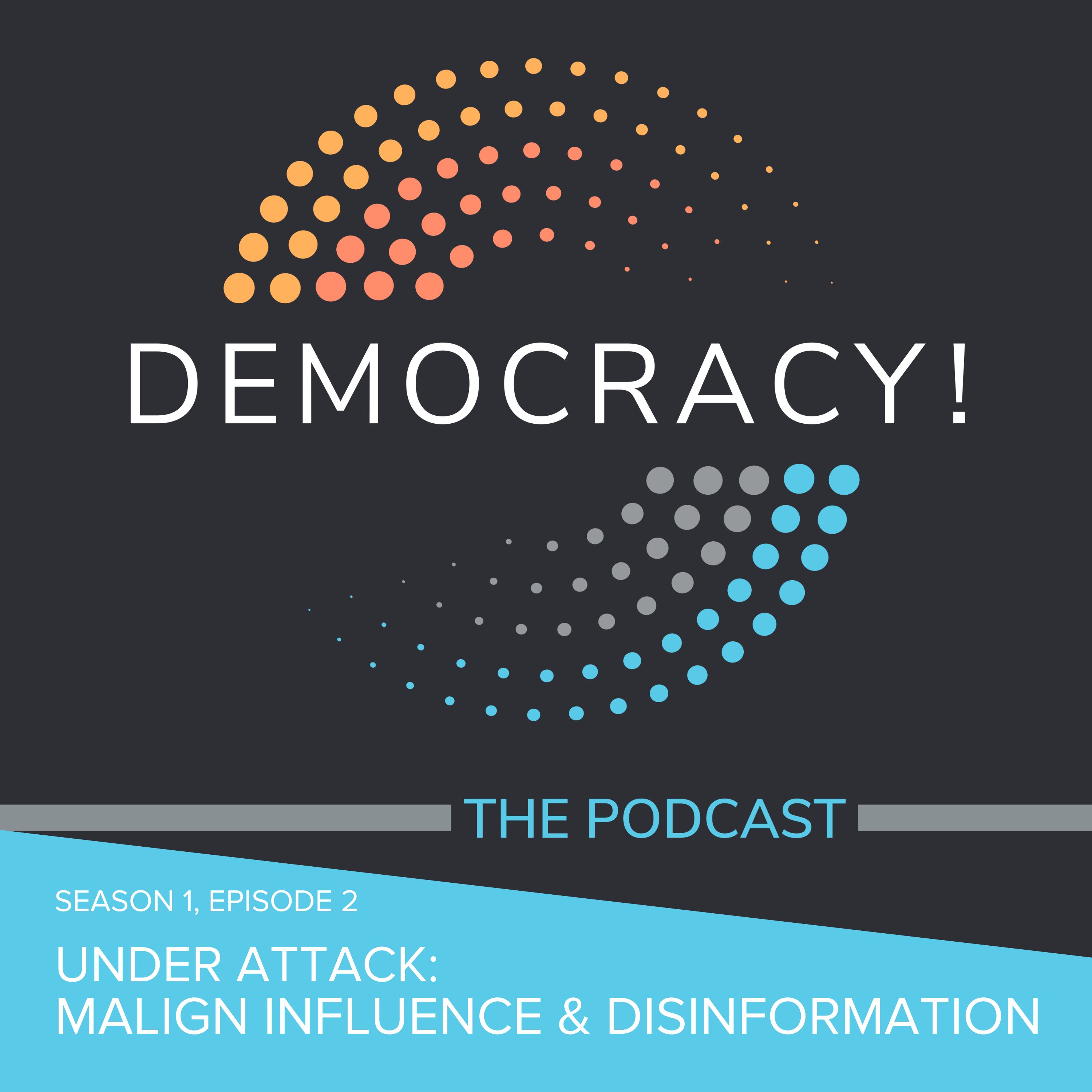 "[I]f we want to protect our own democracy and our own security we need to be alert to the fact that we are subject to these [malign influence & disinformation] campaigns, even if we can't quite see them or trace their finger prints." Dan Twining, President, The International Republican Institute.

While the explosive growth of digital and social media has skyrocketed to universal access over the past several years, nations with nefarious intent, including Russia and China, can now sow seeds of chaos and confusion more easily than ever.

In this episode of Democracy! The Podcast, we’ll focus on the threat malign influence and disinformation present to stable societies and democracies everywhere.

We’ll start in the ancient land of Armenia, where twin crises collided last year, ushering in never before seen levels of nefarious interference.

Then we’ll take a look at Ukraine, where teams combated malign influence online during three sets of elections.

And finally, the President of the International Republican Institute shares his perspective on the crippling effect foreign nations have when their bad intentions infiltrate the public information space, and how you can protect yourself from falling prey.

Democracy! The Podcast is hosted by CEPPS and Adrienne Ross.

Opinions expressed here are those of the host and the guests and do not necessarily reflect the views of USAID or the US Government.  This show is produced by Evo Terra and Simpler Media.