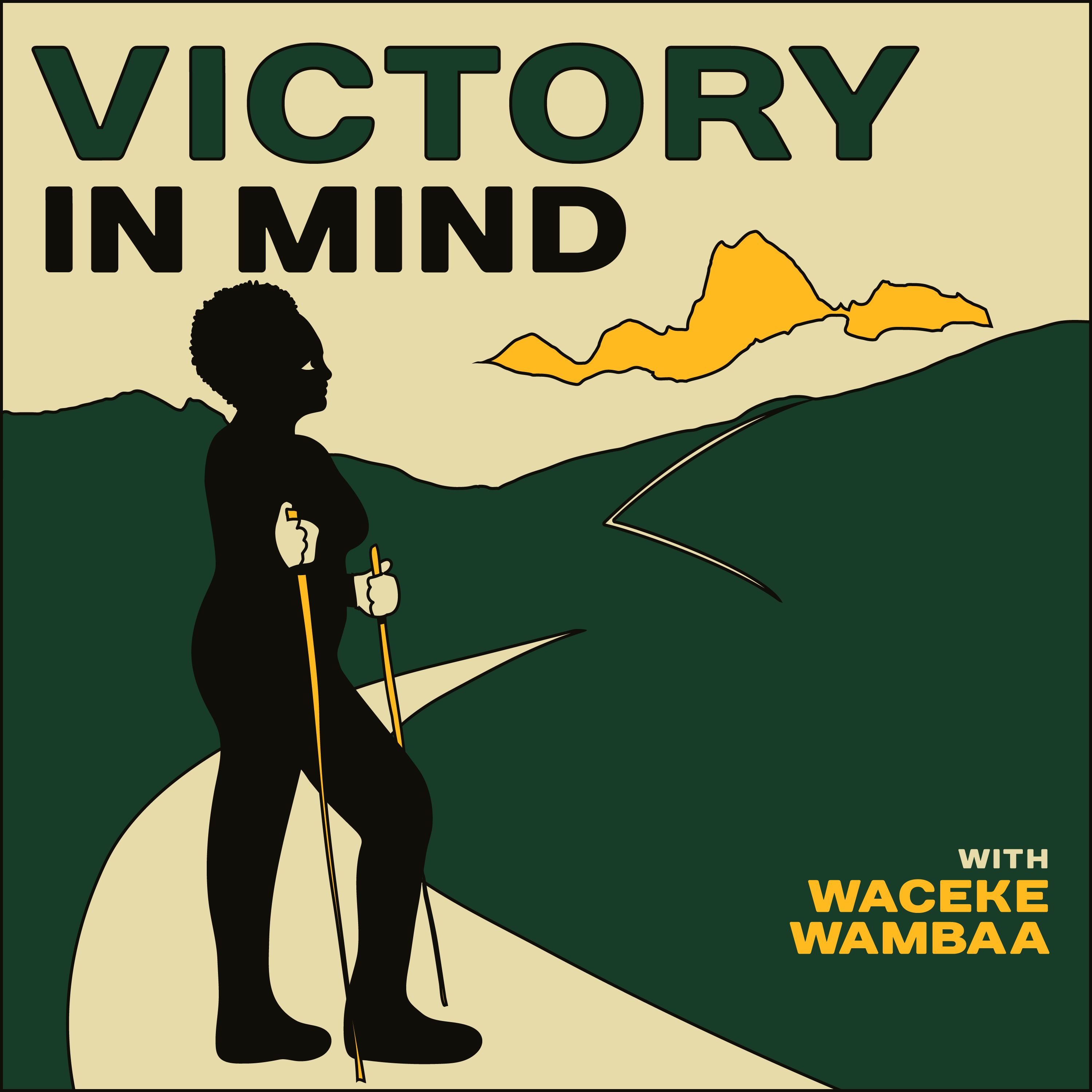 Hope for the future is vital to our makeup as human beings. Often, families, mothers around the world, watch in anguish as their children battle and all to often, succumb to malaria.

But there is hope.

The new malaria vaccine has already starting bringing this hope to hundreds of thousands of families who otherwise would have despaired at the ravages from the deadly disease that malaria is.

Welcome to today’s episode of Victory in Mind as we place a spotlight on malaria, highlighting the recently announced major medical breakthrough of a malaria vaccine after 30 years of research.

Join me as we root all the way for the success of humanity!

[00:03:13] Why should you or I pay attention to the announcement regarding the malaria vaccine?

[00:15:32] Conclusion. Thank you so much for listening. Be sure that you subscribe to this podcast. That way you can automatically receive episodes and share the link. Share so people can liisten and get educated to what's going on around the world and why this malaria vaccine is such a big deal. You can go to our website www.victoryinmind.com for show notes as well as links to download and subscribe. Thanks for staying tuned to Victory in Mind. We appreciate you. I'm your host, Waceke Wambaa  thanking you for joining me on our podcast today. Remember you have a future. You have a hope.

Malaria Vaccine: Just what exactly is the big deal? | Ep 31

Just what exactly is the big deal?

Let's start by considering this simple fact: about half the world's population is at risk of malaria. Half... Of how many billion people? Yeah. People, let's keep informed. Welcome to the show.

[00:01:19] Hi everyone and welcome to this week's episode of Victory in Mind podcast, your guide to living each day with purpose. I'm your host Waceke Wambaa. So on October 6th, 2021, something big was announced. Truthfully, most of us might have lives so far removed from the details of the announcement, for it to make a big impact on our lives.

Consider just as recently as 1988, polio paralyzed an estimated 350,000 people. But as of 2020, there are reported 140 cases of wild polio virus occurring in Afghanistan and Pakistan. Might this be a similar story for malaria in the not too distant future... where they go from so many being killed by this disease to almost full eradication globally.

Why should you or I pay attention to the announcement?

That humanity thing comes into play. Living with victory in mind encompasses our celebration of positive gains made that could potentially impact us and those around us for generations to come. It's so important. Life is so important. And this sounds like an opportunity where we're preserving and protecting life.

Well, WHO is now recommending widespread use of the malaria vaccine among children in Sub- Saharan Africa, and in [00:04:00] other regions with moderate to high Plasmodium falciparum malaria transmission.

See, I grew up in Kenya. One of the countries where this vaccine program is currently in effect. Though Nairobi, the city I grew up in is located on higher altitude or in high altitude and with cooler temperatures than the other areas of the country where malaria was considered to be an endemic disease, one could not but help know and fear getting a bout of malaria.

And then there were those theories and rumors or facts or whatever you hear and believe as you grow up regarding mosquitoes and malaria. You know, like the one that suggested, depending on how a mosquito is [00:06:00] perched on a wall, whether it was parallel to the wall or at an angle, determined if it was the one or the kind that spread malaria or didn't.

How about the one that said if a mosquito made noise when it has coming in for a feast in the dark, coming in to bite you, was it noisy? Because if it was noisy, then it was a good thing. But if you didn't hear the mosquito, so it came in stealth or in silence, then there was a higher risk of being the bad kind of mosquito. The one that had the potential to transmit malaria. Now stop and consider that for a second. How can you learn to hear that kind of silence? Oh, the terror!!! Man this disease, it was, it is a real thing.

So the word malaria [00:07:00] actually derives from the Italian word for "bad air", the mal'aria associated with marshes and swamps.

Why does this one disease malaria cause such a state of fear of terror in us?

Well, malaria is a life-threatening disease caused by plasmodium parasites. The parasites spread to people through the bites of infected female Anopheles mosquitoes, called "malaria vectors."

There are five parasite species that cause malaria in humans and two of these species, that's the – P. falciparum and P. vivax – those two, they pose the greatest threat.

So the first symptoms, fever, headache, and chills, they're like generalized symptoms for a whole bunch of diseases right? In fact, they may be mild and difficult to recognize as malaria. But if not treated within 24 hours, Plasmodium falciparum malaria can progress to severe illness, often leading to death.

So while malaria is actually preventable and curable, it has caused devastation in so many regions of our world and for so, so long.

The bad news is that the more potentially life-threatening P falciparum or Plasmodium falciparum is far too common. In fact, malaria is ranked as the sixth leading cause of death in low income countries.

P. vivax is the predominant parasite in the WHO region of the Americas and that represents about 75% of malaria cases there.

Malaria remains [00:10:00] a primary cause of childhood illness and death in Sub-Saharan Africa. For example, the diseases is a leading killer of children younger than five years in Kenya. In areas with high malaria transmission, young children and pregnant women and vulnerable populations are particularly vulnerable to malaria infection and death.

Well for one thing, while they've been treating it for such a long time, decades, and decades, there is the emergence of resistance to those frontline drugs and insecticides that have been used to treat the disease. This is a major, major concern.

In 2019, there were an estimated 229 million cases of malaria worldwide. [00:11:00] The estimated number of global malaria deaths stood at 409,000 in 2019. Children under five years, they are the most vulnerable group affected by malaria. In 2019, they accounted for 67% of all malaria deaths worldwide. That's 274,000 children who died from malaria in 2019 alone. So that means that malaria cleans the life of one child every two minutes.

aths globally from malaria in: 2019

So when you think of all these really serious numbers, why the big [00:12:00] deal then with this malaria vaccine?

Now the name of the vaccine is RTS, S/AS01 (RTS,S) is the first and to date, the only vaccine to show that it can significantly reduce malaria and life-threatening severe malaria in young African children. It acts against P falciparum, the most deadly malaria parasite globally, and the most prevalent in Africa. Among children who received four doses in large-scale clinical trials, the vaccine prevented approximately four in 10 cases of malaria over a four-year period.

That means there're children who are going to get an opportunity to live past five years old or to live and grow and be all that they were created to be. That is so exciting!

The RTS,S malaria vaccine is the result of 30 years of research and development.

RTS,S is the first malaria vaccine that has completed the clinical development process and received a positive, scientific opinion from the European Medicines Agency, the EMA, a stringent regulatory authority.

Currently, the WHO recommends widespread use of the malaria vaccine among children in Sub-Saharan Africa and in other regions with moderate to high P falciparum malaria transmission.

Sometimes it's hard to grasp how devastating a parasite one can't even see with the naked eye is to individuals, to households, the community at large. Now I'm not here as a VAX or anti-vax person. I just want to share the facts, knowing how devastating malaria has been and continues to be.

That together we can overcome a parasite that has negatively impacted the lives of so many for so long. May this be the legacy of the malaria vaccine program.

Now, please be sure to take a minute to subscribe to the show so that you never miss an episode to get your own personal motivation, activation, encouragement, and inspiration as you live in walk with Victory in Mind. You can subscribe and find out so much more information at our website, www.tataceke.com. That's www.tataceke.com. And while you're there if you loved today's episode, go ahead and share it with a friend. I would really, really appreciate it this. Because as you rate review and subscribe to this podcast, we can become discoverable to more listeners. We're looking for people to live out their full creative potential. Come join the tribe. Remember you have a [00:17:00] hope. You have a future.