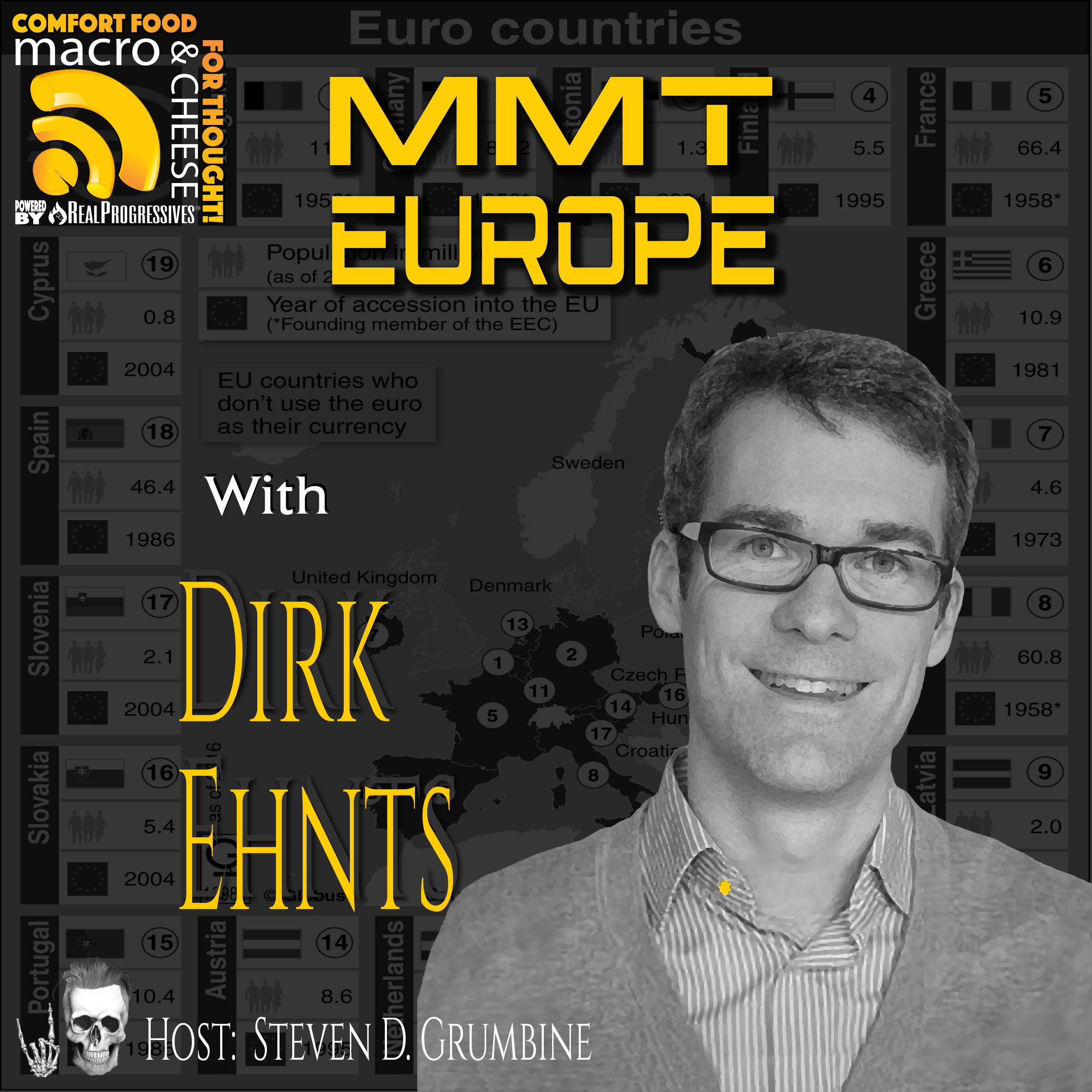 Dirk Ehnts, an economist from Berlin, joins us to talk about his book, Modern Monetary Theory and European Macroeconomics. In addition to discussing the current situation in the Eurozone, he helps us understand the similarities and differences between the Eurozone and the US, especially regarding the relationship between the individual states and the central bank.

So in the US, whatever happens in your state ... you always have government spending coming from the federal level. So that's going to pay for the military installation, that's going to pay for the pensions. It's going to pay for some of the public federal infrastructure. And that means that whatever happens in your state, the federal government is always there. And you also have these institutional mechanisms to ensure that states which do not have a lot of employment can somehow make bargains in the political process and basically trade votes for jobs. And that's the main difference.

The Eurozone has both the European Central Bank (ECB) and national central banks for each EU nation.

We have this problem, that there's going to be a lack of government spending when it really matters. And there's no institution to address this kind of shortcoming. So the Euro was always incomplete, and it was kind of the idea that once it is in place, it can be completed by having a Euro Treasury. But we've been in this kind of mess now since the global financial crisis, and it's not clear where we are going.

Ehnts also addresses the question of how countries within the EU make fiscal policy and get programs funded. He talks about causes of the disparity between northern and southern European nations and Steve brings up the race to the bottom we see among US states. Not only are there differences in the political economic strengths of individual EU countries, but within each there are states or provinces with their own strengths and weaknesses.

The episode covers austerity policies, the changes from pre- to post-GFC eras, and economic effects of the COVID-19 pandemic. There’s enough about money creation, interest rates, and bond sales to satisfy the wonkiest among us.

Don’t forget to check out the episode transcript and Extras pages! If you’re listening on a podcast platform, you’ll have to head over to realprogressives.org/macro-n-cheese-podcast to find them.

Dirk Ehnts is an Adjunct Lecturer at Magdeburg-Stendal University of Applied Sciences, the Speaker of the Board of the Pufendorf Society for Political Economy and author of Modern Monetary Theory and European Macroeconomics.