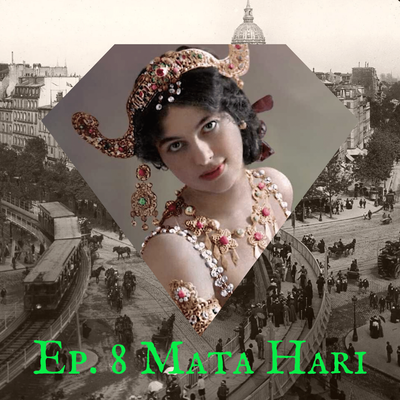 So wrote Mata Hari from prison, shortly before her execution by firing squad in October 1917. The formerly-feted ‘exotic dancer’ was, her prosecutor claimed, ‘the type of woman born to be a spy.’ She certainly met all the femme fatale touchpoints for a nation seeking a scapegoat. But was she a spy at all?

In this episode, Ash explores what happens when the license of peacetime clashes with the moralising dogma of war, the power and vulnerability of adhering to an alter ego, the Western fascination with ‘oriental’ dance, and almost inspires Sarah to launch a lesbian fete.