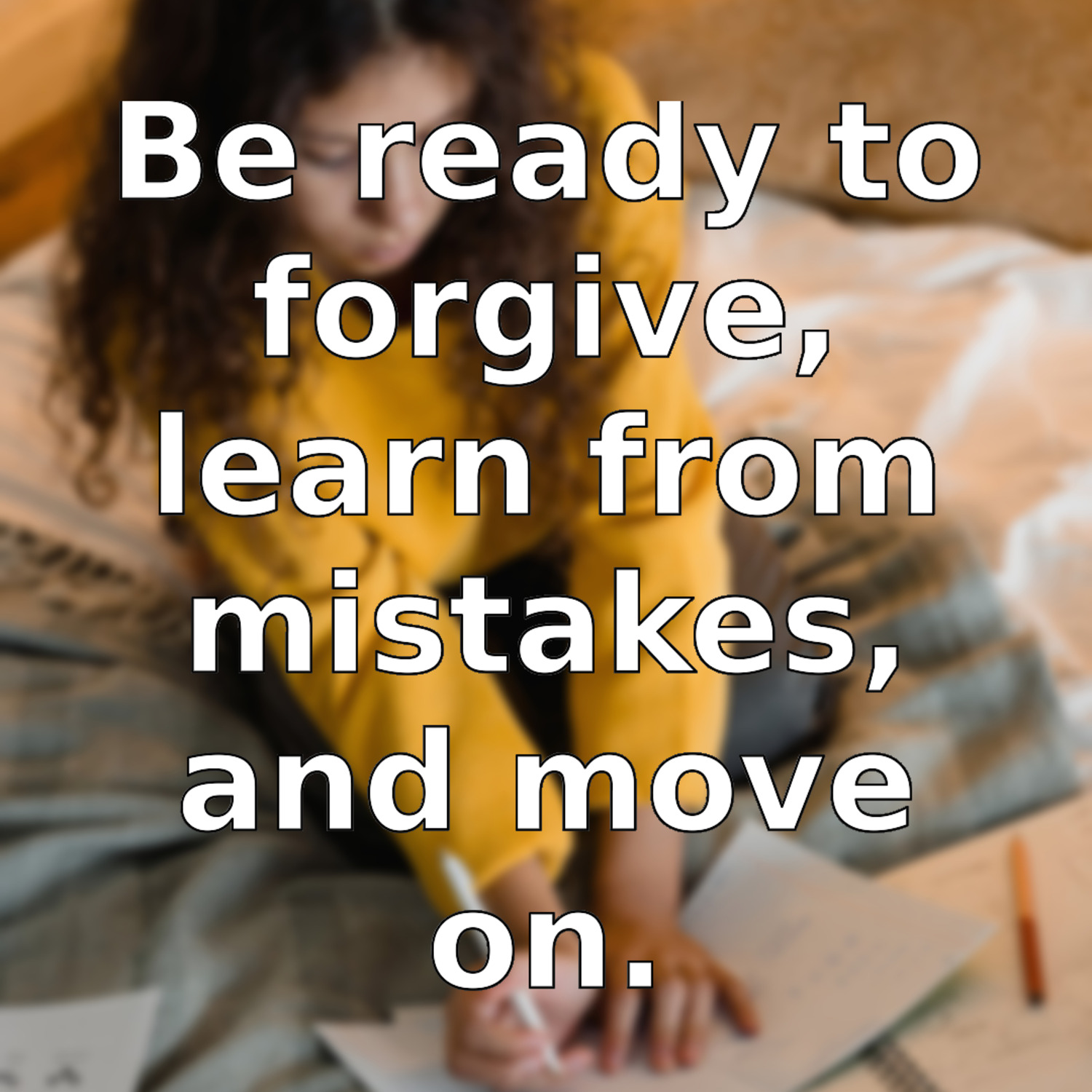 Focus on a few main principles for lasting motivation: visualizing in detail our goal, getting comfortable with being uncomfortable, and allowing our future selves to advise and guide our present selves. Finally, the most important may be to recognize that you will slip up, but will always be ready to forgive, learn from mistakes, and move on to be better next time.

Get the audiobook on Audible at http://bit.ly/PowerOfSelfDiscipline

Let’s return to the goal of losing weight. On the one hand, you have the enticing vision of you at your goal weight, on the other hand you have a temptation right in front of you—let’s say an enormous slice of cake your friend has just offered you. Often, we choose the immediately satisfying option instead (cake, now) over the one that will materialize later (reaching our goal) simply because we are unable to really appreciate the value of the goal that is delayed in the future. In other words, we often choose one hundred dollars now instead of two hundred dollars later—it’s not logical, but our brain has a bias for immediate gratification, overvaluing what’s right in front of us.

The human tendency is to undervalue those benefits that only materialize in the future. We focus only on the present—and actually, judging by what’s in the moment alone, a piece of cake IS better than no piece of cake! But you can see that in doing this, you are basically giving yourself up to the noisiest and most alluring distraction or temptation in your immediate environment. It’s a recipe for lack of focus and lack of purpose. What you get is a string of temporarily pleasing moments but zero sense of anything amounting to much in the long term.

There’s one good way to counteract this: use your imagination. By visualizing your end goal with clarity, you bring the benefits more concretely into the present moment. So, the comparison is really: do you want this nice cake, or do you want to feel fit, healthy, and attractive after you’ve lost weight? This is a much more realistic way of looking at things.

A good habit is to teach yourself to pause before any decision and recall your goals and intentions. Go quiet within and conjure up the image of what you’re trying to accomplish and why. Build this up internally. Feel how much you want it. See how good it’s going to be once you get there. Now open your eyes and look at the temptation—is it really worth you derailing all your plans for?

Let Your Future Self Lead You

A variation on this is to pay attention to the version of you that will arise if you achieve your goal. Imagine the person who you’d like to become, the one in a potential future who has achieved what you want to achieve. Spend some time fleshing this person out. What are they doing, thinking, feeling? Where do they live, who are they with? In as much detail as possible, visualize this imaginary future you.

Now, let this version of yourself give your present version of yourself a pep talk. You see, in the moment, it’s the urges, addictions and transient desires that speak the strongest, but what would your future self say about the slice of cake? What advice would they give you? From that point of view, look at your options, and make a decision.

By doing this, you’re again bringing the intangible and abstract future into the present where you can weigh it up properly. You might gobble the cake in the moment, and love it, but it’s your future self who feels bad about it and guilty for yet again sabotaging their bigger, more important goals. So listen to that voice instead.

It's easy to look at temptations for their immediate virtues and forget about their future costs. Invert this and deliberately downplay the instant gratification and amplify the long-term consequences. So, when you look at a piece of cake, you don’t see something delicious and amazing; you see the guilt, bad feeling, and lack of belief in yourself for not having discipline. You see yourself starting all over again, no closer to your goal than you were before. Suddenly, the cake doesn’t look all that great.

Know How to Bounce Back after You Mess Up

Yes, you will face distractions. Yes, you will encounter discomfort. The path will be slow and sometimes boring, with little reward in the present moment. And here’s another thing: you will make a mistake.

On your journey, expect that you will succumb at some point or other to temptation, or you will take three steps back after taking two forward. Now, this doesn’t mean you’re doing anything wrong. It isn’t a sign that the goal you’ve set is too hard, or evidence that you’d better just give everything up and not even bother. It’s not permission to slack or make excuses for yourself, and it’s not an invitation to turn a small slip up into a big one (i.e. “I’ve had one slice of cake already. What’s another?”).

It's just a normal, expected part of the process. You’re not wrong or bad; you’re just trying to do something intrinsically difficult—change. Things won’t always go to plan. Sometimes you’ll fall a little short or be disappointed in the outcome. Sometimes you’ll be tired or frustrated or disorganized and not do as well as you imagined.

Forgiveness in these moments is not an excuse—the opposite in fact. It’s the state of mind that allows you to get back into things as quickly as possible. If you’re wallowing in self-pity or self-hatred, you’re only delaying getting back to work. You can feel upset, certainly, but don’t let that stop you from getting proactive: acknowledge that you failed, look for the reason why, and commit to doing better next time. There really is no other way forward.

Life will knock you down sometimes, but the longer you stay down, the easier it is for old mental habits to take hold again. Don’t skip a beat or lose any momentum, just get back up again and carry on. Forgiveness is a gift you give to yourself—it says, “Yes, that was bad, but I’m going to let the negativity go and focus on the good.” And then you do it.

Don’t aim for perfection—perfection is fragile, impossible, anxiety-provoking. Instead, tune your attention to what can be done right now to get you facing the right direction and walking back on your right path again. You may be surprised just how comforting it is to take back control in this way.