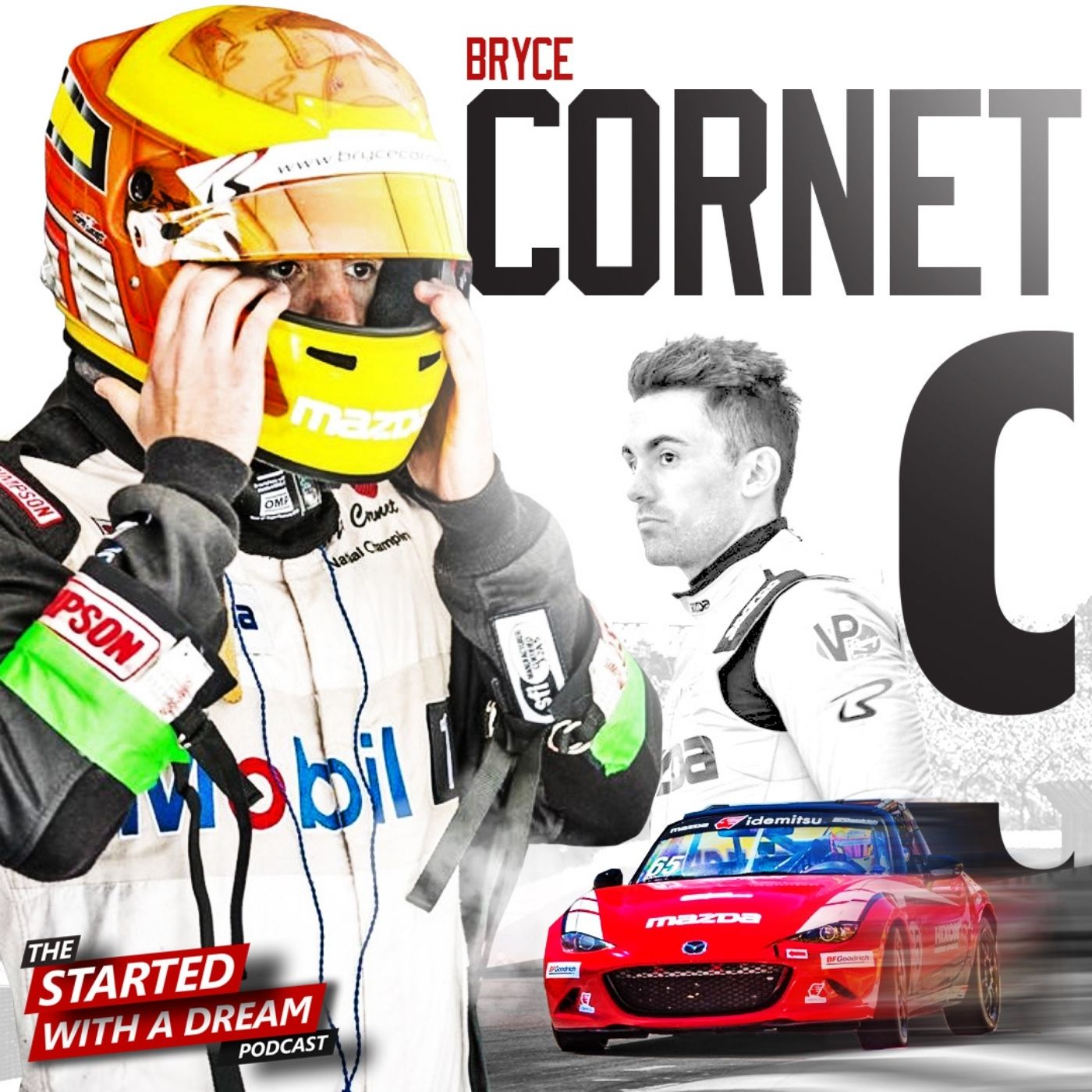 In this episode of the Started With A Dream Podcast presented by 9INE POINT, Jacolby Gilliam interviews Bryce Cornet, a  Mazda MX-5 Cup Series driver sponsored by Hixon Motor Sports, Mazda motorsports and a scholarship recipient of the 2021 Mazda motorsports. He earned a master's at the University of Central Oklahoma while working and also pursuing a career in motorsports. Today, he shares with us his story of starting out in the world of racing, battling with heart abnormalities at a young age and bagging a sponsorship with Mazda.

Bryce begins by narrating the ordeal he faced at 15 just when he had begun to show interests in motorsports. He talks about a documentary that was created to show how he battled with heart abnormalities and how he never gave up his dreams in spite of them. Turning his dream into reality required a shift in mindset and immense motivation to keep going. He shares with us how he pitches himself to sponsors and his experince as a Mazda sponsored driver. Bryce shares his view on the future of the racing industry and what he hopes to achieve in years to come. Just like he didn't let his challanges hold him down, Bryce challenges you to work hard and never give up.

“I had a story, I had something that was unique.”

“That year 2018 will forever go down as the craziest year for me.”

“As a driver, you have different driving tendencies, we have to learn a whole different new skill. It's like learning how to write with your left hand almost at times.”

“More for me is competing and being better this year, getting better, becoming a better sports car driver. And then also supporting Mazda more by being a proper brand ambassador for them.”

“You've got to be mentally strong to be able to have composure.”