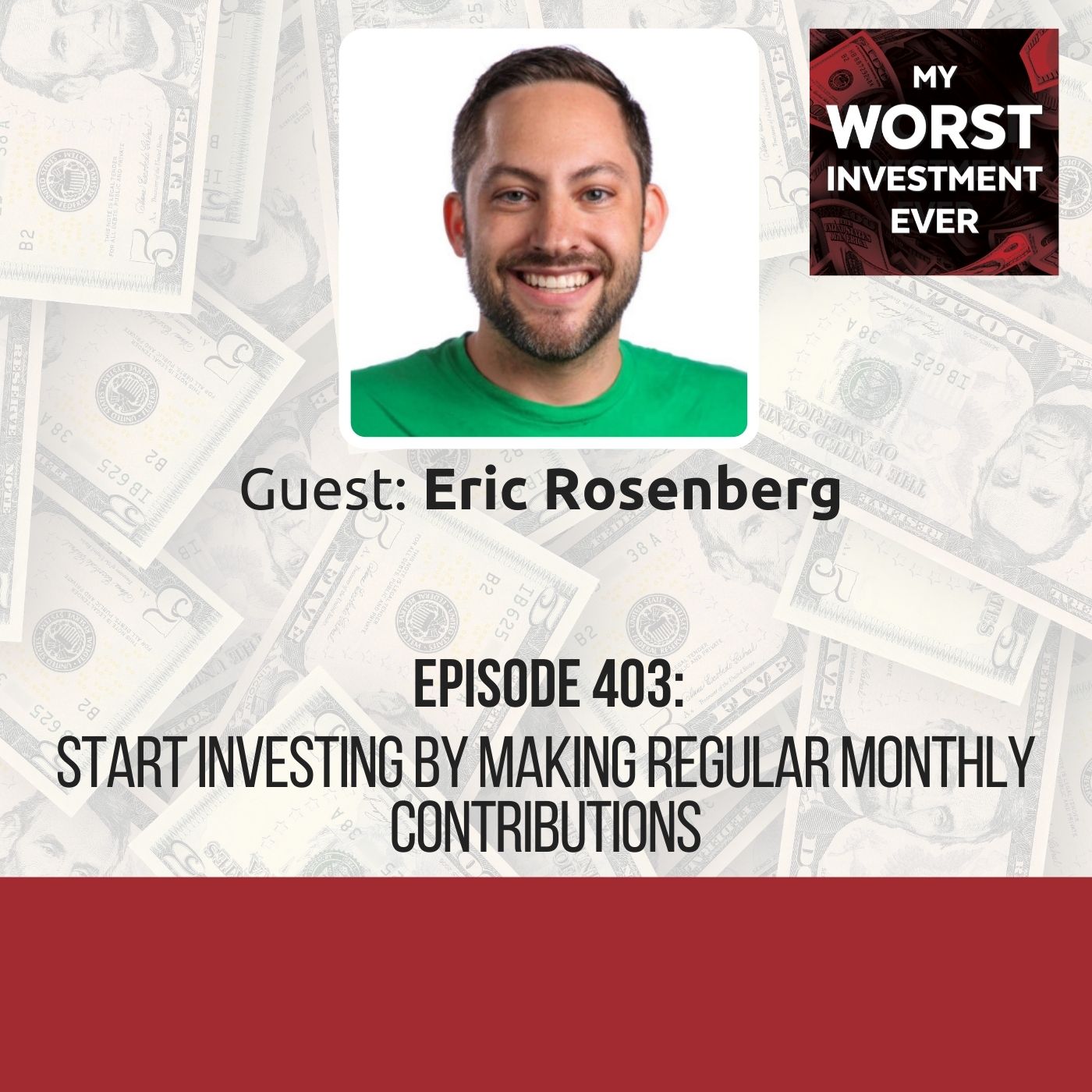 BIO: Eric Rosenberg is a financial writer, speaker, and consultant based in Ventura, California.

STORY: Eric always played it safe by investing in conservative low-list investments. This made him miss out on huge investments.

“Let your money be something that helps you live the life you want. Not the reason you can’t do the things you want.”

Eric Rosenberg is a financial writer, speaker, and consultant based in Ventura, California. He holds an undergraduate finance degree from the University of Colorado and an MBA in finance from the University of Denver. After working as a bank manager and then nearly a decade in corporate finance and accounting, Eric left the corporate world for full-time online self-employment. He recently passed the five-year mark of self-employment.

His work has been featured in online publications, including Business Insider, Nerdwallet, Investopedia, The Balance, HuffPo, Investor Junkie, and other fine financial blogs and publications. When away from the computer, he enjoys spending time with his wife and three children, traveling the world, and tinkering with technology. Connect with him and learn more at EricRosenberg.com.

Eric graduated from college in 2007 with a finance degree. He came out of grad school into the beginning of one of the worst economies.

Eric started investing with a lot of very conservative investment ideas because he was nervous about losing. He had taken Warren Buffett’s advice of not losing money to heart. He concentrated on making long-term value investments that are low-risk.

This way of investing saw Eric not make many investments that would have made him a lot of money.

One of the most notable investments that Eric missed out on was the WWE stock. While in school, Eric did a presentation on the WWE stock. He argued that this was not just about muscle men fighting, but it was actually a very profitable business. However, the class voted not to buy it.

But Eric was convinced enough, so he bought WWE stock worth about $300. Initially, it went way up, and it was doing great. Then all of a sudden, it was not doing so great. He ended up selling it for a modest loss. It wasn’t a big one.

But later on, Eric learned that his research was pretty much spot on because the stock eventually returned multiple times over. If he hadn’t sold it and had just held on and rode it out for another couple of years, it would have turned profitable.

Another stock that Eric sold for a loss was Teva pharmaceuticals. He didn’t do an in-depth financial analysis on this stock as he usually did. This is because he is very passionate about Israel, so he went with his emotions. He invested about $800, but the stock never did well.

Understand and manage your investment risk

Everyone has a different risk tolerance. Understand what your tolerance is. If you always get sick to your stomach every time you think of losing money, you probably don’t want a very risky portfolio. If you get excited at the idea of taking on risky ventures, then maybe you can invest a little bit riskier. But understand and be in control of that risk.

Start investing by making regular investments over time. The best way for most people to get started is by taking advantage of 401k if you have a job that has one. If you don’t have 401k, find another investment and start saving regularly, even if it’s just $5. Just start with something you can always build from there, but you can’t build on zero. So you got to start with that first dollar.

Quit with the excuses and start saving and investing

Most people come up with all kinds of reasons not to start saving and investing. The truth is that it’s never going to be convenient. You just got to start.

You won’t always get it right with the stock market

The stock market goes in waves. Sometimes it’s really high; sometimes, it’s really low. Therefore, not every stock you invest in will be a winner, and that’s ok.

Set up your automatic monthly recurring contributions and start saving either into your work or personal IRA, or your HSA, or a taxable stock account. You won’t make money if you don’t start. So get something automated, and you can always grow from there.

“Until next time, stay profitable.”