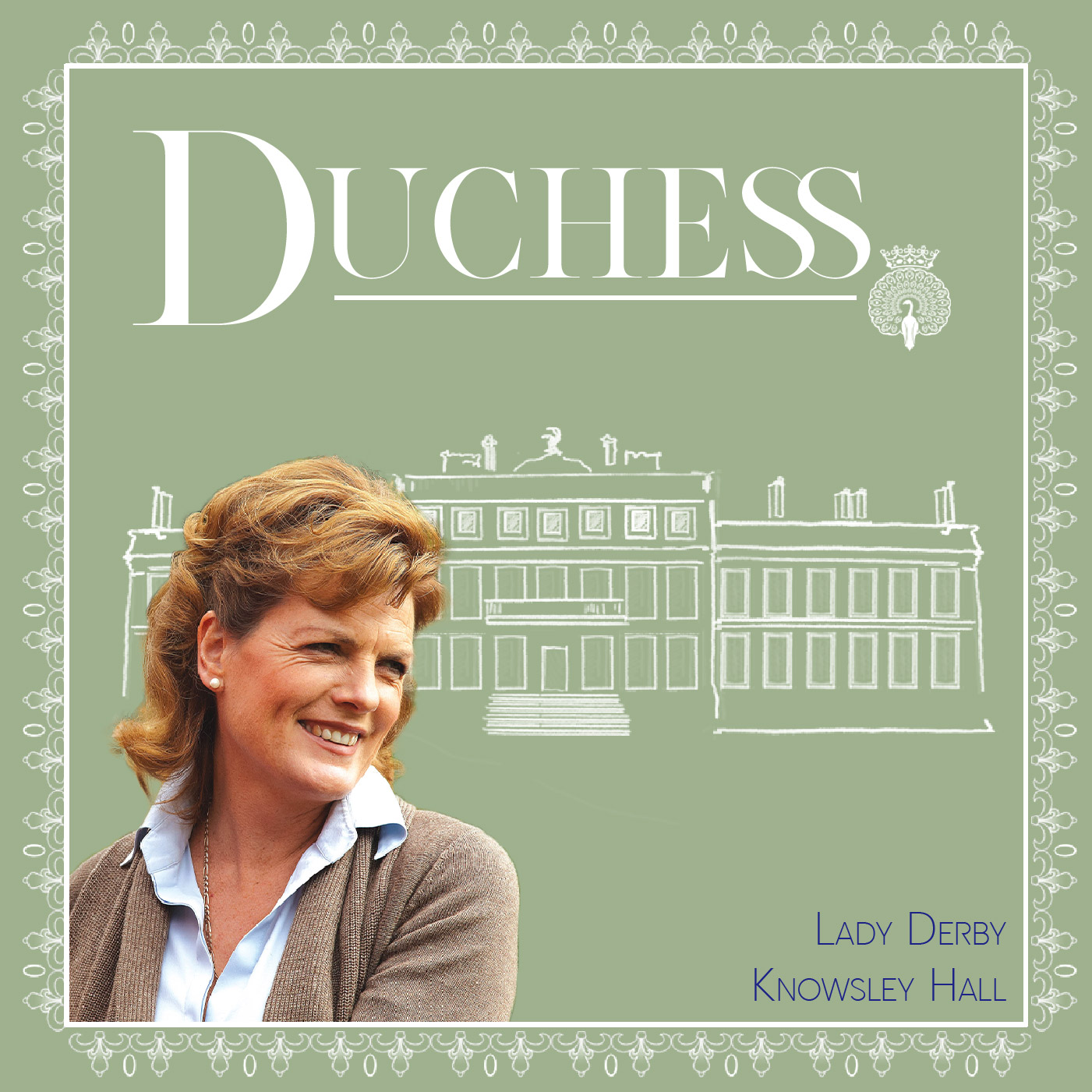 On this episode of Duchess, our hosts travels to meet the lovely Countess of Derby of the beautiful Knowsley Hall. Lady Derby speaks to the Duchess about the impressive lineage of the Stanley family, and Lady Derby explains some of the challenges she encountered when first arriving on the steps of Knowsley Hall. Emma Rutland learns about Knowsley's astounding connection to Shakespeare, we are given an insight into the Stanley's enthusiasm for equestrian sports, and we hear first hand accounts of the what it’s like to run an estate during a pandemic.

“That was the most difficult thing during the lockdown. Everyone had to isolate. It was actually very lonely.” - Lady Derby

“It’s hard to describe a stately home life without realising it is very co-dependent.” - Lady Derby

“Having people in the house, brings life to the house.” - Lady Derby

“I have been totally reliant on the community I work with to find my way.” - Lady Derby

“What these homes are really about is the community.” - Emma Rutland

The Countess of Derby, born Caroline Neville, grew up in the stately home Audley End home to the historic House of Neville. She studied History and History of Art at London City University, before working as Assistant to the Surveyor to the Queen’s Pictures. She met her husband Edward Stanley, 9th Earl of Derby, in 1994. The couple married and have three children.

Knowsley Hall was built in the 1500s and has been home to the Stanley's for over 500 years. The Stanley’s are one of the most illustrious families in British history, with famous knights, prime ministers, and politicians within their lineage. The Epsom Derby was named after the Earls of Derby, as is The Stanley Cup in hockey. Now visitors flock to Knowsley Hall all year round to enjoy its many priceless works of art, events and safari park.

Emma, the Duchess of Rutland, grew up far away from the world of the aristocracy. Born Emma Watkins, the Duchess grew up the daughter of a Quaker farmer, in the Welsh countryside. She trained as an opera singer in the Guildhall School of Music, and worked as a successful interior designer before meeting her future husband David Manners, the 11th Duke of Rutland, at a dinner party. Their marriage in 1992 thrust Emma into a new world, which included the responsibility of preserving one of the nation's greatest stately homes: Belvoir Castle. While simultaneously running the day to day operations of the castle, and raising five children, the Duchess became fascinated with the history and importance of the other stately homes of the UK. Join Emma as she embarks on a wonderful journey through time, to learn more about the incredible homes that have defined Great Britain and, most importantly, meet the other extraordinary women who work tirelessly in the background, to preserve their homes history and magic for future generations.