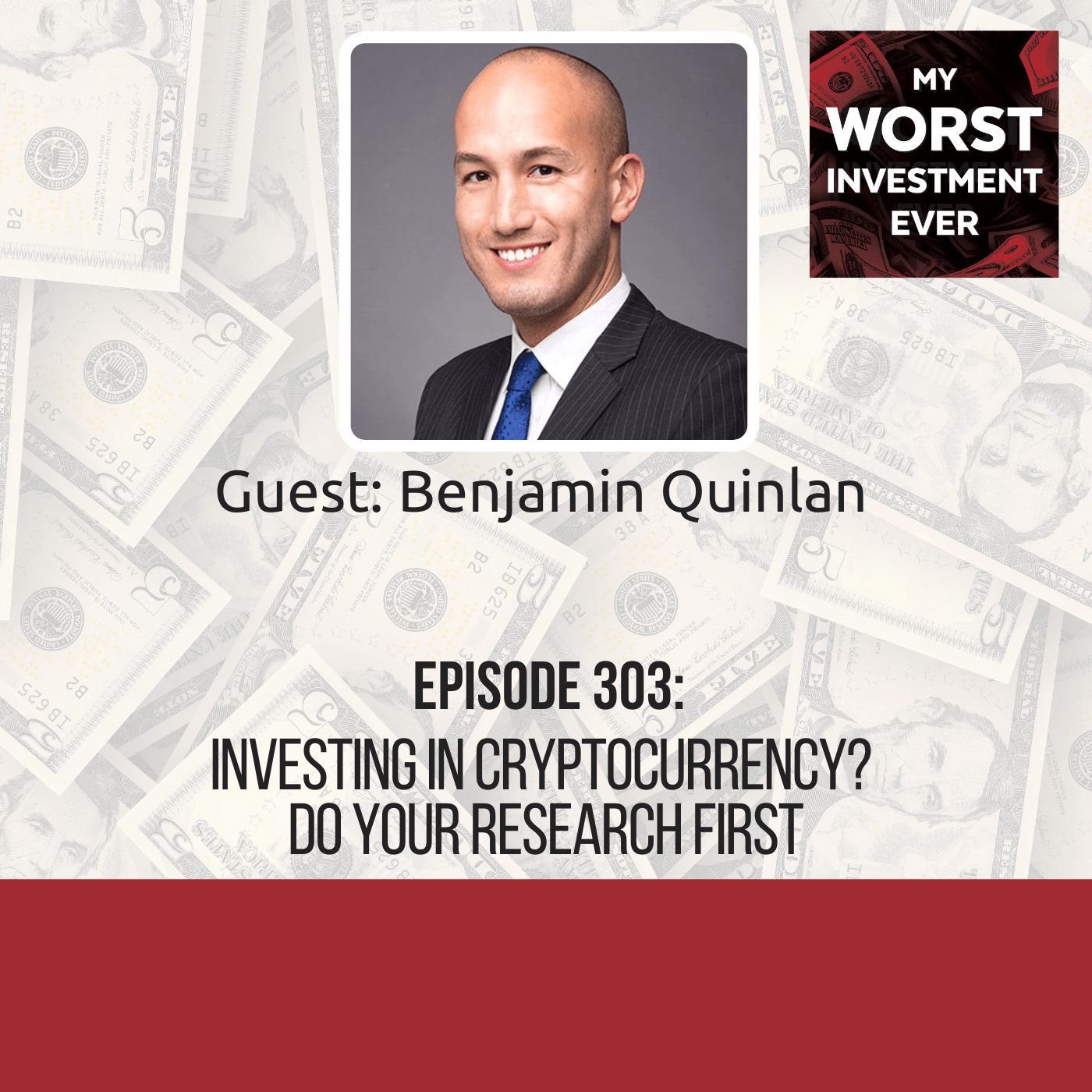 Benjamin Quinlan is the CEO and Managing Partner of Quinlan & Associates. He is also the Chairman of the FinTech Association of Hong Kong, an Adjunct Professor at the AIT School of Management, a Mentor for PingAn’s Cloud Accelerator, a Guest Contributor for eFinancialCareers and Regulation Asia, and a Senior Advisor to many leading startups in the region.

He was previously the Head of Strategy for Deutsche Bank’s equities business in the Asia Pacific and its Investment Bank in Greater China. He has also worked at UBS, Oliver Wyman, and PwC.

“You’ve got to be in the game and not on the sidelines; otherwise, you are never going to get involved to the degree you need to make things work for you.”

Investing in cryptocurrency with all the hype

In 2017, there was all this hype going on around cryptocurrencies. Bitcoin was literally on the financial news headlines every day. As a strategic consultant, Benjamin likes to put a lot of data and thought behind how he looks at new opportunities and new developments, particularly in the financial services industry.

So Benjamin deployed his team and tasked them with cracking this new cryptocurrency. His focus was on learning what this ecosystem was all about and the real value of this very elusive Bitcoin that everyone kept referring to.

Finding a way to value Bitcoin

As Benjamin and his team tried to crack Bitcoin, they realized that nobody knew its worth. Analysts in the market said it was worth zero, while the people rushing to invest in Bitcoin were saying it was worth a million. But they were all in agreement about one thing; there were zero methodologies and approaches to valuing Bitcoin.

The team sat down and worked out how to value this new currency. The team came up with four different methodologies. Every single method pointed to the fact that this was a massive speculative bubble.

Sharing his report with the market

Benjamin and his team concluded that Bitcoin was just a speculative investment that would plummet in no time. At the time of Benjamin’s research, the price of Bitcoin was around $20,000.

Bloomberg cited Benjamin’s report as the most accurate crypto forecaster in the world. The report got so much coverage around the world and even made it into Quora and Reddit.

The advice he had but never took

One day, Benjamin was on international TV, CNBC, and the anchor asked him, “So Benjamin, given all of your research and analysis and thought process, are you shorting Bitcoin?” He said, “No, we do not. Because as an independent consulting firm, we do not get involved in the investment side.”

Benjamin watched as Bitcoin continued to plummet throughout the year and could not help but think about the amount of money he could have made from backing the advice he and his team were so confident of. But alas, he did not do it. It would have been great to put his money where his mouth is.

The success of any investment lies in thorough research

When considering an investment, including cryptocurrencies such as Bitcoin, do thorough research first. Do not just look at technicals and theories. You need to look at what is going on in the broader market too.

Back your thought process with conviction

You will not always get everything you do right but no matter what happens, always back up your decisions with conviction. If you strongly believe that your decision is right, then stick by it.

Take a small position and grow it over time

Just because your gut tells you to do something does not mean you have to go all in. Invest just a little bit into your investment of interest so that you are at least taking action. Start slowly and continue to build your portfolio.

If your gut is fundamentally pushing you in a direction to make a decision, take a position. Whatever that position might be, follow your instinct, and follow your gut. Only over time can you work out if you got it right or wrong and, that is part of investing.

Benjamin’s number one goal for the next 12 months is to continue to build and scale his business. Beyond that, he wants to get back on stage and do some more touring for comedy. He also wants to finish the book he’s been working on.