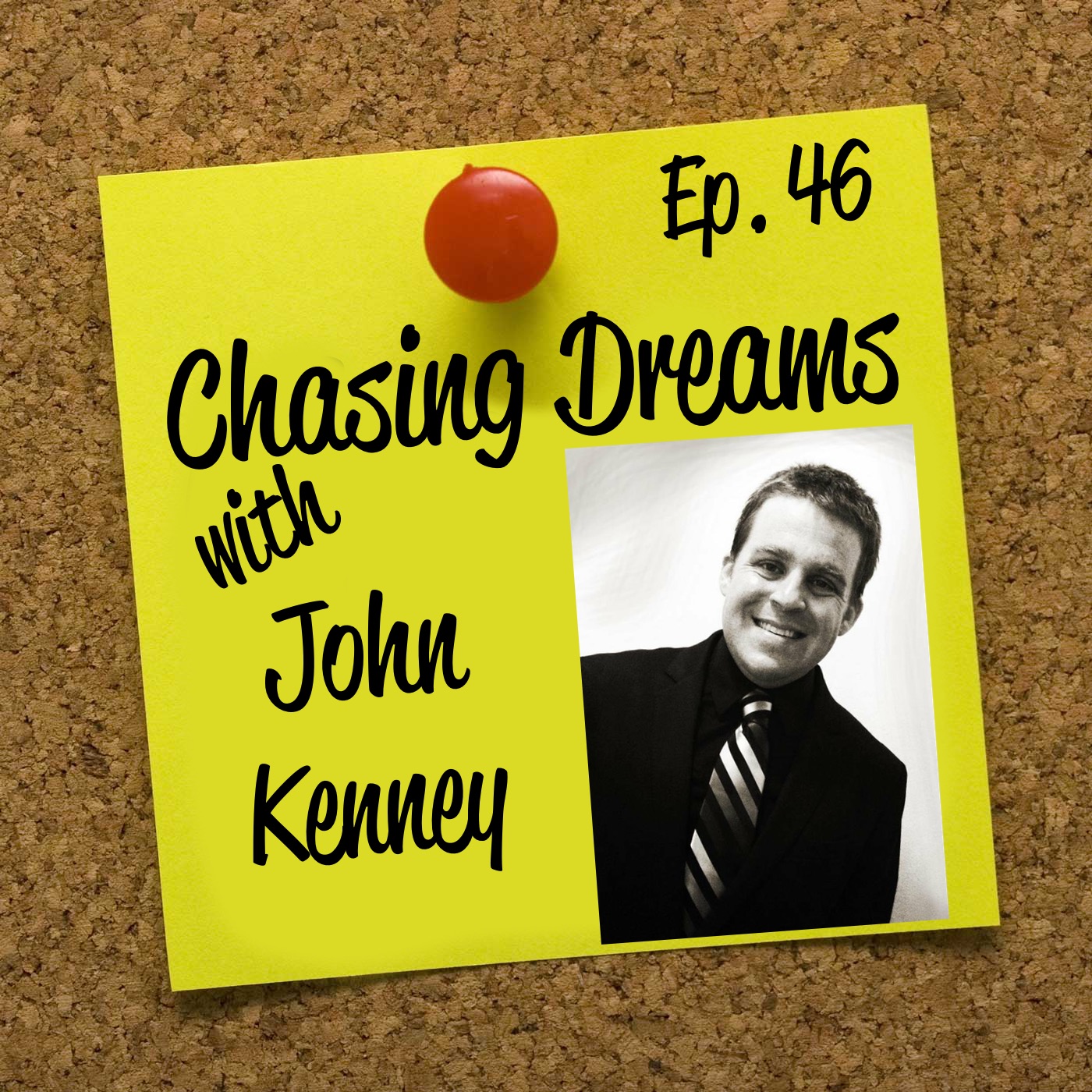 John Kenney is no stranger to hard work. In fact, the journey to finding his purpose was filled with many late nights, long days, and hard work. John’s passion for music came at a young age, when he was drawn to the fiddle. He grew up listening to John Denver and other country stars, which attracted John to the fiddle/violin. There was only one problem. It was very expensive to play the violin. After discovering the high cost, John was disappointed and gave up on music entirely until high school. That’s when John would discover his true passion: the piano.

TWEET: Finding your #dream through #dueling #pianos, on this episode of Chasing Dreams

A passion for the piano.

John’s attraction to the piano was motivated by something that wasn’t uncommon for a 16-year-old boy: girls. He decided to learn to play the piano to attract girls. With such a non-musical motivation, John didn’t expect to truly love the piano. But, that’s just what happened. John was passionate about the piano and found himself practicing during any free time he could find. He discusses why he loved piano so much from the start, and how it ended up boosting his confidence and really helping him in all areas of his life.

After high school, John sought out educational opportunities within music. He applied to music schools throughout Michigan and was accepted to many. John decided to play in bands instead of going to school, which lasted about 3 years. During this time, John worked to hone his craft and grow as a pianist. Over time, John would end up playing with a variety of bands and musicians, until one day a friend suggested he check out a dueling piano bar in a nearby city. That suggestion would change the course of John’s life forever.

TWEET: Finding your #purpose and building a #life around it

Over the next several years, John would work as a dueling pianist and found himself truly loving the path he was on. He worked at the bar where he first discovered dueling pianos, but would always search for better opportunities to continue to grow and evolve as a musician. On his honeymoon at Walt Disney World, John discovered the dueling piano bar there, Jellyrolls. He was immediately taken by the atmosphere and the energy there, and knew right away he wanted to work there someday. 6-7 years later, there was an opening there and John was invited to audition. He discusses what it was like to audition and how he ended up landing the job. According to John, this job would change everything and help him connect with his why.

Going out on your own.

Over the next 7 years, John worked at Jellyrolls and loved every minute. He loved living in Orlando and truly enjoyed the experience of working at Walt Disney World. This experience gave John the confidence to take a leap of faith: going out on his own. He’d spent a couple of years refining his idea and finally made it happen. John went out on his own and launched Orlando Dueling Pianos. Through this business, John is able to perform at weddings and other events, which he says is incredibly rewarding. He also discusses how wanting to spend more time with his daughter influenced his decision to branch out. In closing, John offers some advice to fellow dream chasers: enjoy the ride; the journey is what it’s all about.

TWEET: The #courage to go out on your own, on this episode of #ChasingDreams

Know why you’re doing it.

Enjoy the ride; the journey is what it’s all about.

Connect with John on Social Media:

TWEET: From a passion for music to a love of the piano, on this episode or #ChasingDreams

TWEET: Connecting with your true #purpose and staying focused on your #why