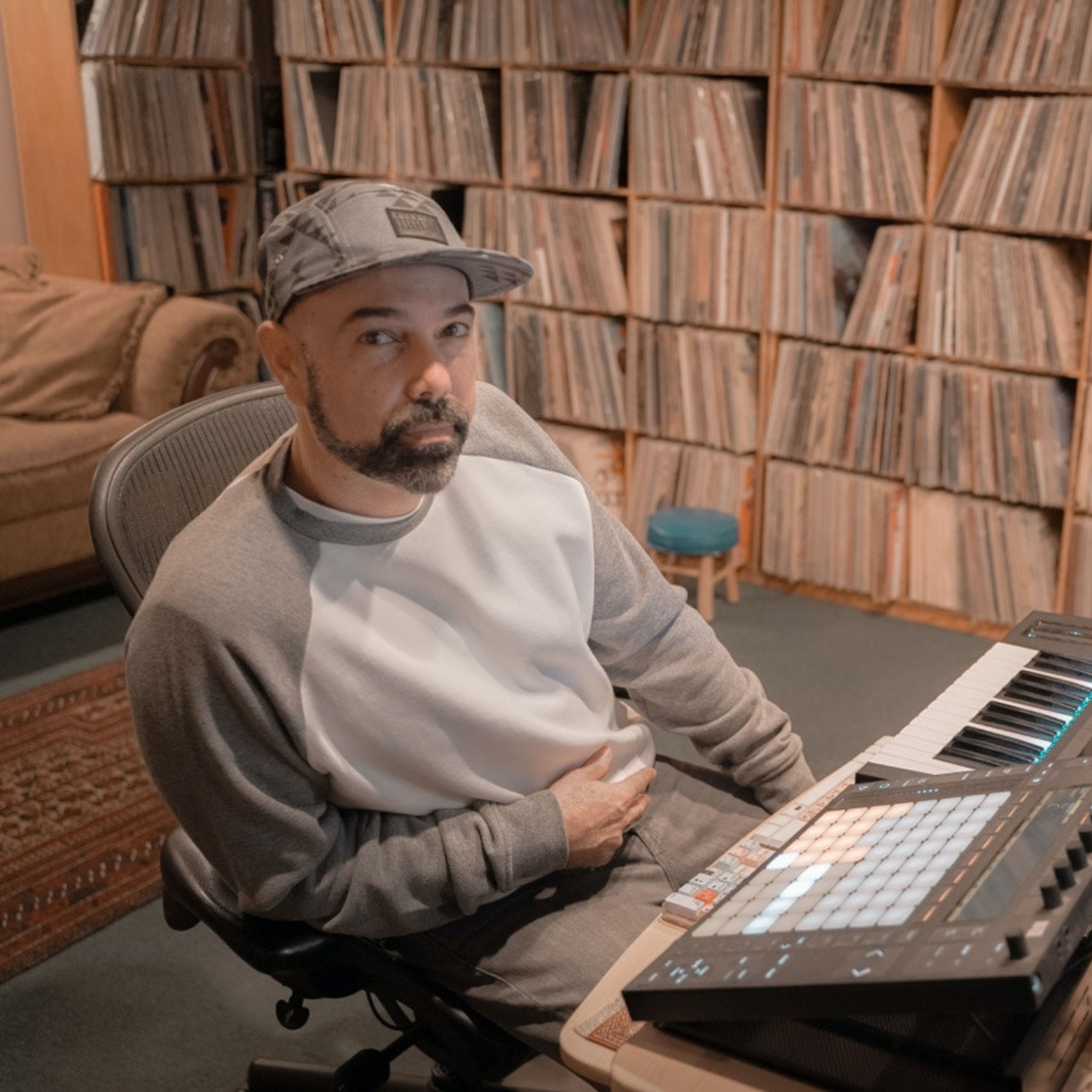 DJ Nu-Mark has carved out an amazing niche for himself in the LA music scene and beyond, from his groundbreaking work with the world-famous group Jurassic 5, to his recent work in television and film, to creating popular sample packs, and his viral video series Zodiac Tracks, the journey has been surprising, fun-filled, and successful. This success stands as a great argument for what is possible with a solid work ethic, good ears, and people skills!

In today's conversation, we get to hear about the life that DJ Nu-Mark has built for himself and his constant dedication to wonderment and excitement. He talks about how putting all his eggs in the music basket was the thing that worked for him, and spills the beans on how to keep an audience engaged and maintain relevancy.

From the earliest days, DJing at house parties in the '80s, to hearing beats by an unknown Kanye West, Nu-Mark has seen a lot of things come and go. He talks about the drumming that laid a foundation for his musical sensibilities, and how he applied these to the new technologies afforded to DJs, cutting and scratching his way to record deals. Our guest has continued to have adventures and explore new horizons, and his open-hearted attitude is an inspiration to anyone wanting to express themselves!

•  Starting a record collection and the most meaningful early purchases that Nu-Mark made.

•  Drum machines and turntables; the blueprint for a future that Nu-Mark carved out.

•  How Nu-Mark went about building his scratching skills on the turntables and mixer.

•  Bringing lessons from drumming and the school band into turntable performances.

•  Rocking house parties and how this naturally led to working with MCs and meeting Jurassic 5.

•  The beat-making process; drums machines, samplers, and the different combinations of gear that Nu-Mark used.

•  Memories of the Good Life Cafe, and the important relationships that were formed during that time.

•  The combination of amazing rhythms, humor, and dedication; the ingredients that made Jurassic 5.

•  Getting the music heard, starting an indie label, and finding distribution for the first EP.

•  Touring and moving into the UK market before gaining proper recognition back home.

•  The time it takes to find your inner voice and make the art that you really believe in.

•  Legal sides of the music business and how Nu-Mark and J5 found a great lawyer!

•  Collaborating and sharing writing credits while learning and building.

•  Nu-Mark's path to making music specifically for the film and TV industry.

•  How to go about getting music placed in film and video games.

•  The preparation and performance of Nu-Mark's Zodiac Track series.

•  Branding, merchandising, and social media; Nu-Mark's relaxed approach to this part of his work.

•  Nu-Mark's favorite producers through the ages, who inspires him, and who he still wants to work with.

“If you are musically inclined, you should really take advantage of writing your own shit, and spending time and collaborating with other people that can write melodies and harmonies that you can't.” — @DJNUMARK [1:02:08]