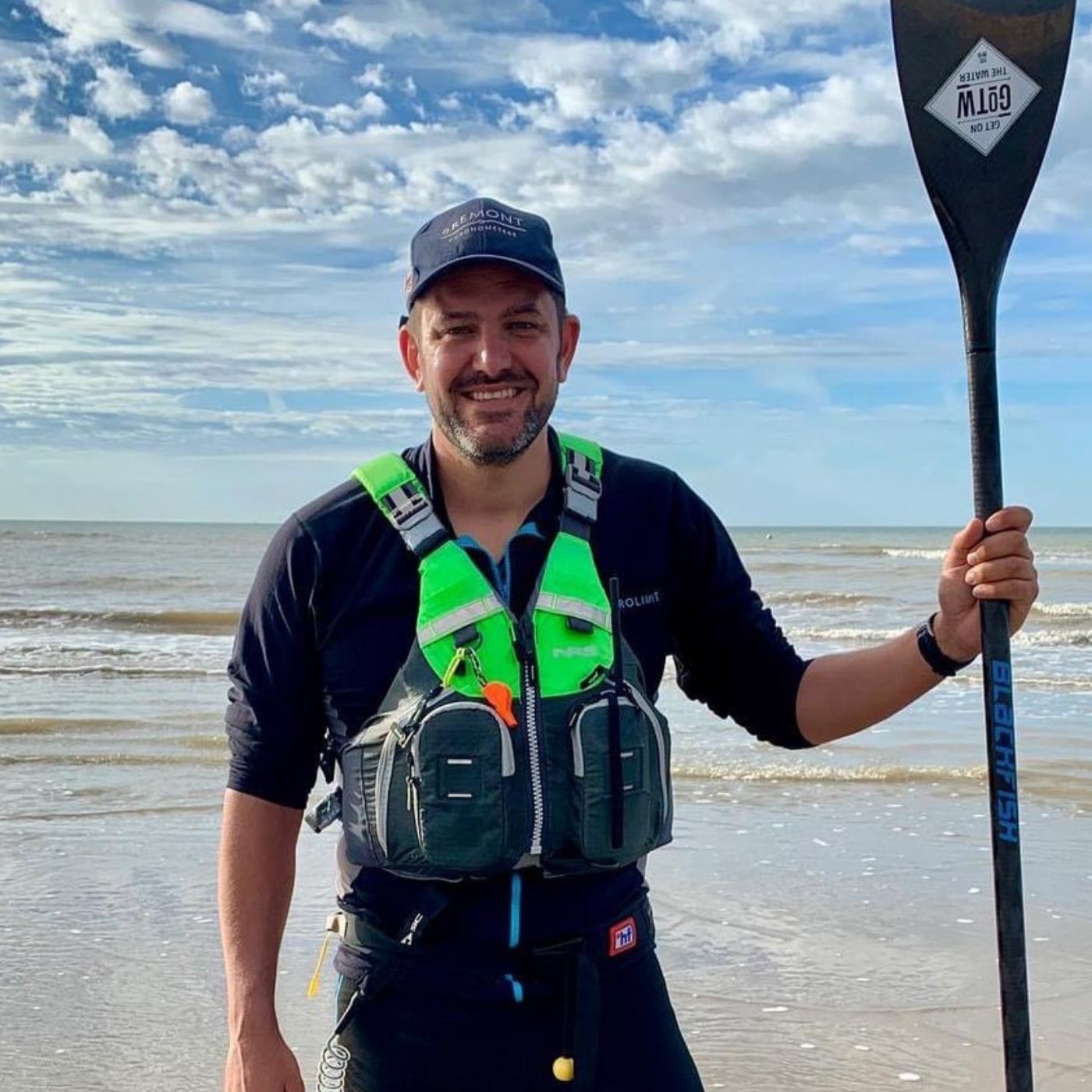 The always impressive Jordan Wylie chats with Simon about his incredible adventure, paddling the coast of Great Britain.

As warmer and longer days come closer with the prospect of more time in the water, why not prepare by improving your SUP safety knowledge for the new season, with the SUPfm Safety Course.

With the code GBPADDLE10 we're not only offering you £10 off the course, but for every course sold, we'll make a £5 donation to Jordan's Frontline Children appeal to build a school. Check out the course here at www.supfm.thinkific.com

Jordan Wylie kept the UK biting it's nails throughout 2020, as they tracked his gritty progress as he attempted to be the first person to circumnavigate the British coastline on a stand-up paddleboard.

Despite facing a variety of challenges including injury and weather he crossed the Irish Sea twice and managed to reach the wild coast of Scotland around mid-winter. Jordan was on the point of entering the finishing straight, before he was forced to abandon due to COVID lockdown.

Jordan and his team covered a massive 1478 miles over 149 days and in this episode Jordan talks about his experiences and his reflections on this incredible adventure.

The purpose of his mission was to inspire and also to raise money to build the school he had promised to children on his visit to the Horn of Africa and is just £15000 short of his fundraising target of £100,000. Please help him reach his total by donating to Frontline Children here

Jordan is an author who has already completed a number of extreme adventures and his account of running marathons in Afganistan, Somalia and Iraq is in his book Running for my Life

Check out the site for the Great British Paddle here

Frontline Children is the charity Jordan has been raising money for, find out more here

To keep updated on his progress follow Jordan on