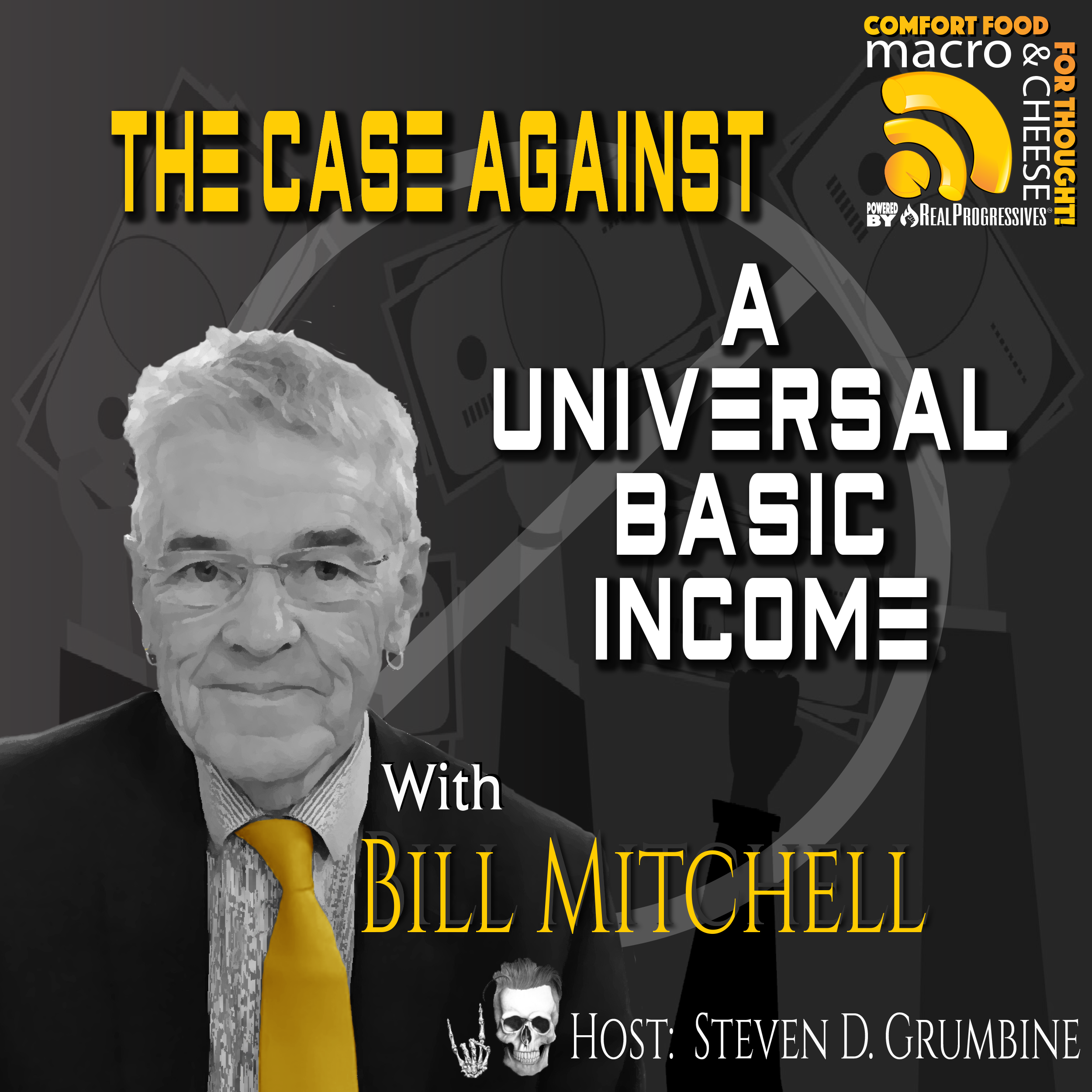 Professor Bill Mitchell was our very first guest on Macro N Cheese, and now here he is, 122 weeks later. Episode #1 was Putting the T in MMT. This week Steve asks him to discuss the single policy prescription at the core of MMT - the Federal Job Guarantee. The discussion goes into the parameters and nuance of the FJG and the pitfalls of a Universal Basic Income as a competing possibility.

Bill asserts that implementing a UBI to deal with unemployment and poverty would be capitulating to the neoliberal claim that government is helpless in the face of unemployment - as if it’s a natural phenomenon. MMT shows us the federal government can buy and utilize the excess unemployed labor force the same way it guarantees a stable price floor to agricultural surpluses. In each case these are resources the private market didn’t need.

Steve and Bill delve into some details of the FJG advocated by leading MMT experts. This is not some ‘dig a hole, fill a hole’ make-work charade, but a federally funded, locally administered program that aims to fill in crucial resource gaps in communities the private sector neglects for a reason. These jobs don’t generate profit, but they are some of the most valuable services, such as the arts and education, or care for children, the elderly, and the environment. The job guarantee directly addresses unemployment and poverty, unlike the UBI.

Steve brings up the automation bogeyman. “The robots are coming for our jobs!” Bill reminds us we are still in charge.

Well, this comes down to this sort of myth that has evolved in this neoliberal era, that the market is supreme. And somehow the economy is beyond us now. And that we have to serve the economy, not the economy serve us, and that we have to pull our belts in and sacrifice and whatever in the name of advancing the economy and the market. Now, I mean, it's an absurd proposition when you think about it. All of these constructs are our constructs, our legal and conceptual constructs. The economy is our concept. And the idea that we've just got to lie down and be whipped by the market is just nonsensical.

Bill further elaborates the FJG is multi-dimensional. In the short run it solves poverty and income insecurity, but in the long term, it will help evolve the concept of 'meaningful work.' Jobs don’t need to be soul-crushing, but can actually be personally fulfilling and beneficial to society at the same time. We are only limited by our imagination.

Professor Bill Mitchell holds the Chair in Economics and is the Director of the Centre of Full Employment and Equity (CofFEE), an official research centre at the University of Newcastle. He also is a Visiting Professor at Maastricht University, The Netherlands, and is on the management board of CofFEE-Europe, a sister centre located at that university.

Enroll, support and donate to MMTed at mmted.org