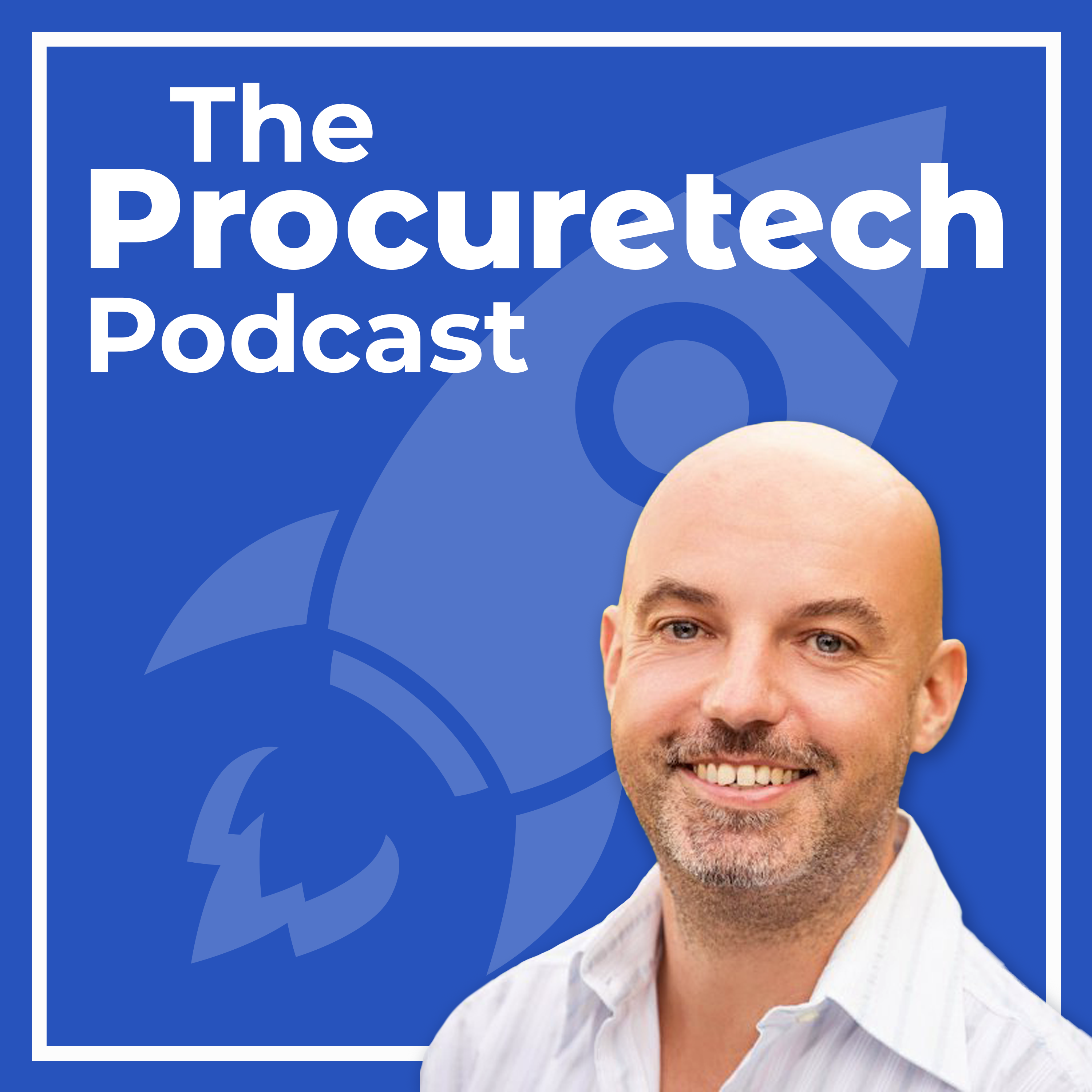 We're back with the third in our 5-part series on e-sourcing platforms, and this week we're looking at how e-sourcing can fit into a wider scope covered by a software solution.

How can an e-sourcing requirement be married together with upstream and downstream features to create a mini-suite centred around vendor management, with e-sourcing at its core?

This is what my guest this week, David Wadler, has created with the Vendorful platform, and he's here to walk us through how this approach can reduce the need for too many SaaS applications in one organisation.

NYC native David starts by giving us some history of his background and how he kind of fell into software engineering and growing a startup after living abroad in France for a number of years.

His first experience of procurement was serendipitous, having sold his first software company to Lexmark, who then engaged him on an assignment to look into costs in their IT category. He quickly realised that the sourcing process was broken and was very administrative and manual, and hence Vendorful as a concept was born!

The idea for Vendorful was borne out of an initial concept to build a sourcing tool for IT.

As customers demanded more and more features, they followed a strategy they called customer driven development. As David explains, this was based on features that existing customers were asking for rather than internally driven by product strategy.

This resulted in Vendorful growing initially to serve e-sourcing beyond the IT category, and then ultimately to become what it is now; a vendor lifecycle management platform which covers some of the activities further upstream and downstream which would have been conducted on email or spreadsheets.

Moving from Excel and ERP to one single platform

David knew they were onto something when a customer contacted them requesting something that had nothing relating to e-sourcing.

He gives an example of supplier onboarding and management where a customer was manually typing in and uploading documents into an ERP system, and managing the records through an Excel spreadsheet which was manually updated.

Knowing that there was a better way, this led Vendorful to be developed into more of a full stack vendor management system, covering much more than just e-sourcing. Indeed, eliminating a lot of manual processes around vendor lifecycle management (VLM) is one of the key attributes they now see as their USP.

VLM platform plus P2P integration outside of ERP

Vendorful doesn't touch any steps of the procure-to-pay (P2P) process and instead sees itself as a platform that would go hand-in-hand with a best-of-breed P2P platform. This tech stack is a very viable alternative to one of the established source-to-pay (S2P) suites, or indeed trying to perform this activity natively in an ERP system with, inevitably, the need to revert to email and Excel for some of the process and analysis.

They see their segment and price point as being particularly competitive to mid-sized businesses and even to some enterprises who perhaps want something more user-friendly or versatile.

Their cost is in the low 6-figure ($) typically versus price tags of over $1 million for enterprise level S2P suites. David quips that it was once described by a sales executive for one of the suites as "Google Docs for Procurement"!

If the suites see them potentially as a danger and move into their market segment, what ways can they differentiate themselves and compete with companies with a much bigger marketing budget?

Vendorful is a new product and is not built on a legacy tech stack that is over 10 years old. It is seen as more versatile and is able to cope with more complexity, based on some of the feedback they have received from customers who have done RFIs and RFPs and have ultimately sourced

They do 5 or 6 different things narrow and deep, rather than trying to do everything wide and shallow. David gives the example of not trying to complete with full stack contract lifecycle management software platforms as an example of this.

What is the downside of buying a tech stack of individual best-of-breed solutions?

David coins the term "mini suite" to differentiate what Vendorful is and what it does versus the "one trick pony" very niched down best-of-breed solutions. He describes it as a "Goldilocks" solution, where the customer perhaps needs to invest in 3 different pieces of software rather than 10+ different applications that all, somehow, have to speak to each other and work in tandem.

While eRFX is too narrow, similarly building a suite to compete with the big, established players was seen as being an unviable strategy to succeed in a crowded, mature marketplace.

Email and Excel as competitors

We briefly discuss how, even with so many e-sourcing solutions out there, many of them are not necessarily competing against one another.

Rather, the huge market out there they are seeking are the businesses that are still using email and Excel to manage their vendors and their e-sourcing requirements.

Can you still manage all of this using Excel? Sure, but it will take you longer as an end-to-end process and it will require more administrative management. In essence, it's a false economy, which over time will result in your organisation becoming less competitive.