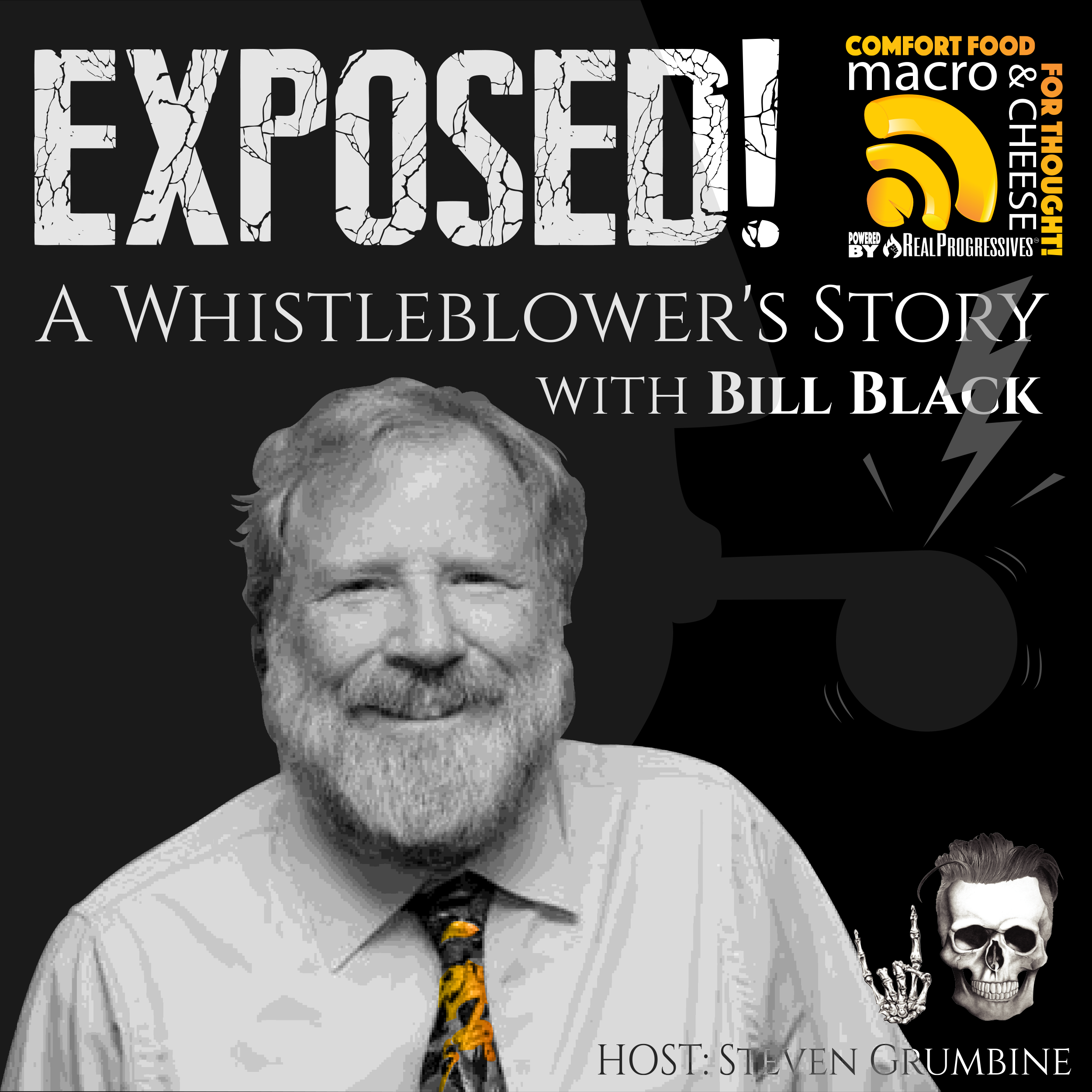 Regulatory agencies taking on Savings & Loan fraud may not be everyone’s idea of a swashbuckling tale, but for us nerdy types at Macro N Cheese it’s pure gold. It has villains like Charles Keating and the Keating 5. (No, that’s not an English rock group from the 70's.) It has unsung heroes whose names aren’t known to most Americans, including our special guest, Bill Black, and the cofounders of Bank Whistleblowers United. Had people like them been allowed to do their job, the Great Financial Crisis of 2008 might have been prevented, along with the economic devastation of millions of people.

Financial fraud is somehow beyond the ken of neoclassical economists whose assumptions about the behavior of corporations render them blind to reality. They are left baffled and unable to explain the S&L debacle and the GFC. But, as Bill reminds us, seeking profit is risky; it’s a gamble. “Why would you think the CEOs are gambling when fraud is a sure thing?”

In the 1980s and 90s, regulators noticed that S&Ls were behaving in a way that made no sense under traditional economic models but made sense if they were engaging in what was called “control fraud.” The explicit targeting of Blacks, Latinos and the elderly became known to the rest of us during the subprime mortgage crisis - there have even been movies about it - but regulators saw it even then. “Control predation” functioned under the assumption that people who were less likely to be economically sophisticated would be easy marks.

The history Bill relates is long enough to write a book about. And he did -- The Best Way to Rob a Bank is to Own One: How Corporate Executives and Politicians Looted the S&L Industry.

This interview begins with the tale of Long Beach Savings, which morphed into Ameriquest, the Johnny Appleseed of fraud and predation. Through successful manipulation of the system it managed to avoid prosecution, the fate of numerous other financial institutions in the early 90s. It landed outside the jurisdiction of the federal regulators and was allowed to grow for 13 years, pumping out 75 billion dollars in tainted loans. Ameriquest served as a blueprint for the other frauds and predators in that industry.

Another stream of this narrative takes us through what Bill Mitchell might call “capturing the state.” It involves increasingly outrageous political appointments, placing industry foxes in the regulatory henhouse. With Reagan appointees diverting prosecutions from within, and lobbyists and Senators applying pressure from without, a whole lot of criminal activity was allowed to flourish in the most powerful financial institutions in the world. Bill Clinton and George W. Bush took the axe to legislation, like Glass Steagall, designed to protect consumers.

The industry used its power to launch a smear campaign against the regulators at a time when anti-government ideology was taking hold throughout conservative and “New Democratic” politics. Our listeners will recognize the names of a number of the players, such as Alan Greenspan, appearing here as a lobbyist assigned to recruit Senators in support of Charles Keating. Keating, the CEO of Lincoln Savings, will be forever linked with the Keating 5, a group of US Senators, including John McCain, to whom he made huge political contributions and from whom he received outrageous favors. Greenspan and the Senators insisted that Lincoln Savings had a clean bill of health. The fact that it ended up with a loss of 3.4 billion dollars -- the largest failure in US banking history until the GFC -- didn’t deter Clinton from appointing him as Chairman of the Fed.

Bill Black is an Associate Professor of Economics and Law at the University of Missouri-Kansas City.  He is also a white-collar criminologist, a former financial regulator, former banker, and serial whistleblower.  He is a co-founder of Bank Whistleblowers United (BWU).