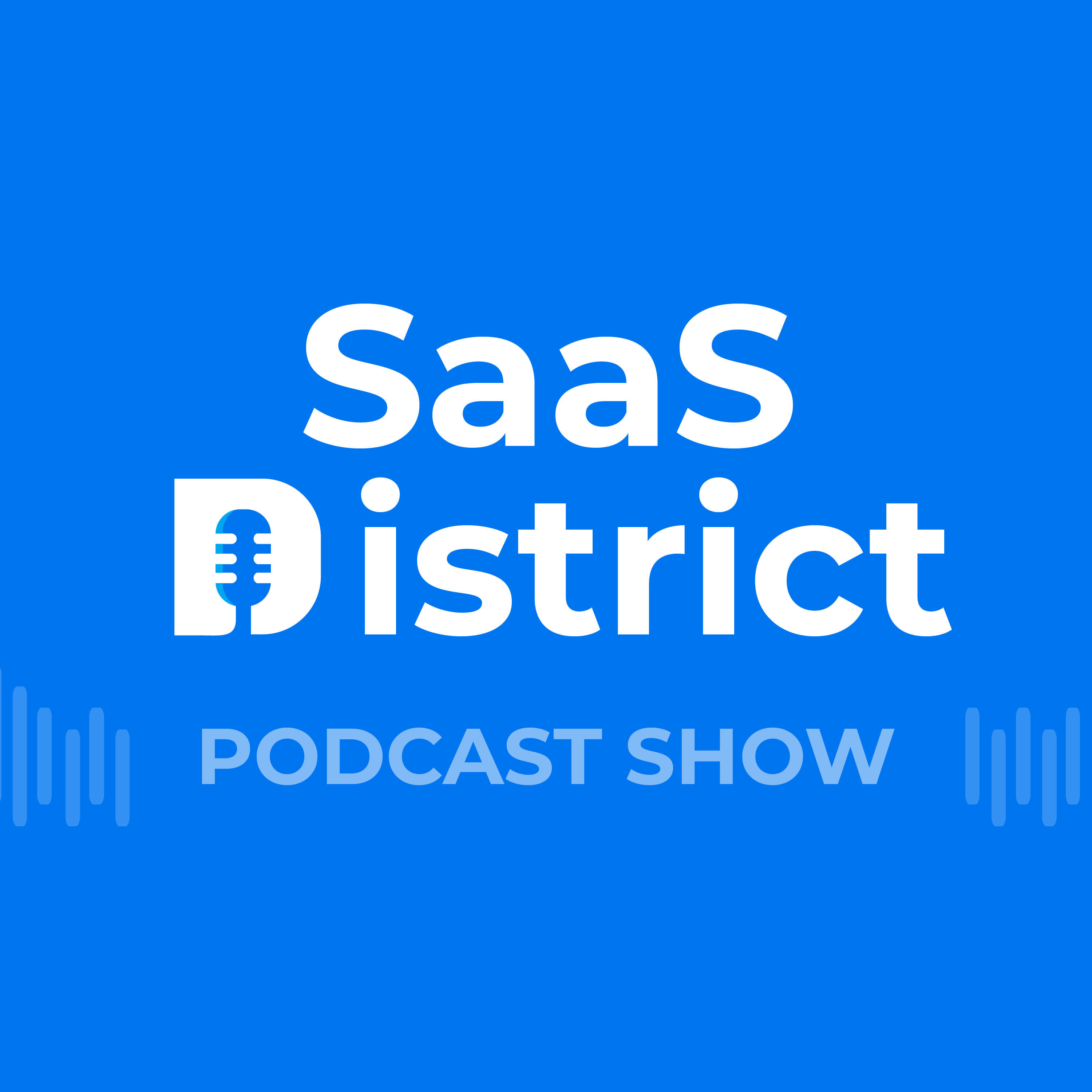 In today’s episode, Thomas Petersen (@Hello_World)  joins us for a 1-on-1 interview on the SaaS District podcast.

Thomas is a serial entrepreneur and startup expert in Service & Product Design, Innovation, Branding, UI/UX and just generally building great innovative Start-Ups from scratch. He has worked with hundreds of different organizations spanning from early stage startups all the way to large Fortune 500 companies. Thomas also co-founded Hello Group in 2006 which was sold to NOA Group in 2018, while  spending time with a company called 80/20 before they were acquired by Square in 2012.

He was the Creative Director at Square for 5 years, where he developed some of the core products and services that exist there today, taking it from a start-up idea all the way until their successful IPO.

He is now the Co-Founder and CEO at First Principle, a Creative Venture Studio focused on starting, helping and funding businesses, including founding several companies such as WeekendHacker and Ghostnote. At First Principle, Thomas and his team help entrepreneurs and corporations create category defining products around the world. Some industry leaders they’ve worked with to build these startups, include: Adobe, Intel, Verizon, HP, Fidelity, Sony, Google, CitiBank, Nokia, Amazon among many others.

Get in touch with Thomas:

Send in a voice message: https://anchor.fm/saas-district/message