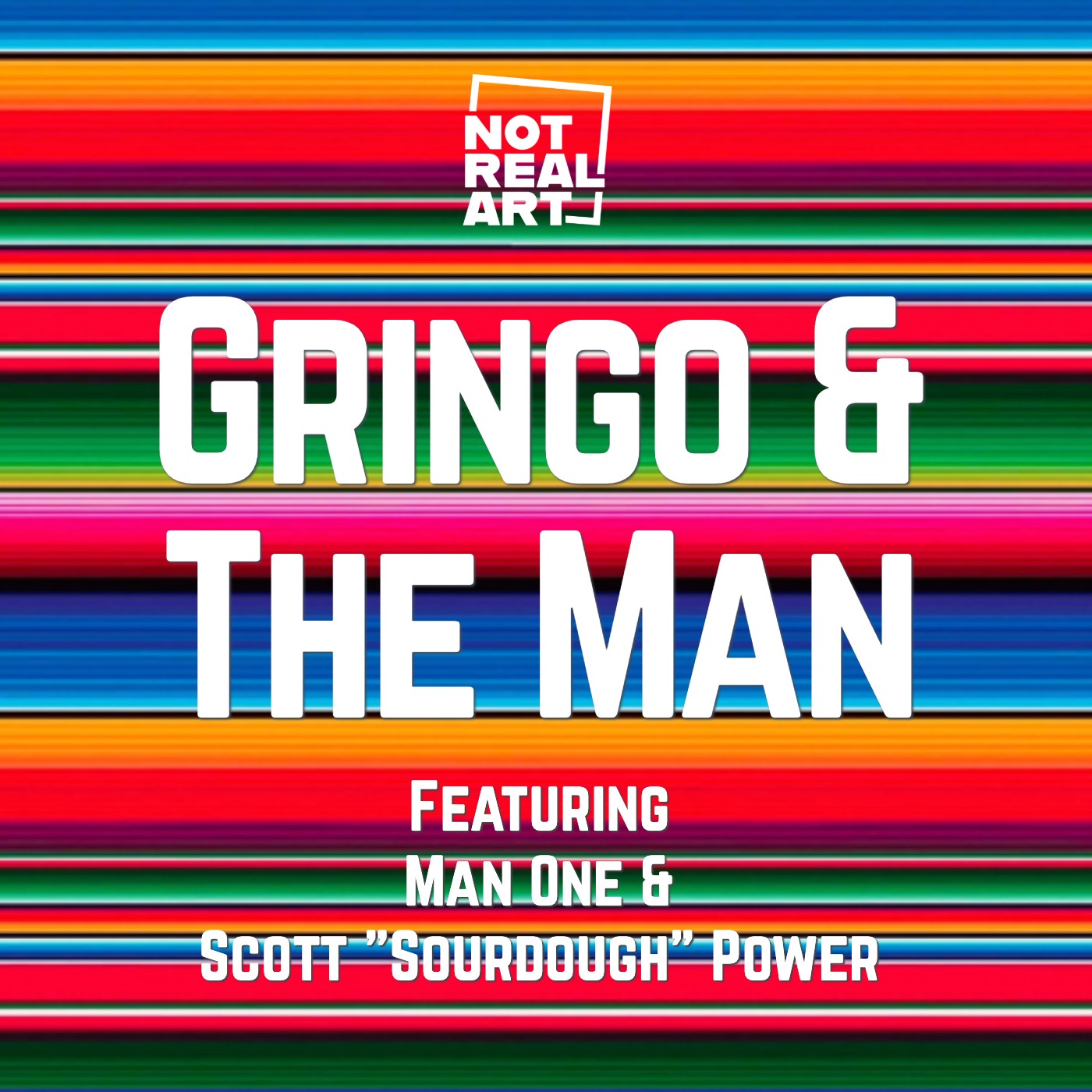 We are back again with the Not Real Art podcast and today’s show is a special one because Sourdough and ManOne finally got the chance to sit back and shoot the breeze together. The two OGs are back with another installment of Gringo and the Man! Have you guessed who the Gringo is yet? The vibe is always electric when these two get together and today’s show is no different. You’ll hear our hosts talk about everything from UFO sightings to the evils of Neoliberalism and everything in between. We kick the show off with some definitions (because you know we are all about the formalities here). ManOne lets us know exactly what a Gringo is and Sourdough tells us why he is happy to don the term with pride. We talk about why Humboldt University should have a blunt as a mascot, how badass Navy SEALS are, and what to expect from The Matrix Resurrections. ManOne also shares a bunch of hilarious travel stories involving nude beaches in Dubrovnik and bouncers putting drunken macho men to sleep in London. So for all this and more, join Gringo and The Man today!