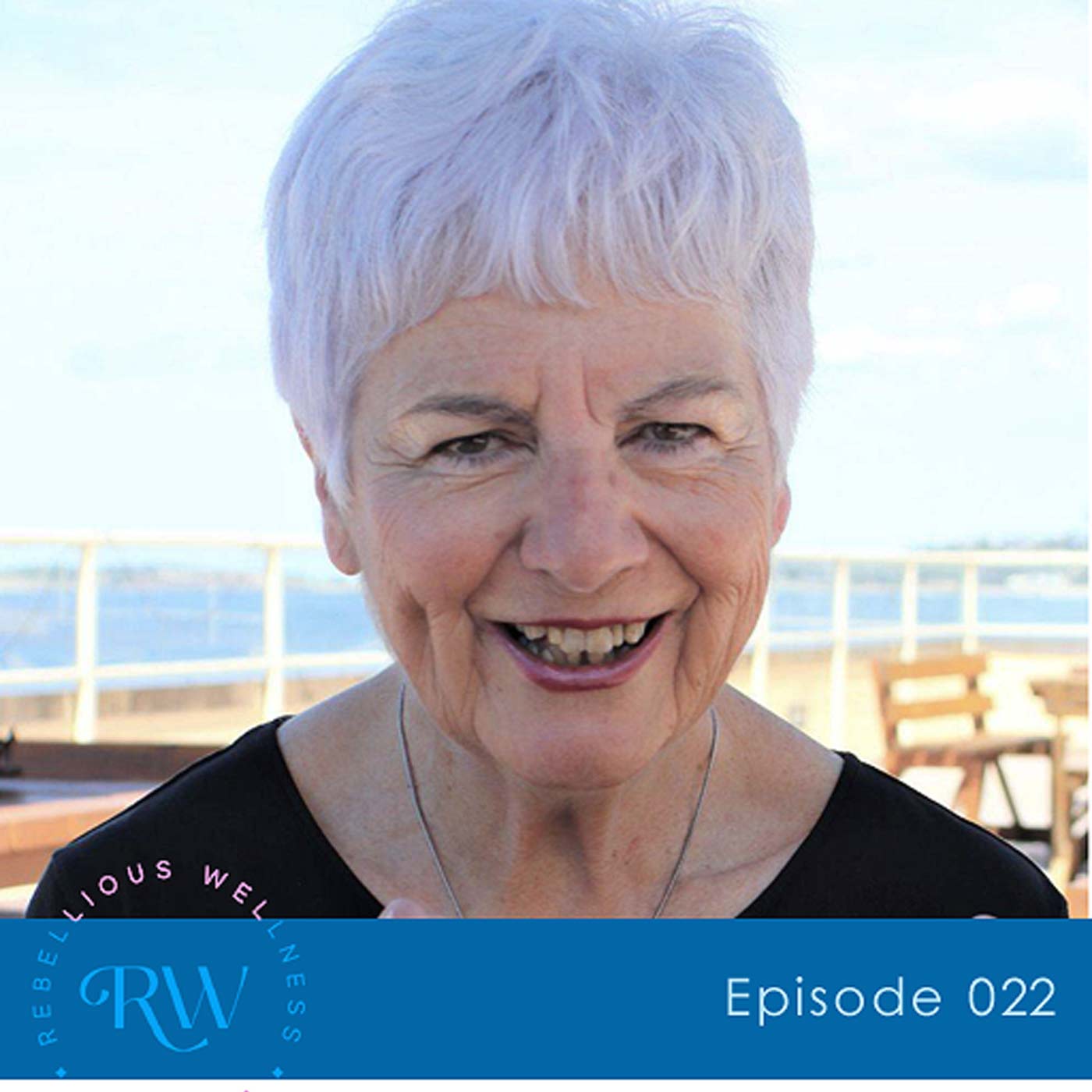 You might think that a conversation with a genetics expert might be tough to follow or dry. My guest, Dr. Judy Ford, is both easy to understand and anything but dry.

She is able to explain how all the pieces of the complex puzzle that is aging fit together: Telomeres, Senescence, Fat Metabolism, Mitochondria and Inflammation, and more.

Here’s what you’ll hear in this episode:

How a game of backyard cricket and a little boy with Down's syndrome started Dr. Ford on her journey into the field of genetics.

She studied prenatal diagnostics, cancer—mostly luekemias—and started up a research lab with a large staff as well as a private lab.

She had success for decades until one day, in true rebellious fashion, she spoke out about a discovery she’d made.

“And then I got into trouble. And I got into trouble because I started speaking out, finding out funny results that showed that people who had been exposed to chemicals, particularly in the workplace, but sometimes where they lived, toxic chemicals, I was showing that they had broken chromosomes and they were very sick.”

Lucky for us she began speaking and teaching and had time to write her book. “Why We Age.”

How much influence do our genes have in how we age?

I asked Dr. Ford about a stat I have read more than once, “Genes are 20 to 30 percent responsible for how we age, what we get, or how we look is that you concur twenty to thirty?”

Her reply, “Some genes are very powerful, you know, and cause people to die very early, very young.

There are a lot of smaller genes that, if you like, smaller but less powerful genes, and you need probably more of them to have an effect. If you have one it won't have much effect. But if you have A plus B plus C plus D plus E, and then you may be very unlucky.”

What about those people who live to be 100 and beyond?

“There are certain genes that are found to be more prevalent in centenarians. So people who really live a very long time are more likely to have some particular genes and they definitely won't have than others.”

There are maybe 2% of important genes that will define us one way or the other.

We have to ensure we are getting our trace elements like sulfur, glutathione and selenium.

How do we take care of our glutathione?

Dr. Ford sakes MSM, Methylsulfonylmethane. Because it contains sulfur and glutathione requires sulfur for production. You do get sulfur from eating protein as well. If you are lucky enough to live near a sulfur bath visit regularly.

Selenium is also found in foods and three Brazil nuts a day will give you all you need.

NAD (nicotinamide adenine dinucleotide) is a key player in energy metabolism. I asked Judy about this supplement because I’m taking it and have high hopes about what it is doing for my aging mitochondria—our cell’s energy power plants. She said she isn’t well read on this one so we moved on.

She did say that “The best way to increase your mitochondrial function is by exercise.”

Telomeres were on my mind

Here’s an easy to follow page explaining telomeres—beyond “they are like the bits of plastic on the end of a shoelace” most of us have heard.

Many of our lifestyle choices shorten telomeres—like sun burn and broken bones. Childhood illnesses can prematurely shorten them as do some genes.

Another fun fact: “The only thing that is known to increase telomeres is having an older father, older fathers produced sperm that have slightly longer telomeres.” Here’s to all the old dads!

Which is not to say it doesn’t have benefits for overall health whether it’s fasting or intermittent fasting.

We talked about nutrigenomics, or gene testing to tell us what to eat, and the future of medicine and genes.

Dr. Ford’s book “Why We Age” is focused on explaining this telomeres and what happens.

Check out her Youtube channel for some interesting tidbits on genes, food, and aging well.