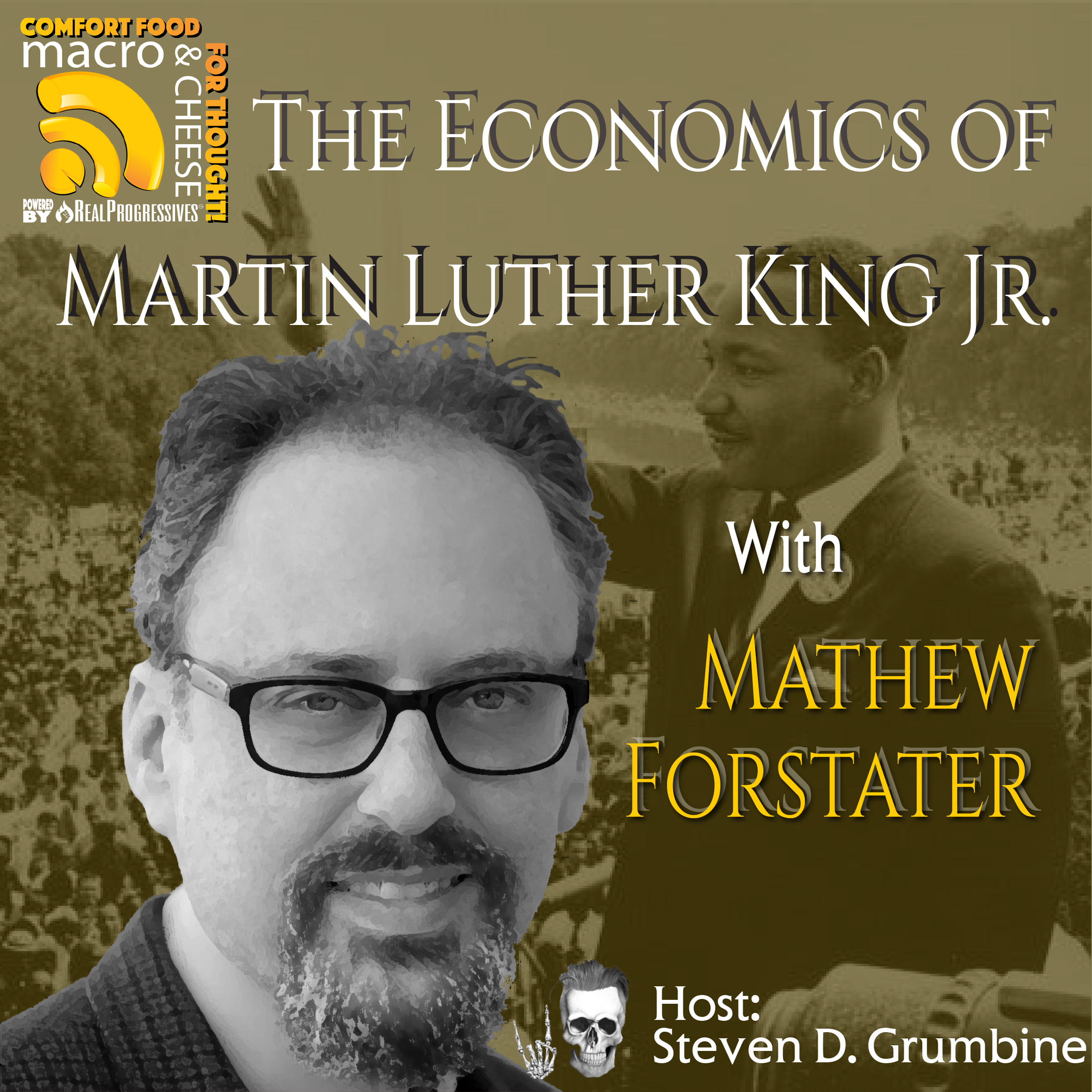 The mainstream media has created a pasteurized and homogenized version of Martin Luther King, Jr, befitting the neoliberal cultural bell jar. That being said, our friend Mathew Forstater reminds us that Dr King had a laser-like focus on economics and unemployment. The massively successful August 1963 march was called The March on Washington for Jobs and Freedom for a reason. Without economic security, the social and political advances of the civil rights movement cannot take hold.

Steve kicks off the interview by asking Mat to speak about MLK in the context of today’s debate about a Universal Basic Income versus the Federal Job Guarantee.

Dr King and other civil rights leaders promoted an economic bill of rights that was specifically and intentionally not a UBI. The three-part platform demanded a job for anyone willing to work, an income guarantee for those who cannot work, and a raise in the minimum wage sufficient to lift the working poor out of poverty. All three prongs are necessary -- a job guarantee alone doesn’t help those who cannot work; raising the minimum wage doesn’t help the working poor.

Dr King’s vision of a job guarantee encompasses four vital components:
1. The development of education and skills must be outcomes of the program and not prerequisites. Rather than being trained for nonexistent jobs, people are to be hired first and trained while they’re being paid.
2. Any jobs should produce community services -- the public and social services that are in short supply and benefit the neediest communities. Labor is directed to our most pressing demands, including environmental and social justice.
3. The program generates income for families that have unmet basic needs. There must be an improvement in basic standards.
4. Acknowledge that there are numerous psychological and social benefits for individuals, families, communities, and the nation as a whole. This is based on MLK's recognition of the social and economic costs of unemployment. Research outside the field of economics (anthropology, social psychology, sociology) confirms the importance of work.

In contrast, a UBI provides no development of skills and no production of public services to benefit the community. In a UBI only the income piece is addressed.

Supporters of the UBI tend to look at work or human labor not as it was meant to be -- a pursuit of one’s life mission. They're looking at dead-end low-paying jobs with horrible working conditions. It's understandable that they would oppose that kind of work.

We have always distinguished our version of a job guarantee from draconian workfare -- the kind that forces welfare mothers to take underpaid jobs where they'll develop no skills or knowledge. Our plan is built around the understanding that people enjoy contributing, working with others, and developing their talents. For models, we look to successful programs of the past like the WPA, CCC, and Argentina’s Plan Jefes.

In the rest of the interview, Mat explains that Dr King was not alone in advocating for a JG. He talks about the history of the Humphrey-Hawkins Act, which was originally intended as full-employment legislation but ultimately was gutted. From 1946 to 1978 virtually every major African American leader and organization came out for full employment, including James Farmer of CORE, Bayard Rustin of the AFL-CIO’s A. Philip Randolph Institute, and Oliver C. Cox, who wrote a number of Marxist critiques of capitalism. The second demand of the Black Panther Party’s 10 Point Program was that the government provide “full employment for our people.”

We know our Macro n Cheese audience will appreciate this fascinating history of the intersection of the civil rights movement and the ongoing fight for a Federal Job Guarantee.

Mathew Forstater is a Professor of Economics at the University of Missouri–Kansas City and Research Director at the Global Institute for Sustainable Prosperity.