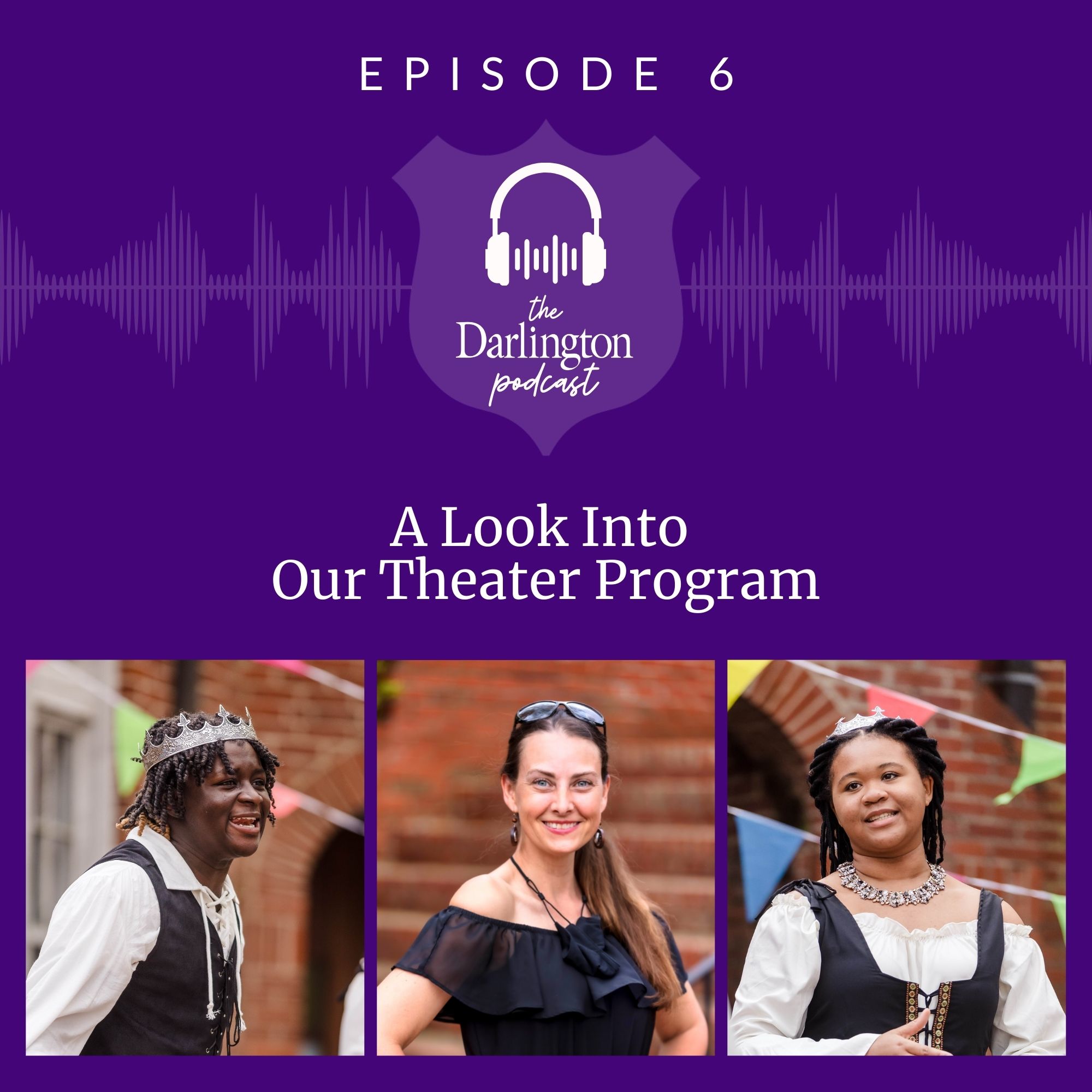 Welcome to Episode 6 of The Darlington Podcast!

In this episode, Shelley Daniel, theater director, chats with two members of the class of 2021 who have made a huge impact on the theater program during their time at Darlington. Daria Black is a four-year boarding student from Cinnaminson, N.J. and Siji Soetan is a two-year boarding student from Lagos, Nigeria. Both have held a number of roles as members of the Darlington Players and learned to pivot during their senior year with a transition in the fall to the Darlington Digital Players. Siji is a four-star member of the International Thespian Society and has been involved in six shows during his time at Darlington. Daria is a seven-star honor thespian in the International Thespian Society and has been involved in 10 shows during her four years by the Lakeside.

Appropriately recorded at center stage of the Zelle Black Box Theater, this podcast is more like a chat among friends who have been through a whirlwind year of producing theater in a number of nontraditional mediums. With three digital productions in the fall, an adapted radio drama, and then an outdoor dinner theater production of "The Brothers Grimm Spectaculathon'' in The Cove this spring, these two seasoned actors and their fearless leader have had a year like no other.