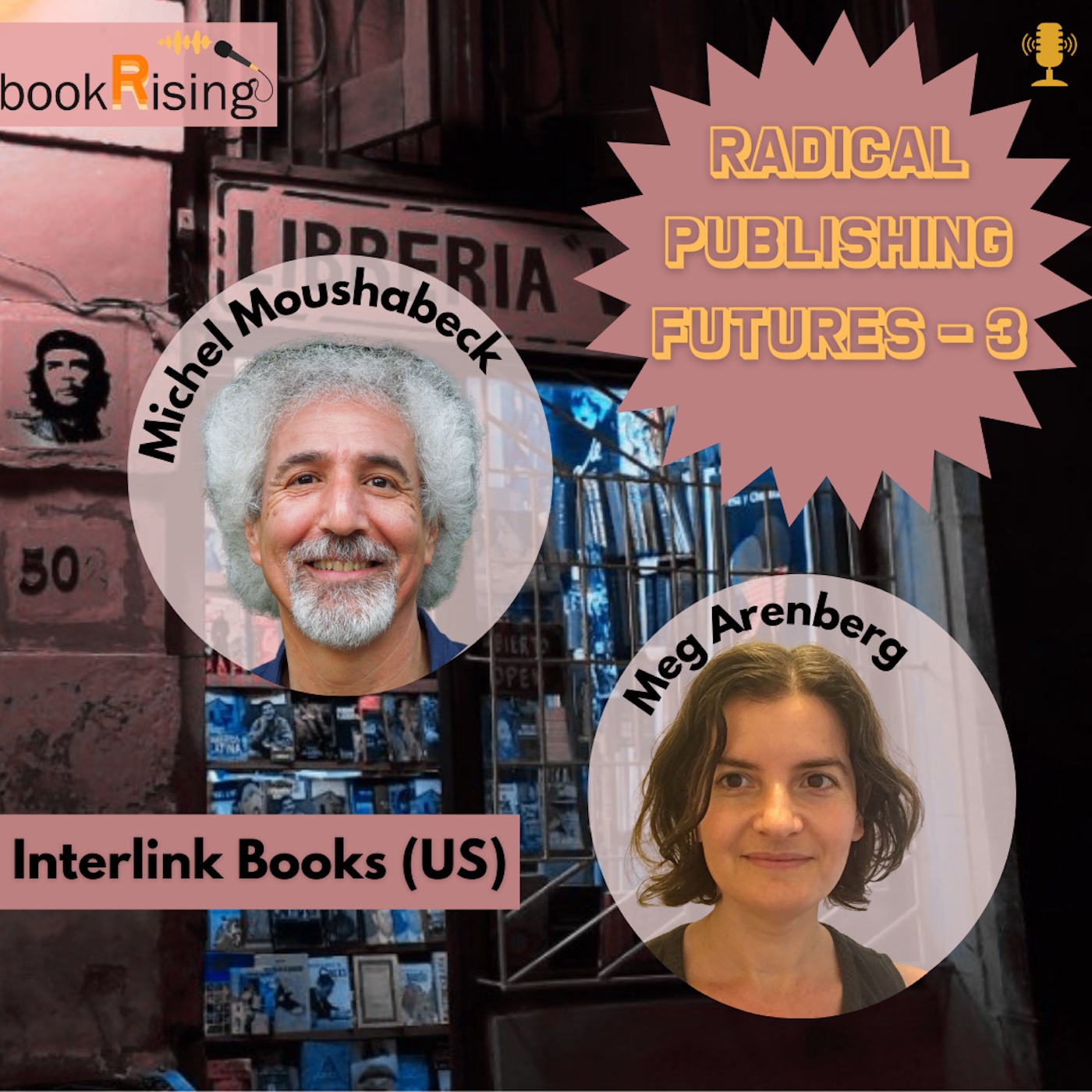 In this episode of the Radical Publishing Futures series, host Meg Arenberg sits down with Michel Moushabeck of Interlink Publishing based in Northhampton, Massachusetts. Interlink Books is especially known for its award-winning cookbooks, but also publishes a wide range of titles in literary translation, history, politics, and travel, as well as multicultural children's books. In the course of their conversation Meg and Michel discuss how Michel's background as a Palestian exile and a student activist from a literary family led to his founding of Interlink, how publishing cookbooks has helped pave the way for publishing international literature and how the pandemic forced new business models on the press. Michel also offers a beautiful introduction to Joumana Haddad’s The Book of Queens , the chosen book for the Radical Books Collective's 12th bookclub hosted by Bhakti Shringarpure on May 7th 2022.

In addition to his work in publishing, Moushabeck is a writer himself (author of Kilimanjaro: A Photographic Journey to the Roof of Africa from The Armchair Traveller in 2011, and A Brief Introduction to Arabic Music published by Saqi Books in 2014), a translator and editor of Arabic literature, and a musician and founding member of the Boston-based Layaali Arabic Music Ensemble. He was also the recipient of the American-Arab Anti-Discrimination Committee’s Alex Odeh Award in 2010 and The Palestinian Heritage Foundation Achievement Award in 2011.