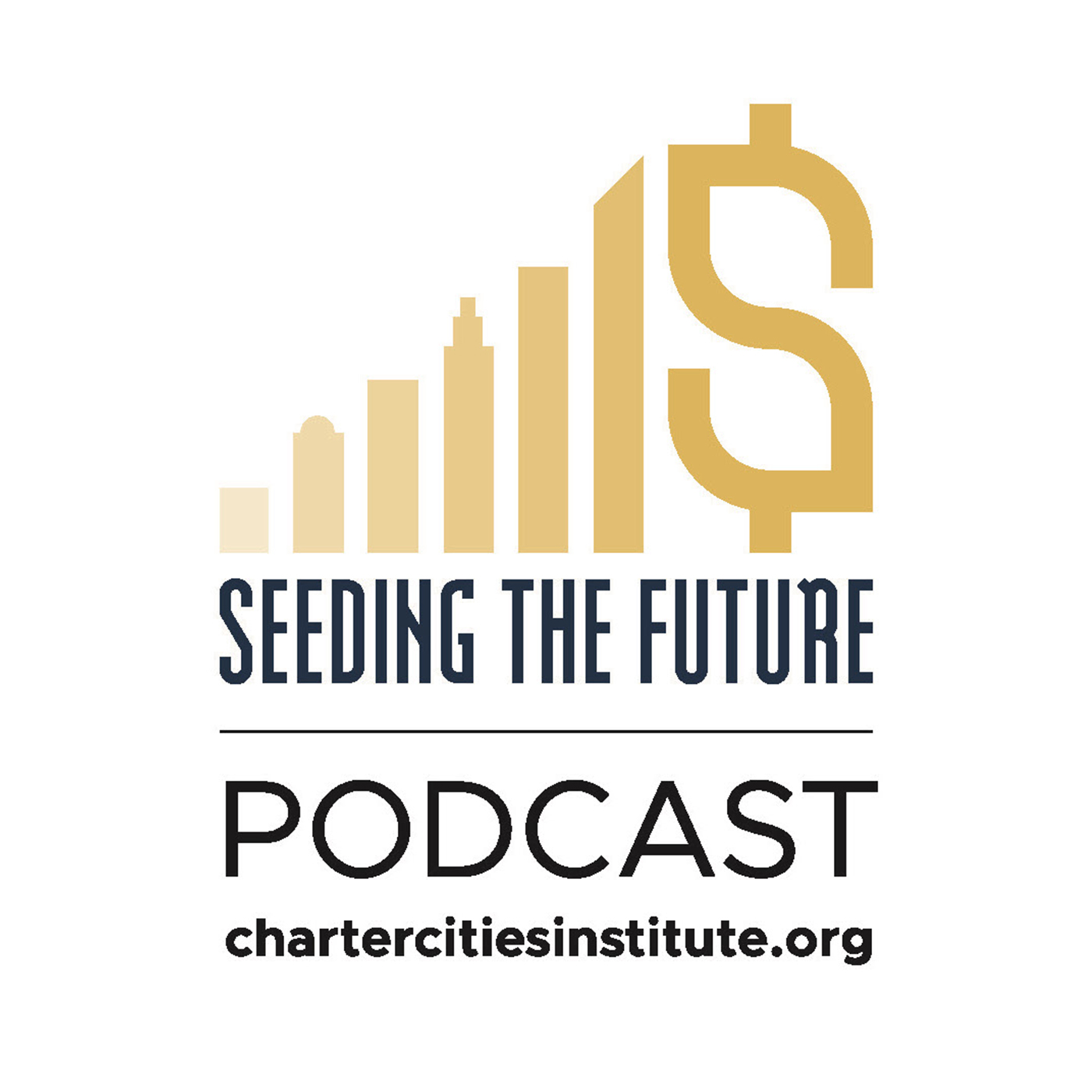 Welcome to Seeding the Future, a podcast from the Charter Cities Institute, where we explore how giving and philanthropy are changing as wealth is created in new industries, at younger ages, and by more diverse demographics. In this inaugural epode, we hear from John Arnold, American philanthropist, former Enron executive, and Founder of Arnold Ventures, about philanthropy for policy change. John hit it big trading natural gas in the 1990s and 2000s, going on to found one of the most successful energy trading hedge funds, Centaurus Energy, after leaving Enron. He now ranks as one of the world's richest people, with a net worth well over a billion dollars, and runs Arnold Ventures (formerly the Laura and John Arnold Foundation) with his wife, an organization doing groundbreaking work in criminal justice reform. Today, John shares how education reform, system design, and public policy inform his giving and some of the challenges he has encountered in advocating for policy. We discuss political polarization, crypto wealth, and their impact on philanthropy and John shares his interesting perspective on nonprofits as third parties that can solve problems in areas that governments and the private sector can’t, plus so much more! Make sure not to miss this conversation with the billionaire philanthropist taking on criminal justice reform, John Arnold.

•   What his strategy for impact entails when it comes to advocating for policy.

•   Major changes John has witnessed in philanthropy, including a shift to ‘giving while living’.

•   Bridging the gap between founders and the nonprofit world with patience and commitment.

•   Why John believes nonprofits need to be more direct with donors.

•   Challenges that come with advocating for policy, particularly in the criminal justice space.

•   Political polarization and philanthropy; what role nonprofits can play in voting reform.

•   How decentralized crypto wealth will impact the philanthropy of the future.

•   Global conflict resolution efforts and why organizations have lost momentum in this area.

•   Finding problems that philanthropy can solve by looking in areas that are too politically or financially risky for the government or the private sector.

•   The inherent flaws of donor-advised funds that the ACE Act seeks to solve.

•   Why John is impressed by philanthropic efforts in the climate change space.

•   Why he encourages founders, philanthropists, and nonprofits not to wait until tomorrow.

•   How to address the issue of connecting nonprofits with donors and vice versa.