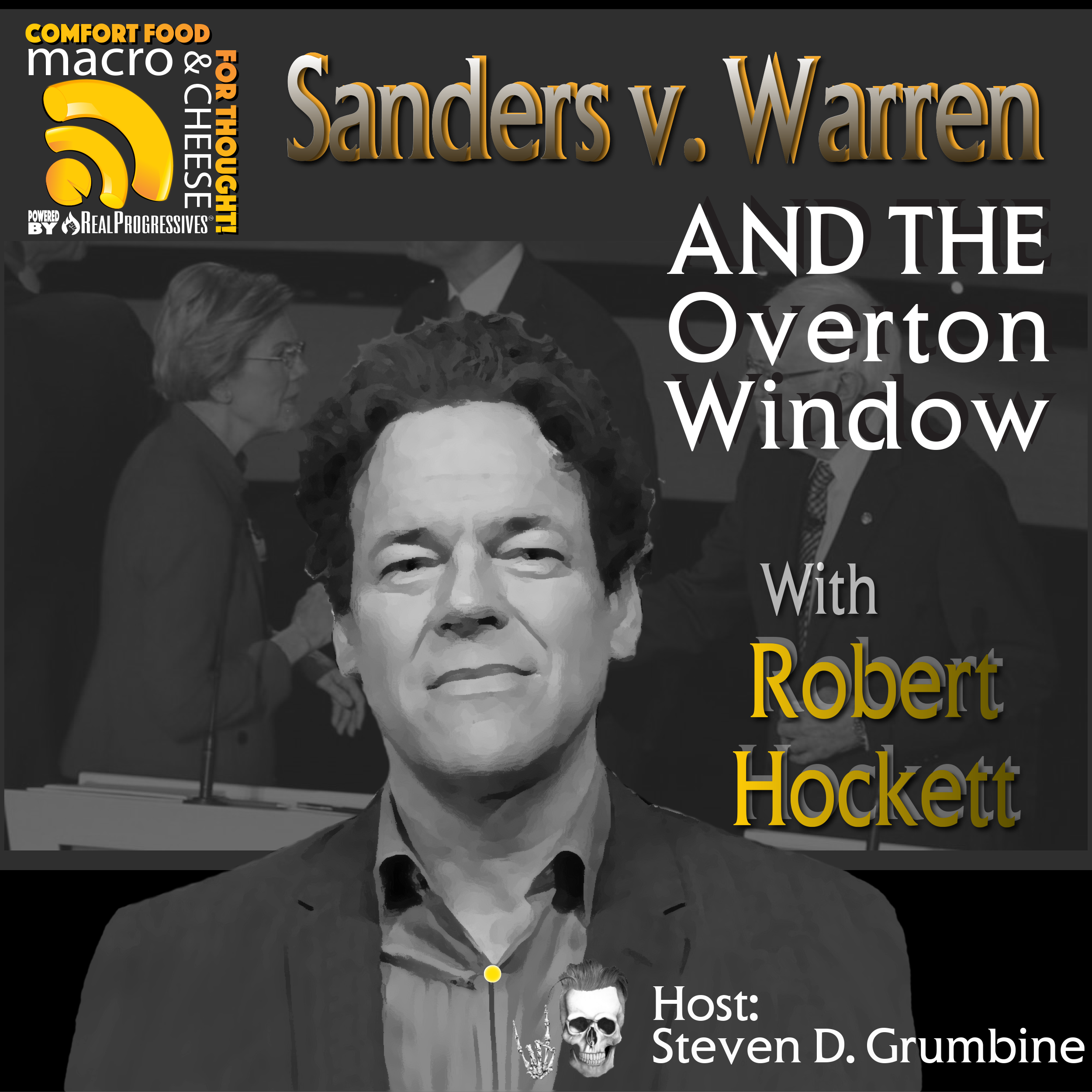 On a podcast that’s primarily about macro, today we’re compelled to talk about the cheese. The last time Bob Hockett was here, he told a skeptical Macro & Cheese audience that Elizabeth Warren was genuinely progressive and, he believed, deserving of our trust. We’ve seen him on Twitter, getting into testy exchanges about her motives. Now he sadly acknowledges that those motives are less than pure.

Last week on the debate stage, Warren called into question Bernie’s truthfulness. In apparent collusion with CNN, her campaign released a story alleging a negative attitude about the possibility of a female US president. Nobody who has followed Senator Sander’s career would believe this story but it succeeded in muddying the waters, diluting his message, and hijacking the news cycle.

Bob examines all possible hypotheticals of Warren’s motives, sincerity, and beliefs -- and she comes up short. As he puts it, nobody who is serious about helping the working class would employ such a movement-splitting gambit. Even if she truly believes in the programs she proposes, her actions reveal a level of opportunism. In July she was on the same debate stage hugging Bernie, yet she claims that he made this dubious statement in 2018? Either she believes he is misogynous or she doesn’t. What changed last week other than a slip in her poll numbers?

Steve and Bob spend much of the episode exploring the reality of political calculations and questioning the invisible hand of the party machine behind certain campaign tactics. They consider the different types of alliances - or “marriages of convenience” - debating how to engage without compromising one’s core principles. It’s a slippery slope for which there are no easy answers. Join us for this thoughtful discussion.

Robert Hockett is the Edward Cornell Professor of Law at Cornell Law School, Visiting Professor of Finance at Georgetown University's McDonough School of Business, and Senior Counsel at Westwood Capital, LLC. He specializes in the law, economics, and philosophy of money, finance, and enterprise organization in their theoretical and practical, their positive and normative, and their local, national, and transnational dimensions.