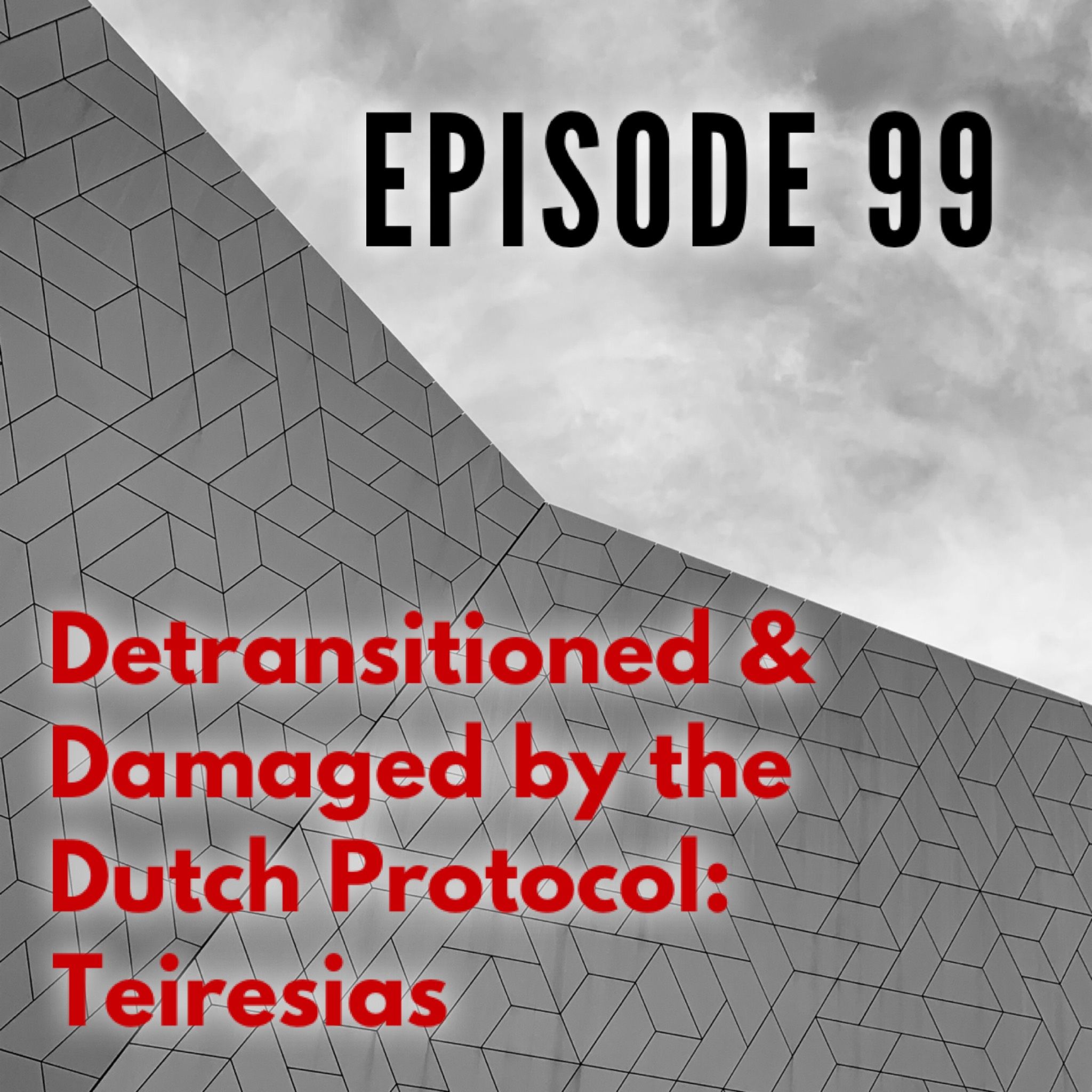 In this last episode before our break, we begin with some important and exciting announcements about what listeners can expect in 2023 from Gender: A Wider Lens. We then launch into one of our most important interviews yet: “Teiresias” was a patient at the notorious Dutch clinic. Unlike the common misconception that the Dutch used an air-tight method for correctly identifying kids who would benefit long-term from transition, Teiresias’s detransition reveals the truth about childhood gender medicine, even when it’s being practiced by the “gold standard.”

He speaks out about his medical transition and subsequent detransition. Teiresias was a feminine boy who, with puberty, became increasingly distressed by his same-sex attraction. One day Teiresias watched a TV program where a trans man described the happiness that came about as a result of medical transition. A seed was sown, and Teiresias turned to the internet where he was encouraged by older trans women to transition as soon as possible.

Teiresias describes the way the Dutch clinic ignored his childhood trauma, the difficulties with his father, his self-loathing, and his internalized homophobia and instead, led him on to a medicalized pathway with the gender affirmative approach. An over-eager surgeon encouraged Teiresias to undergo many procedures until one day he realized he was chasing a false dream. He then decided to get off the fast track and began his detransition.