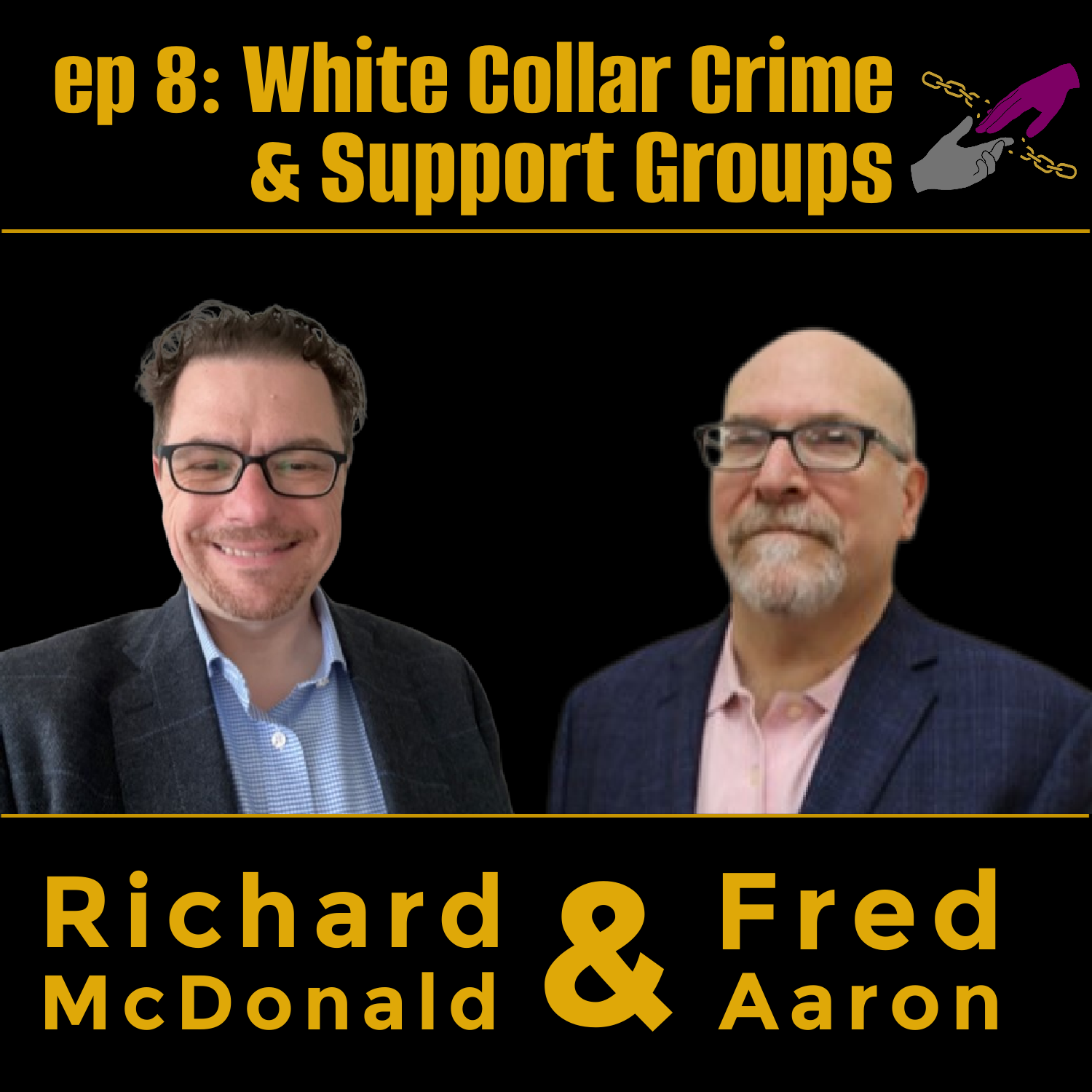 Two wonderful individuals share about white collar crime, the ramifications and the support needed after release.

Fred Aaron is the Grant Writer for Interrogating Justice, as well as a contributing writer for Interrogating Justice and How to Justice. Becoming a justice-impacted person wasn’t on Fred’s bucket list, but a series of bad decisions and errors in judgment led him to a 14-month bid at FCI Otisville. Prior to that, Fred had practiced law in New York State for over 25 years, including conducting a number of federal and state trials, and assisting nonprofits obtain IRS certification. Fred’s experience with the criminal justice system has given him insights into the need for reform and better opportunities for justice-impacted people. While at Otisville, he completed half of his course work for an MBA in Leadership from Adams State University, which he completed upon release. He holds a Juris Doctor from NYU Law School where he served as the Executive Editor of the NYU Review of Law & Social Change and a BA with Honors in Politics from Brandeis University.

Richard McDonald is the Director of Corporate Development for Global Arena, specializing in US based Mergers & Acquisitions. Richard has a background in Human Resources, Corporate Development, and is currently writing his first book Unshackled: Breaking the Chains of Addiction, Abuse, and Anger which is scheduled to be released in April 2023, which is the five year anniversary of Richard’s freedom from the chains of Oxycontin. Richard holds master’s degrees in human resources and finance from Colorado Technical University. Prior to going to prison, Richard was a Human Resources Director for a global manufacturing company. Richard spent over a year and a half in custody of the BOP. Since being released, he has worked as a writer and news liaison at Interrogating Justice and now serves on the Board of Directors for Interrogating Justice and How to Justice. Richard wrote a series of articles entitled “I’ve been in your shoes” (linked below).

Host: Kristine Bunch, Indiana exoneree and Outreach Coordinator for Interrogating Justice and How to Justice

How to Justice is a non-profit group that seeks to raise up justice-impacted people. Its goal? Provide easy-to-read answers to your questions about your rights before, during and after prison.

Interrogating Justice is a nonprofit, nonpartisan think tank. Our team of attorneys, advocates and allies take on some of the biggest legal, social and ethical justice-reform issues today. Our goal is simple: help shed light on the obstacles preventing our justice system from being just.

Donate: We have the largest database of resources for justice impacted people in the United States. Your donation will help us continue to educate justice-impacted individuals about the law and how to protect the rights that they are entitled to under it. It will pay for writers, fact checkers, and Spanish translators as well as outreach efforts. Any amount will help.