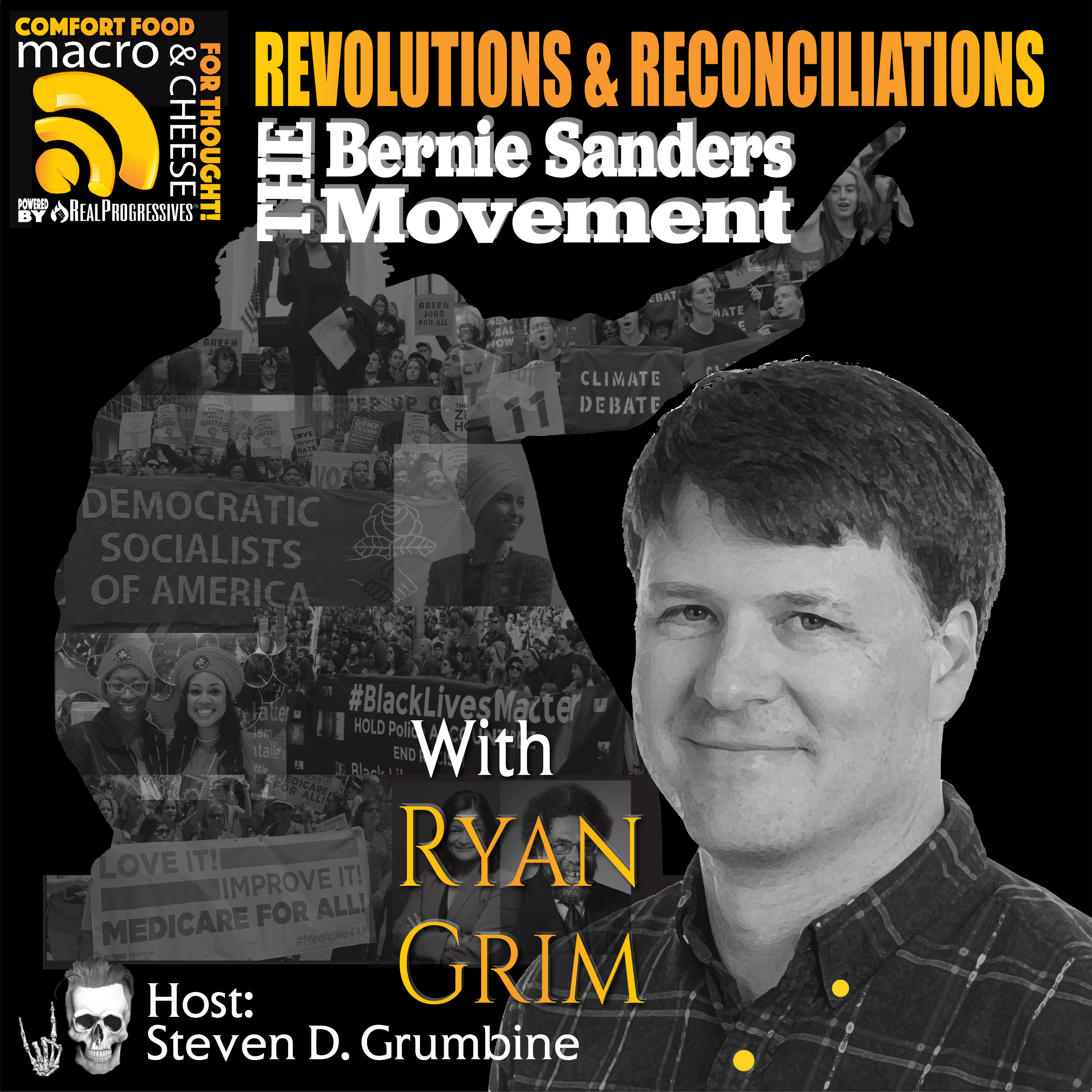 As The Intercept’s DC Bureau Chief, Ryan Grim is well-positioned to assess the American political scene. This interview took place a few days before Bernie Sanders suspended his presidential campaign, but the writing was already on the wall. We all know that the movement still has work to do, but we're faced with different possible strategies now that we no longer have Bernie to shine a light and bring media attention to it. Steve and Ryan discuss where to go from here.

Between the energy and attention generated by Bernie’s campaign and the coronavirus pandemic, the people have never been more open to progressive policies. For the first time, the idea of public health is taking hold. The US handling of the COVID-19 crisis is worse than anywhere else in the world. There’s an inescapable connection between that and the fact that we don’t have a real public health system in place. The patchwork quilt of private healthcare simply doesn’t work.

The mainstream media joined Bernie’s opponents in insisting we can’t afford universal single-payer healthcare -- and they’re all now exposed as economic illiterates. Those who claimed that 165 million people who are insured through their employers “love their insurance companies” now look like clowns.

The left has a real opportunity to expose these things and rethink what is possible. Ironically, most Democrats agree on the issues much more than Republicans do and yet are unable to build an effectual coalition. How did we end up with a candidate who represents almost none of the policies that the constituents want?

Steve and Ryan analyze what went wrong with the presidential campaign and speculate on what the next steps might be. What will the left do to make sure this revolutionary moment turns into something serious and long-lasting? They look at Alexandria Ocasio-Cortez and the “Squad.” Have their tactics changed? Will coalition-building be more effective than a more aggressive approach? For the first time, the left has been able to envision itself with an inexorable voice. Now we have to ask ourselves whether we are simply here to engage in the conversation or if we want real power.

Ryan points out that historically the success of a third party is contingent upon one of the two main parties failing. The Whigs were torn apart by the issue of slavery. Ryan is unconvinced that big money and corporate power will rise to that level. People won’t fight over capitalism the way they fought over slavery.

The conversation ranges from the very real threat of climate change to the very realistic depiction of contemporary dystopia in the film “Joker.” We’re not saying we have the answers, but you’ll certainly come away with a lot to think about.

Ryan Grim is The Intercept’s D.C. Bureau Chief and author of the book “We’ve Got People: From Jesse Jackson to Alexandria Ocasio-Cortez, the End of Big Money and the Rise of a Movement.”